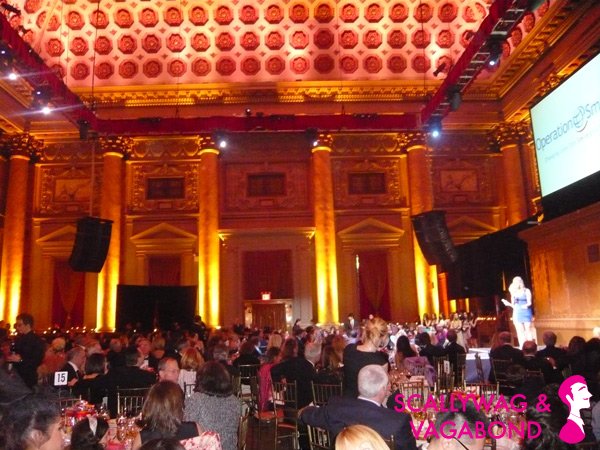 Though it took me a while to figure this out, I have finally come to understand that the event-related press releases which get sent to reporters in this town are not really intended to have any relationship to actual reality, but are rather something more akin to Dadaist performance art, signifying nothing concrete. The release for Thursday evening’s Operation Smile benefit gala, for instance, admonished reporters to check in “no later than 6:15 pm,” and thus it was that I rushed to Capitale, the Bowery’s most pleasantly posh ballroom venue, in order to arrive at 5:50, at which time I was informed that media would be let in at 6:30. Accordingly, the scheduled segments – the red carpet entrance and such – were all conducted somewhat later than scheduled. One would think that this sort of thing would result in chaos or confusion, but it somehow never does.

Outside, the media milled about (Incidentally, I was pleased to see several grizzled old photographers of the sort one sees depicted in movies from the 1950s, as one rarely sees such a specimen these days; they and their counterparts across the media have been almost entirely replaced by members of the twenty-something creative class, the nomadic army which makes its operational headquarters in Williamsburg, which is now set to colonize Bushwick). 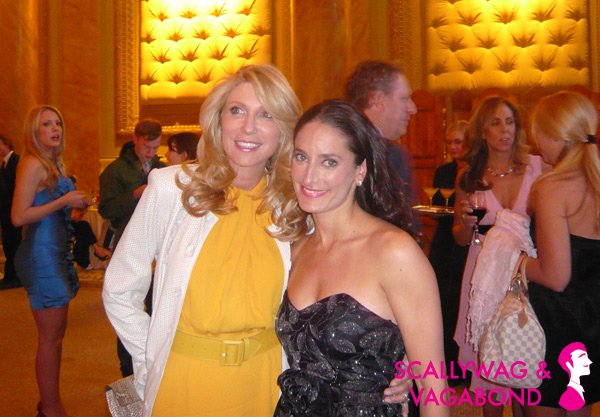 Concurrently, several non-media types attempted to get inside with varying degrees of success. A large WASP in a nice suit, told that he would have to wait a few minutes before going in, was of the contrary opinion that he could indeed go in right then, and he proved himself right by walking right past the doorman, who followed him before returning outside. Presumably, Large WASP In a Suit was able to make quick contact with whatever event organizer or other person of influence could confirm that Large WASP in a Suit was a very special WASP indeed and was allowed or even required to be inside. Be assured that I am just as disappointed as you are with how that story turned out.

Eventually, the doors were opened, as is often the case with doors. Inside, the photographers set up in front of the little setup whereby attendees, particularly the more famous among them, were supposed to stand in front of the big banner-thingy to be photographed and then subsequently interviewed. I would imagine that there several technical or even laymen terms for all of these things, but I can’t figure out what they may be. At any rate, I skipped out on most of the celebrities but did speak with Jermaine Browne, the celebrated choreographer who plies his art for Britney Spears, Christina Aguilera, and the like, and who’s currently preparing Ana Vissi for her upcoming European tour which kicks off in Greece this summer. He’s also a very pleasant fellow, but then again why wouldn’t he be? 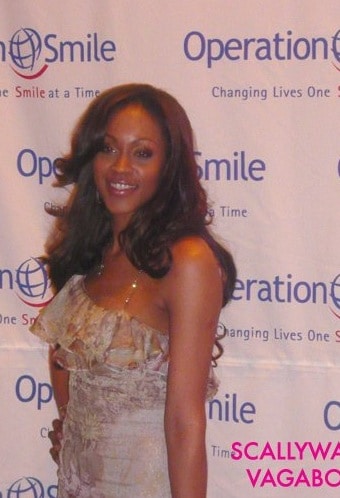