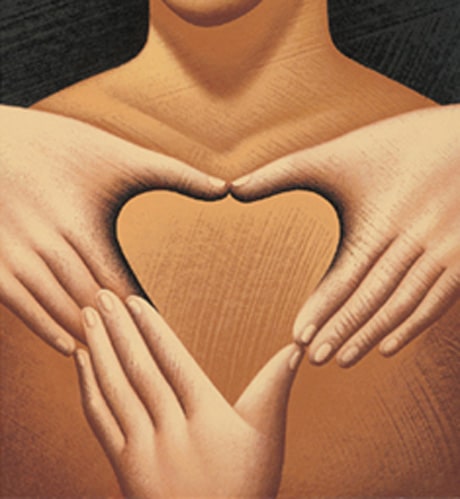 I had a dream recently in which I was in a relationship.

It was one of those dreams that I have infrequently but that I enjoy claiming my subconscious has trademarked: The First Crush Dream. The First Crush Dream invariably combines only the most positive aspects of some (if not all) of my past lovers, places them in the person of some person with whom I am only slightly familiar and for whom I have no (conscious) romantic affection, and plays all of its action out as if everything is occurring during those first blissful, seemingly perfect weeks or months of any relationship in its infancy. The person in question, as they were in my most recent First Crush Dream, is always alarmingly perfect: they know me; know what to say to me; and even know what to feed me, in ways that no other human knows. They are, in essence, “All That, Plus More.”

For days following such dreams, I tend to ruminate on them excessively, overanalyze them to no end, attempt to conjure them again when I do return to sleep, and, in the case of this most recent dream, ponder what, precisely, made the other “All That, Plus More.” This time, I even scoured my own experiences and relationships, and compiled a brief guide to all of the clues that I believe indicate one has found a lover who is, in fact, “All That, Plus More.”

THEY COMMUNICATES HONESTLY (AND IN A TIMELY MANNER)

I know this seems as if it should be a no-brainer, but honest and timely communication is often so rarely achieved and the one potential flaw that we so often tend to overlook, make excuses for, or generally just “tolerate.” This should not be the case. Assuming you are as honest and timely in your own communication with them as you would expect your potential new lover to be with you, there is no reason why, in our current age of hyper-connected, ambient awareness, you should settle for anything less than the same in return. (Unless, of course, you are being a nagging shrew with them, in which case, you shouldn’t be focusing on this list, you’ve some issues of your own to process.) Any one who returns text messages, emails, and phone calls in an honest, timely manner and with even the vaguest of common sense evident in their replies, is already well on their way to being “All That, Plus More.”

THEY PAY ATTENTION: TO YOU, AND TO DETAILS

This could include a vast plethora of words and behaviors, so I’ll list only a few examples to give you some idea of what I mean. If they are, as we all so often are, these days, connected to you on social networking platforms, they should at least make a concerted effort to keep up with and to pay attention to your activity there. Not only will doing so save them a lot of trouble should they be planning a secret, romantic dinner for two on an evening that they could have already seen was reserved for your weekly night out with the girls / boys / etc., it also shows that they are actively paying attention to your life, activities, and interests in general. They should also be sensitive to the nuances of your own words and actions, and realize that if you invite them to, for example, your employer’s annual holiday luncheon, they should probably take care to present themselves dressed appropriately, and not in ripped jeans and a t-shirt. (Unless, of course, you are employed by a trendy, hipster video game designer, in which case, hey, you may both show up attired in ripped jeans and t-shirts.) While they don’t have to be a mind reader, their awareness of the subtlety of their words and actions, and of how they may be interpreted by you, communicates that they are paying attention to you, and to the finer details, and is definitely a clue that he is “All That, Plus More.”

THEY ARE FORTHCOMING ABOUT THEIR OWN PERSONAL ISSUES

It’s always a real downer when you think you’re falling for “All That, Plus More,” and realize several weeks or months (or worse, years) into the relationship that you’re sharing your life with an obsessive-compulsive control freak, a passive-aggressive infant, or a seemingly intelligent man/woman with the emotional maturity of a prepubescent with a history of relationship baggage on top of it. If you have enough self-awareness to know that you are a somewhat narcissistic, vaguely irrational neurotic at times, and the courage to warn them of this, as well, then they should be at least as forthcoming with you regarding any of their own personal issues of which you should probably be apprised before investing too much time and emotion in your relationship. This means that, no matter how grave any of their personal issues may seem, they at least have enough self-knowledge (and the courage) to admit that they aren’t a flawless specimen of the male/female psyche. Anyone who has that much courage (and bonus points if they actually make the concerted effort to work on correcting their personal issues) most assuredly deserves the label of “All That, Plus More.”