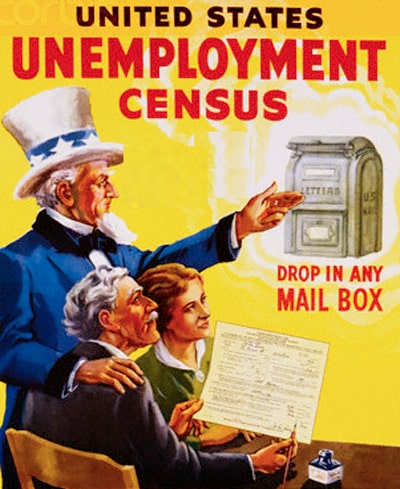 It’s true being bereft of employment and income can be a very painful experience. What you haven’t considered paradoxically is how liberating the whole thing can be as well.

According to common dogma (isn’t that an amazing word?) we’re all living in some sort of whirlwind of despair and communal angst. My question is weren’t we always? Did you really ever believe in the life style you were living before? The six hundred dollar bottle service, the painful hangovers next morning, the three thousand dollar rent you were paying some obnoxious landlord, the mortgage backed derivatives you were trading which were shear nothingness concocted out of some arbitrary Cox Ruben theorem model which failed you when pay day came nigh? What about all the debt you accumulated trying to be Mr.Wonderful and Mrs. Hotshot with your nannies, Bergdorf Goodman accounts and arbitrary night time habits (which we’ll let you keep to yourself…).

What were you thinking? What we’re we all thinking? Does money really grow out of thin air? Unless you are the Federal Reserve (in which case money literally does grow out of thin air- now that’s a brilliant con game that you wont read about in the New York Times) the whole thing was a pipe dream. Pipe dreams are just that, shiny and full of glare on the outside but hollow on the inside, and which one of us wasn’t feeling somewhat removed from ourselves as we crept up the corporate jungle ladder, the me too can own a home on a seventy nine dollar deposit and look at me I worked real hard so I can affect a nonchalant countenance as I take my girlfriend out on the two hundred fifty dollar dinner (I hope I still get some action later, right guys..?).

What were you thinking? Who told you money buys you love, that working crazy hours and jobs that we secretly despise brings you integrity and contentment? Even if the work you did did bring you contentment did you ever consider that pleasure, integrity and identity can be derived devoid of having to be empowered by titles and media sanctioned images?

Of course I am not espousing the idea that work is bad or that our culture is a pre fabricated one full of illusions and wonderful advertising campaigns geared to make you feel life is only worth living if you can only afford a second villa or a Grand Cru bottle of champagne for seven hundred dollars. It’s just after a while when you have lived the life of an artist or let us just say an intrigued individual with a zest for critical thinking and joie de vivre you can begin to discern the hubris that has befallen our communal airwaves.

In our western culture much joy is said to be derived from living a particular lifestyle, driving a particular type of car, attending particular venues and mixing with particular people. Yes it’s true, such things can evoke gastronomical delight, dizzying speeds as you sit in that Lamborgini but let’s take a step back and ask ourselves, did we really want those things because of the images associated with such acts or are we really car fiends or gastronomical hounds whose waking hours are spent wondering about such things?

As a writer, no as a vagabond to be more correct I have spent the last twenty years of my life vacillating working for hedge funds and recharging my sanity escaping that mould to find an offbeat hacienda and write. Of course this chap made the decision to make writing a permanent hacienda and by virtue of the economy and our collective breakdown you too have been forced to make changes.

So what are you going to do now that you are broke, bitter and wondering how you are going to define yourself, get laid (now that you don’t have that penthouse and office title ?), and afford the maid who used to come in on the weekends to clean up your mess…?

If one were to make an astute observation it would be that “ ..what doesn’t kill you only makes you stronger.” As cliché as it sounds, it is actually very real and the real dilemma is facing up to the unknown. Yet consider this, before you and I arrived we were living in the dark ages, dying from diseases that are very treatable today and living in a feudalistic culture where any hope of expression or self advancement was at the behest of your king or the local bishop.

This is not to say we should be thankful we aren’t peasants toiling the kings land, but in some way whether you realized or not you were toiling the king’s land, except you just turned up to work wearing a Giorgio Armani outfit thinking how clever you were, while your boss was wondering how much more cleverer he was. Of course there are some progressive bosses and institutions to work for (like us for instance) that validate their employees and that thing that makes us all human.

Now that you are free and sequestrated to what you perceive to be the bowels of humanity, the food lines (yes we read with some alarm recently that secretaries and mortgage brokers are being forced into this situation) think how you can redefine yourself.

Is getting wasted for five hundred a clip really comparable to inviting a collective of friends to host an intimate dinner party at one tenth the coast, what about taking off to that off beat location or writing that trilogy, or becoming a volunteer worker for people who really need it. Actually you really you need it too, we all do, aren’t things like this more redeeming than giving away fifty bucks ‘at the office’ or turning up to an office party where you know that the only charity given was the one where the bartender kept topping off your glass.

In pathos and cultural turbulence one can redefine themselves, come to a sincere understanding of their identity and value system. This scallywag after all has always thought he was more punk than most punk rockers he came across and that’s him walking around with not one ear pin, nose pin or Mohawk. Identity is integrity of being not what you wear or what tattoo I can see just above your panty line.

In a culture gung ho on status and cache we here at SCV think as lamentable the current fallout is the winners will come forth, the visionaries and those that really incite wonder, dialogue, intrigue and passion will be sought, dissected and brought right there in front of you.

Think about it, does it make sense in times of disarray that the most compelling work comes from free thinkers, the astute, the bold and charismatic. Aren’t you sick of seeing chiseled blondes (and that doesn’t mean we still don’t adore you Brad Pitt) on your Tv set and living vicariously through them when you should be living vicariously (dare we say this) through yourself?

Now that you’re unemployed, broke and bitter let me remind you all that for once in along time you are free, of more integrity and suddenly in a unique position to be who you always wanted to be not the Calvin Klein ad that for three minutes and six hundred push ups and sit ups a day you were suppose to be.

In a culture that for the longest time has defined freedom as the capacity to shop be glad that once again you can be free to define your freedom by the capacity to feel and think for yourself, and not have a corporate logo affixed to your name. Titles and consumer goods are just that, to be enjoyed, respected and earned and we think not confused for one’s self worth and identity. Billionaires jumping out of windows and in front of trains because they are now only worth seven billion dollars strikes us as facile and bereft of integrity. Yet this is what we’ve been reading about, that plus the Park avenue set forced now to live on half a million dollars…laughable right? Well not when you’re still clinging to notions that you dare not challenge.  Being rich and in demand is great, but being courageous, wise and inspirational is more contagious.

Next time you pass some weird looking guy singing to himself while riding a decapitated pushbike with a banjo in his knap sack remember he’s probably as broke (or more broke) than you are but we bet one of the most content and more riveting individuals you’ll ever meet, if only he could feel that way about you.

Well maybe he now can. 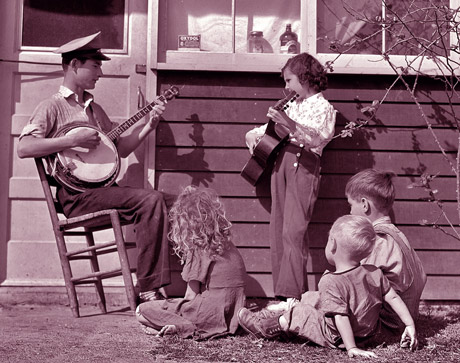