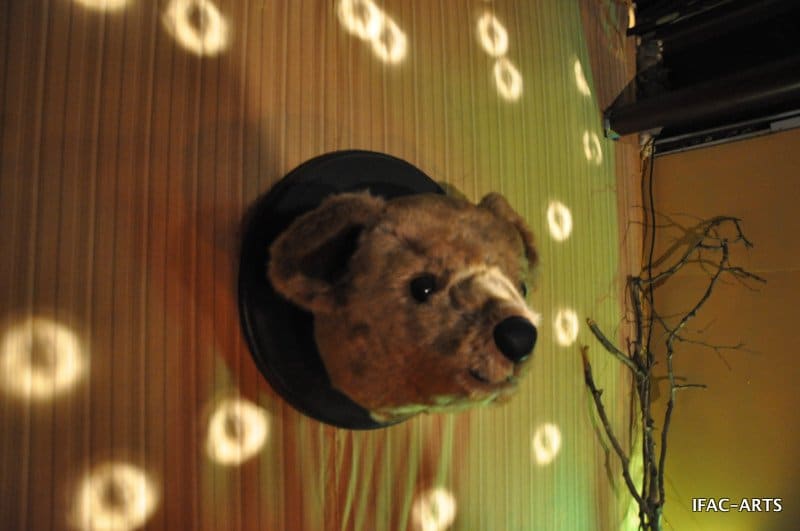 A bit past twilight last Wednesday night, we packed our knapsacks to trek across the East River, along the winding labyrinth paths, and into the warehouse bohemia underground to Glasslands on Kent Street. We joined Seasick Mama and an Indie band line-up in the efforts to raise funds for the Fantastic Nobodies summer voyage to Berlin.

Glasslands is an intimate space of infinite creative energy. An eclectic combo of visual sensations, including a wall plastered with cardboard thirsty for the oil strokes from a contemporary Kirchner, a second story tree house loft with a ‘Duchampian’ bicycle railing, a centric low-rise stage, and all under the auspices of an oversized mounted stuffed teddy-bear head.  The venue has seen the likes of Vampire Weekend, Ting Tings, and Yeah Yeah Yeahs.

Inspiration can even be found here in the toilet. The bathroom has a shower (just in case you missed your lather and rinse timeslot in your BK loft with your 6 other couch mates), damask wallpaper, and a wood bookcase with a few copies of Encyclopedia Britannica next to a bottle of Budweiser with its label partially peeled off. Oddly inspiring, it’s a composition that could one-day spark the world’s next Fountain, that is, if it hasn’t already.

Marial Maher, otherwise known as Seasick Mama, greeted me with a bountiful hug. She grinned with the warmth of a long lost friend and instantly put us at ease. Her I-phone still warm, she extended ripped Uno cards- free drink tickets. 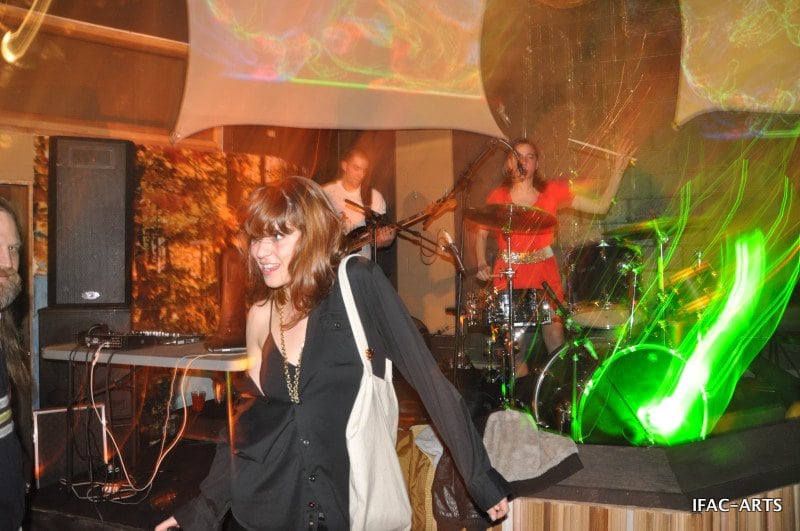 Settling into the maroon vintage leather couch perched in the second story tree house, we placed our fresh pints of Stella on the asymmetrical mirrored mosaic coffee table.

“It takes creativity to identify creativity.” It was Laine’s quote but delivered by Brown. I shuttered, am I creative enough to truly understand this?

Two wonderful couch chats later with Nobody members David Henry Brown, Jr. and Eric Laine, I was entranced and wanted more. Unfortunately, The Fantastic Nobodies, a seven-member collective, wasn’t going to perform that evening; my yearnings were left unsatisfied, but intrigued never the less. The evening was a fundraiser and celebration of a recent performance during the Armory Arts Festival.