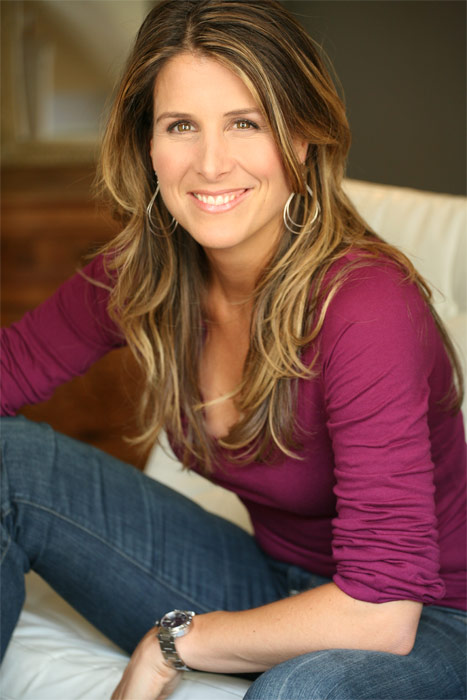 What is self-help? Does it work? And why do we buy it? We here at Scallywag and Vagabond get a kick out of self-exploration so we sat down with the effervescent Ariane de Bonvoisin, change guru and author of “The First 30 Days”, for an analysis of the culture  of self-help. Whether you’re looking for change or not, Ariane’s insights offer a fresh perspective on achieving the balance of happiness in a fast-paced, celebrity-obsessed life.

Ariane: I think I’m a very good neighbor. I always remind myself that we’re all connected. We keep thinking we’re alone and disconnected and separate but the more connected our lives are the better we go. You do kind things; you watch out for other people, it always comes back to you.  You never know who’s sitting right next to you.

SCV: Is the business of self-help primarily an American one?

Ariane: That’s a great question. I think self-help exists in other countries; I’ve lived in over a dozen countries, so I’ve seen self-help in other countries. It just doesn’t exist as a business in other countries. And the intention of self-help isn’t as money driven. Here it’s a little too much about how can I make money from helping someone. I’ve found that the Asian population really embraces change. I think Europeans tend to be pretty happy anyway. They’ve got their food and their sex and their long vacations so they don’t really need any help. They find self-help through each other.

SCV: What is it about our culture that inspires people to believe they can become the next best something?

Ariane: I think it’s because the people that are the next best something are normal human beings. They’re not extraordinary. People can still someone relate to them. Look at Rachel Ray: she’s not perfect, she’s loud and not skinny and the whole deal that people expect. Especially with online and the Internet, you can be famous in an hour. That barrier to celebrityism has gone so low people are more willing to go ahead and try it. There’s a really dominant need in people to be significant. Everyone wants to be recognized for something, everyone wants to stand out. It’s all about love, they just want to be loved, some people just want to know they’re good enough. SCV: Why is it so prevalent in our culture that you are a nobody unless you are a somebody? Are we all doomed to having to being super models and celebrities?

Ariane: Depending on what magazine or newspaper you pick up, there are people who matter in other businesses and industries, but the people who have our attention tend to be in fashion or beauty. I find most people, and I know my fair share of celebrities and models, feel worse once they got there then they do on the journey of getting there. We’re looking to feel courageous, to feel respected, to feel love, it’s the feelings we’re looking for rather than the end goal of being something. I have a lot of friends who are supermodels and they’re the least happy people I know. Society makes them feel like they’re somebody but inside they feel like they’re a total nobody because they’re totally replaceable.

The only way to be somebody is to stay true to who you are. Especially in this country, having lived in Europe for a long time, no one worries about not being famous or not sticking out, or being more beautiful. They’re just better self-esteemed. It’s not about the external recognition; you’ve got to recognize yourself first.

SCV: Tell me about working with Anthony Robbins.

Ariane: His book was the very first book I picked up. I was in London in college, didn’t have a very particularly happy childhood and I was like there must be a better way. It put me on the track to think about learning and growing. I’ve met some amazing people who’ve come through there. You’d expect it to be late-night weirdo people but there are some super-smart famous people you would know. Not people who are shooting drugs. He helped create the industry. Whatever you think of the industry, he’s one of the leaders of it.

SCV: Can you walk on fire?

Ariane: Oh yeah. I’ve done 20 fire walks, anywhere from 6 feet to 40 feet. What I prefer actually is getting other people to walk on fire. I got my mom to walk on fire.  The idea behind it, it’s not really about walking on fire, it’s about doing something you think is impossible. It’s a metaphor. But I’ve burnt my feet too.

SCV: Is it true people rise to the level of their inefficacy?

Ariane: I think people rise to the limits they’ve put on themselves unconsciously. If they think they’re never going to have more than this much money and that’s the software that’s running the computer, they’re never going to surpass that. There’s something in the inner dialog, whether it’s an inner critic, a saboteur… That’s the part that needs to go.

SCV: Health, wealth, romance, dream jobs and weight…How are you so equipped to handle so many different areas of life?

Ariane: I can tell very quickly if someone’s going to be good at change. The skills you need to leave your job are the same skills you need to leave a bad relationship. What makes people change? How do people make changes? How do they get through it? If you tune into people and ask the right questions, I’m actually pulling it out of them, they’re not pulling it out of me.

SCV: What should one do if they feel they aren’t as grand as they should be?

Ariane: Grand. Such an interesting use of a word. I would say if someone’s saying that, there’s one of two things going on. Maybe they’re comparing themselves to someone else. But the minute you compare yourself to someone else you lose your power and you give it to them. Or they might have an ideal of what they think they should be based on long-term stuff, what their parents tell them they should be, what they think they should look like, what their boyfriend or girlfriend thought, how women should be or what men should be. I would go against the root of where that comes from and I’d have someone step into what they do truly love about themselves. People can have 10 things going right and one thing going wrong and be obsessed with the one thing that’s going wrong. What is it about you that is right and is working?SCV: Is there a difference between self-delusion and perseverance?

Ariane: I think people who have created things are rebellious, they are willing to break the rules. I think the bigger delusion is not self-delusion it’s other people’s delusion. I know so many people who don’t do things because someone’s going to disapprove. I think the biggest self-delusion we have is how weak we are, how powerless we are, how unsmart we are. I’d love people to be more delusional.

SCV: If society is about fitting in, and making it big is about standing out, how does one reconcile the two?

SCV: Are those who make it big usually emotionally disturbed? or is it after they become big that they start having problems?

Ariane: That’s another good question, I think people who are emotionally challenged, that can be a tremendous drive to succeed. We all want to be perfect, we all want to be more, we’re all never satisfied, does that mean we’re emotionally disturbed? Yeah, probably.  And once you’re in that position your number one fear is you’re going to lose it because that has become their identity.

SCV: How would you advise yourself to help yourself?

Ariane: I do it everyday. My big thing is the principle of accepting: accept the way life is and give up what you think it should be. I get a lot of strength from being silent, whether it’s meditating or doing yoga. So when I’m frazzled and disconnected I try to reconnect with my inner voice. I find so many of us are scared to listen for fear that that inner voice is gonna go “You’re in the wrong relationship” “You’re in the wrong job” “You shouldn’t be living in New York”. The more I listen in the more things flow and I get solutions. When I feel good in my body, things are fine. When I’m off-center physically, things change. If I haven’t slept enough, things change, if I’m eating like shit, things change.

SCV: You have mentioned in your moment of awareness that either you were on the wrong ladder or the ladder was on the wrong wall?  Can you further elucidate what that means …?

Ariane: I was running a 500 million dollar venture capital fund for Time Warner and I was 28 years old, managing director. I remember getting this giant job, not sure it was what I wanted to do but life had taken me in that direction. I had one of those moments like wow I’m on a really high ladder but I don’t consciously remember climbing the ladder. I had a press release about me in the Wall Street Journal and I burst into tears. I remember thinking, this is the wrong press release. Society tells you you’re at the very top, but your own inner voice tells you uh uh. You’re on the wrong track. And you’ve got to pull back and come down.

SCV: Would you say there are those who cannot help themselves?

Ariane: 100% absolutely. For people to go through change they need some tools to make the change. The change comes when people activate their own change muscle, it’s never permanent when it’s activated by someone else. I always say you need to participate in your own rescue. It’s like being out in the ocean I can throw you a life jacket but you have to put in on. I can’t jump in there and do it for you. There are some people who have so much certainty in being who they are, including all their stuff, negative stuff, victim stuff, they’re so vested in who they are, and the problem is the people around them now consider that’s who they are also. Sometimes to change someone if you take them out of their environment and you change the people around they’ll make the biggest change. Sometimes your best friend is not giving you unconscious permission to change. I think that the soul is always looking to learn and grow but I think that our ego is constantly looking for certainty and the same stuff so the minute you threaten the ego, there’s a battle between the two. I find most people’s egos are much stronger than their souls.

SCV: Can you help them?

Ariane: Extreme pain can make someone change. And extreme pleasure can make someone change. Pain usually makes people change more quickly than pleasure. You can offer someone extreme pleasure and they still won’t do it. I know someone who finally lost weight because there was a penalty and a consequence. I told her if you don’t lose thirty pounds in 9 or 10 months, and she was not wealthy, then I need you to give me $30,000 and I will give it to a charity. That’s a painful penalty. And she lost 38 pounds. While this Scallywag doesn’t need to lose 30 pounds, doesn’t necessarily feel on the wrong ladder, isn’t stuck in a bad relationship and is generally unable to find much with which she would need guru help, I still can’t help but feel the focused clarity of a great shrink or yoga sesh.  As we wrap up, I can’t help myself from blurting out, “I feel like I should pay you?