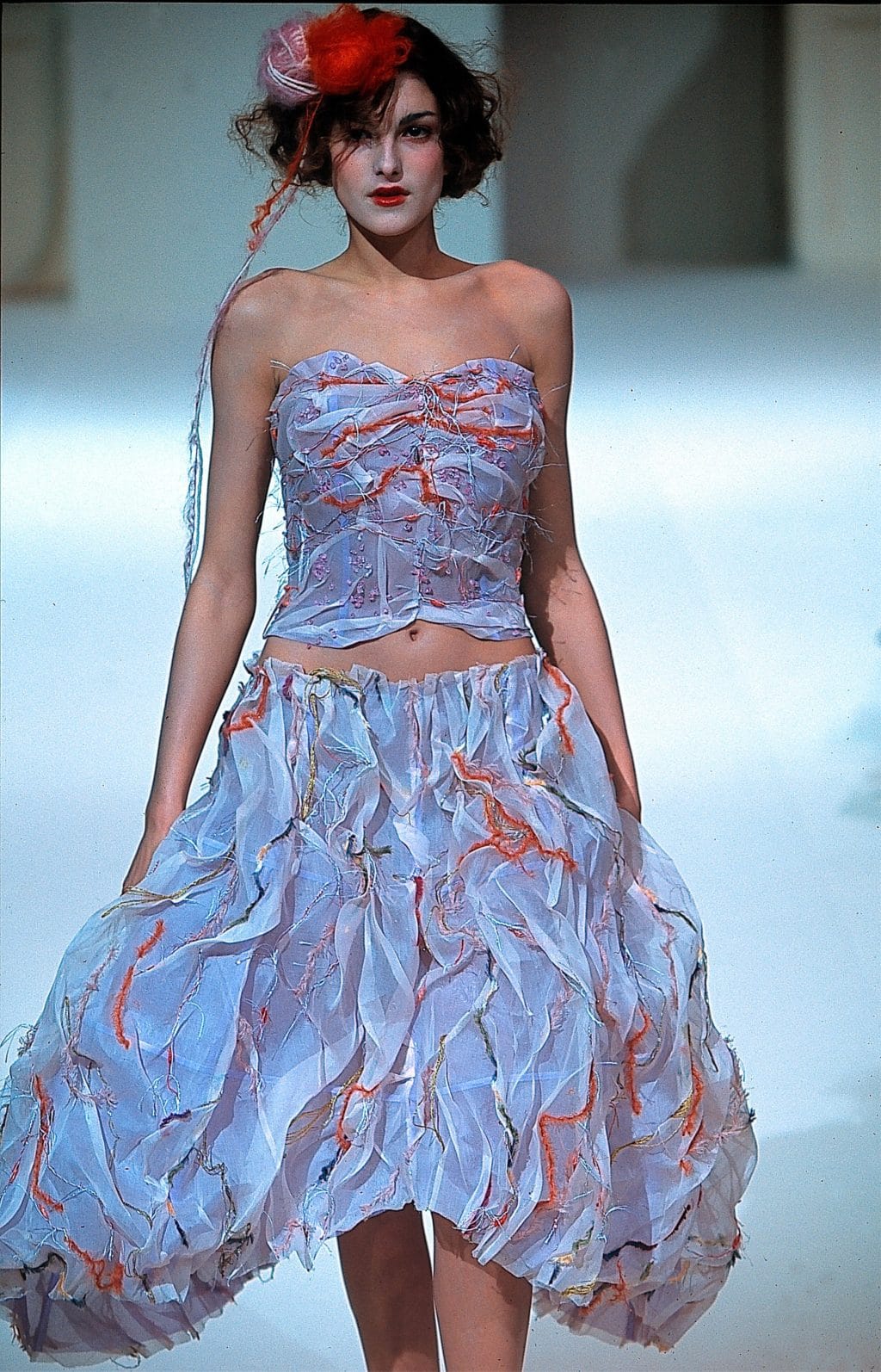 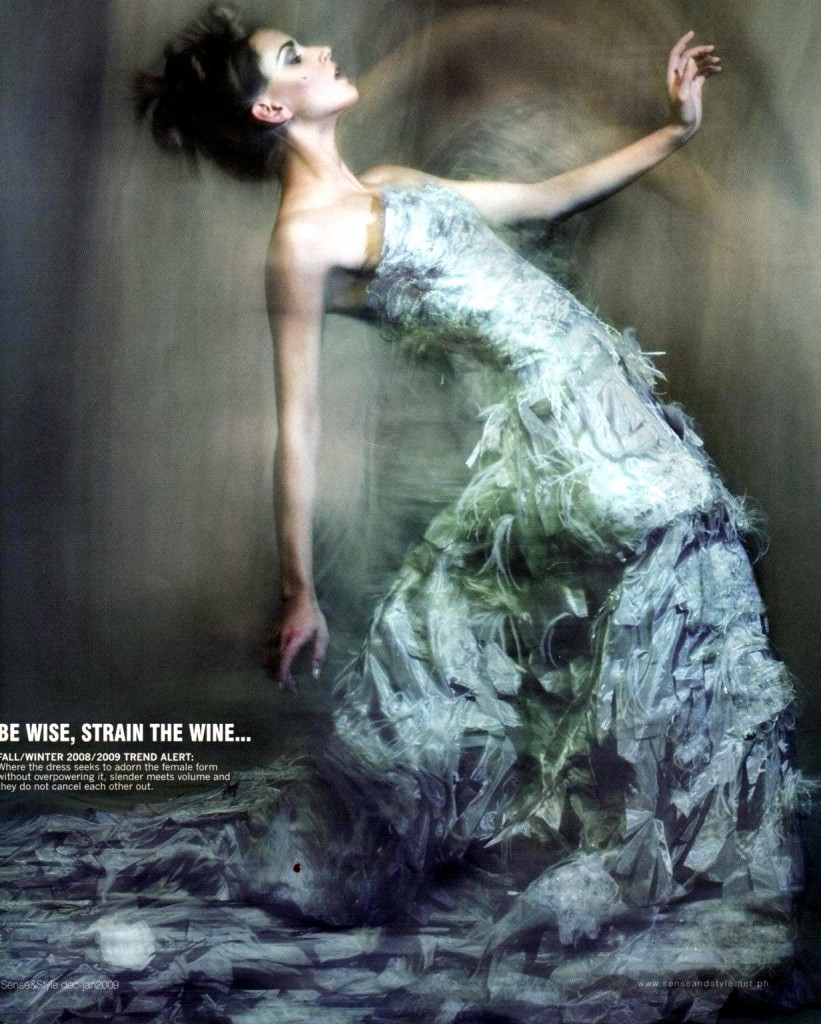 In essence, Katya Leonovich is more of a philosopher than anything. To validate her visions and values, she has chosen to use the media of fabric and paint. But don’t be fooled, the fabric is not reserved for her fashion pieces, just as paint is not destined to decorate her canvases. Both are utilized interchangeably for the greater purpose of projecting truthful representations of Leonovich’s dream. Within this dream, there is an unbreakable chain between fashion and painting, which she uses to her advantage to wrap us tightly inside her world in which she teaches us about the truth of beauty, justice, space, and time.“Art is a dream, it has nothing to do with reality, and if I arrive to convince you of this dream, then it is art.” From her native Moscow, Leonovich has carried this dream with her as carefully as if it were in a little concealed glass vile waiting to be revealed to the world. Clearly, some of the most important artistic urban centers such as Paris and Rome have received a whiff of her magical ether. She is the only Russian artist to have her lines shown on four Parisian Haute-Couture runways in Le Caroussel du Louvre. In Rome, she was a consultant in Instituto Europeano di Design, and presented various one-man shows and group shows including “Nel Segnio della Solidarieta.” 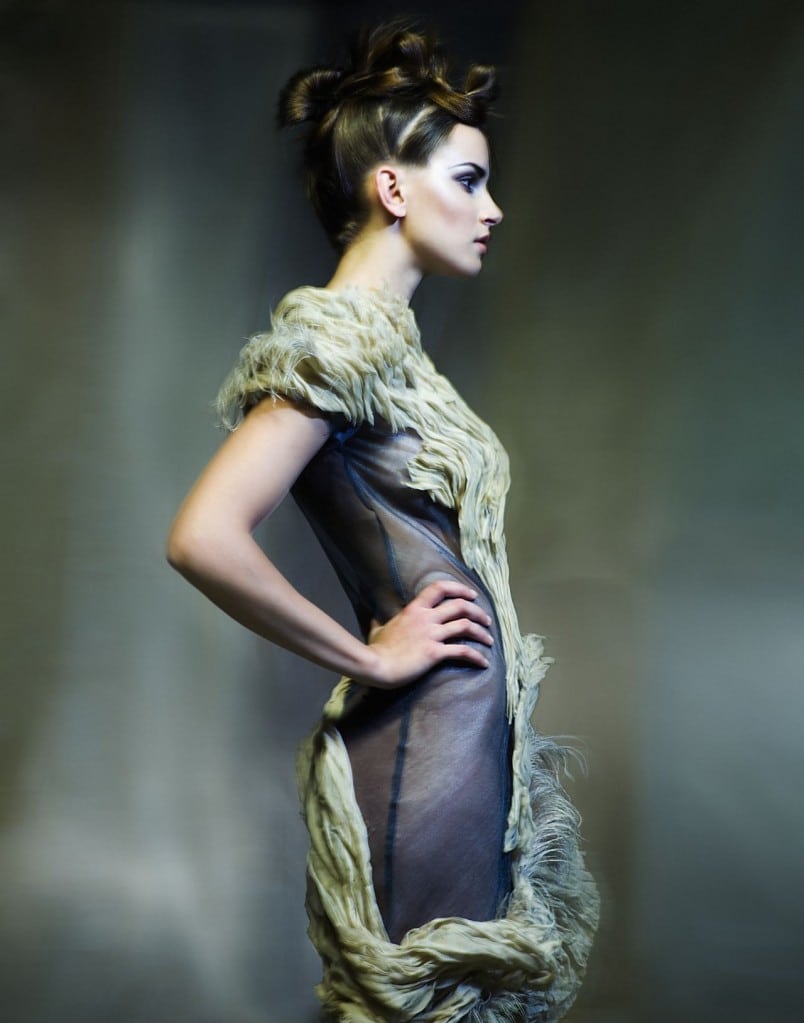 So what well of goodness does Leonovich retrieve inspiration from? Her very own. Leonovich uses her paintings as sources of instigation for her fashion, and her fashion for her paintings. It is as if this combination gives birth to a quintessential glimpse of her dream that necessitates both in order to uphold itself. The brushstrokes swiftly executed on her canvases somehow transcend time and space to nestle themselves in within the threads of her fabrics. Her paint currents provoke movement just as the models excite the dresses they display.

Her latest collection and painting series show a distinct evolutionary path that has been shaped by her recent move to New York City, where she continues to work with Emmanuel Fremin Gallery. The city fascinates her, especially the way time and people move around the frozen Art Nouveau skyscrapers. In her fashion pieces one can see time trickling down the bodies of the models enwrapped in sober natural cool tones of tulle. 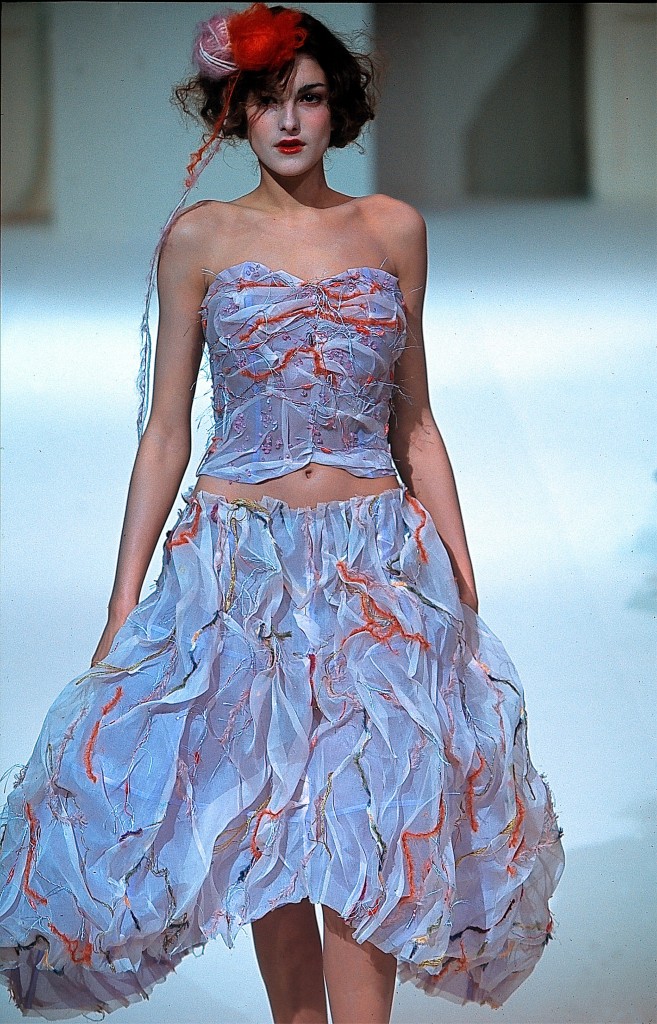 In her “Holland Tunnel” series, which will be on view at the Bridge Art Fair, the sober natural colors take on much more electric vibrant intensities which get splashed with hints of bold reds and yellows, and the soft undulating forms transform into sharp unforgiving lines. An undecipherable eye-spinning Kaleidoscope at first, the Holland Tunnel becomes unmistakable after the eye settles. The untamed beauty of New York City radiates from her work.

Although she has mostly been rewarded as a fashion designer over the span of her carrier, with achievements ranging from winning best fashion designer of Russia in 2000, participating in NY Nolcha Couture Fashion week 2008, Supima Cotton 2008 Finalist, which have even attracted the attention of Madonna who purchased her “Sculptural Dress,” she is just as much a painter as she is a designer. “I feel very free when I paint, and very sweet when I do fashion.”

Like Karl Lagerfeld, she says if she must choose between her two beloved art forms, she would not survive. Katya Leonovich’s dream is kept alive by constant reinvention that never fears straying away from the ordinary, and never fails to find believers. Can you be convinced?