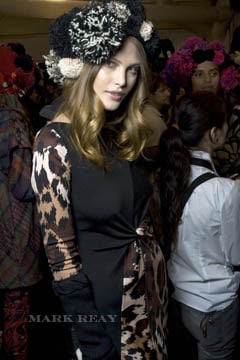 There are some things in the NY social calendar that are a must do, must see, must attend. From the annual Metropolitan museum fashion gala every November, to the high society charity events that matriarchs of Park Avenue are beholden to, the Larry Gagosian, Paula Cooper openings, and the NY Public Ball. One can argue these things have become set in stone, and given our society’s love of fashion, and what that love really portends to, DVF has over the years has taken her place in the uber pecking order of high society here in the city. 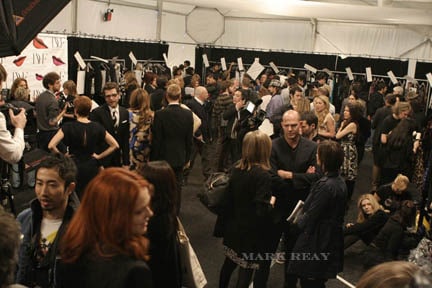 So there we are with what must have been the highest primed cheekbones one can aspire to see clashing neck and neck waiting to just get through the long double, triple barricaded security check points. To our left, some count, to our right the madams of 5th ave, in front of us the skinny retro kids who sip four dollar lattes when they finally feel like getting up in the morning and behind us the lucky ones who were so lucky to find someone who knew someone who could despite all probabilities get them into this must see, be desperately seen event. 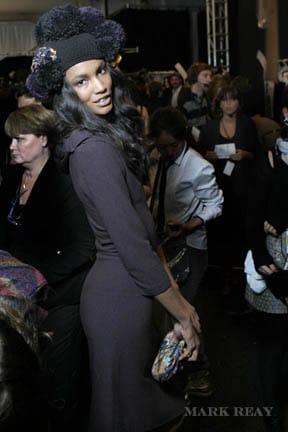 The question of course I wondered as the mini paparazzi started honing on VOGUE America’s Editor in Chief Anna Wintour was why the desperate plea to be in on this party? Would omission from this event allude to a lack of social standing, would it suggest a downgrading of being, and what of the opposite, would ones presence validate one to a certain cache, society approval? It’s as if by being present with the perceived  de la crème, talented and anointed  of society one is through osmosis anointed by as much as well.

What of our photographers, we were lucky to have our dear Mark Reay behind the scenes, snapping heartily away, but what of all the other photographers who were assured press passes and who still couldn’t get in because this year numbers just had to be cut? One should have been there to have seen the tension in their faces, it was ironic seeing the press squirm, when normally it’s their subjects that are the ones who are squirming.

Of course their subjects were inside, their I phones working over time, their publicists one row behind them, the lucky cameras zooming in and out at every possible gesture while we waited for everything to settle before the DVF models came  out the docks.

It was strange sitting there, watching the havoc, the intransient desires of this collective, and wondering where the Derby hats, cigarettes and champagne would be hiding (well they all came out later to be with Patricia Field) sitting there watching some very talented woman’s designs from a sketchbook coming very alive as each prized work horse came barricading one after the other.

For a moment I closed my eyes and you couldn’t hear anything, just the music, and the heavy sweat of the crowd’s anticipation, but that changed the minute I realized the oohs and the ahhs coming around me were the real reason DVF had come to command presence.