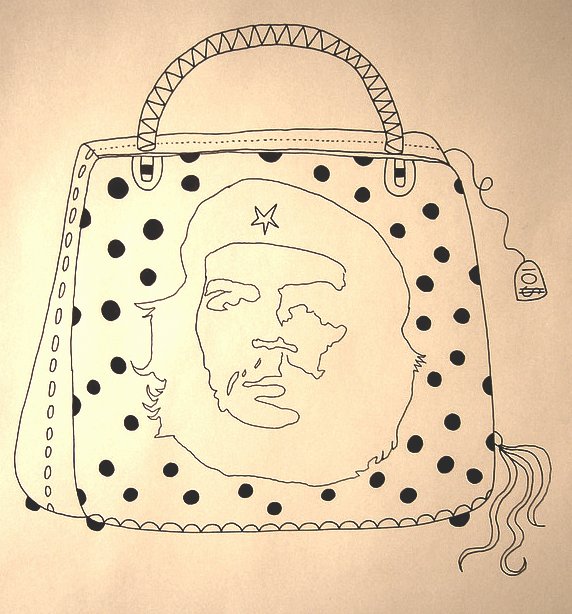 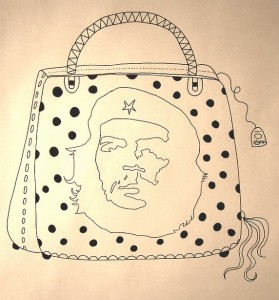 Traveling to Canal Street, I descend from the Botoxed, done-up face of Time Square capitalism into the bowels of the American economy. For if Time Square is an expression of the American dream to drive fancy cars, drink expensive liquor and be thin and beautiful, then Canal Street is the reality this collective desire for consumption breeds. It is an ugly image of us as stooped over human beings, licking doughnut cream from our fingers as we wait in line at the hot dog stand. Confronted by such lust and greed, two questions torment me: how did we get here and is this really what we want? In the equation between seller and buyer, Canal Street is the equal sign. It balances the desire to have our style, our way with the need for it to be a bargain. Thus, Canal Street thrives off of feeding our American hunger to acquire more possessions, however low their quality. Strolling through Chinatown, SoHo and Little Italy, we are shopping for an experience, too. We want to make the subtle exchange of gestures that lead us, such daring opportunists, down staircases, through kitchens and into freezers full of plastic “100% leather” goods. But, as far as I can tell, this back alley bargain dance is one for the history books. Not because we’ve stopped supporting counterfeit goods. We just don’t feel the need to hide it anymore.

I realize this as soon as I exit the Canal Street station and overhear a man hustling a group of women with died blonde bob hairdos. He’s asking them what they want: Gucci? Prada? Louis Vuitton? The women are not interested, perhaps because their arms are already loaded down with bags. Or, maybe these women share the mentality expressed in a Stoli vodka advertisement hanging on the wall of the subway. It reads, “In a world of gold diggers, hustlers and pretenders, Stolichnaya is the only true thing.” But, the truth seems to be that hustling works. A man wouldn’t stand on a street corner asking strangers if they want knock off designer handbags unless he had done it before and made money.

The “hustler” of forgery doesn’t even seem to fear The Government and his men who periodically tag storefronts in Chinatown and Little Italy with “closed by court order” day glow orange stickers.  The hustlers know that New York City officials will never be successful in ending the streets’ claim to fame. They know that no matter how many raids the city runs or millions of dollars in counterfeit goods it seizes, the authority’s single-minded focus on the supply side of this economic relationship is foolish and futile.

But perhaps it is meant to be? Perhaps the spontaneous raids that take place are nothing more than a stunt for corporate appeasement? It seems to me that if the powers that be really wanted to put an end to this selling of fake goods in mass quantity, they would attack the counterfeit problem from more angles than the simplistic approach of “hand over the not-quite-a-Coach purse, you criminal.” This narrow vision serves as evidence to my suspicion that consumption is what not only corporations, but many politicians, want us to do.

Well, why not? We seem to enjoy it. After all, what you buy is the American way of expressing who you are! If you are a tourist in the City, Canal Street is the place to go and purchase a small piece of Big Apple identity. But if you’ve already got that aspect of your personality down from when you bought your “I HEART NYC” white t-shirt, then you can begin to expand your image.

Now, the only question is, who would you like to be? Feeling political? You can choose from Obama, Castro or Che. Perhaps you’re more the musical type. Would you like Madonna or Bob Marley? Maybe you want to look a little naughty. Then the shirt with stick figures 69ing that says, “eat out more often” is the perfect fit for you. Though if that’s too explicit, pick up Borat, baby, because it’s “sexytime!” And to make getting into those pants of yours extra exciting, choose a belt buckle. Are you more of a BMW or John Deere kind of guy?

The man holding out these options can’t choose for you. He doesn’t know the difference. He orders his products based on what people ask him for and what he sells a lot of. It is a long exercise in guessing and correction. He doesn’t know the difference between the Green Lantern and Calvin and Hobbes. All he knows, and has capitalized on, is that Americans read a lot of comics. And he, Manik, is from Bangladesh.

I know all of this because he told me after commenting on my long green skirt studded with silver beads. Manik liked it because it reminded him of the clothing style in his country. I told him I wore it out of celebration and a sense that green represents peace. These were two things I wanted people to see in me today, the day America swore its first black President into office. Manik smiled and agreed. He was unable to watch it because he was selling these t-shirts, belt buckles, shot glasses, rings, hats with bling…. But he had taped it.

Manik is one of many immigrants who work on Canal Street. And his story ties the souvenir superhighway into the global economy. He came to the Unites States to work and send money back to his parents and siblings. And despite the fact that, according to him, he has no friends and he misses his family, he loves it here and has no plans to leave. Rocking back and forth on his feet, he explains, “There’s no opportunity in my country. They don’t give me anything. Here, they give me a green card and let me work.”

Though Manik is relatively new to this country, his life is merely one scratch mark on the surface of Canal Street’s history as a place of refuge for those escaping food shortages and governmental brutality. Canal Street wasn’t always this way. In the 17th and early 18th centuries, the lower region of Manhattan was farmland owned by wealthy names like Rutgers and Delancey.

These names now glow angelically white on street signs. Remnants of a past era that began to change drastically when Canal Street became a place for the common man. In the 1880’s it received its first foreign rush, taking in the Irish who were fleeing the Potato Famine and British oppression. Later came the Eastern Europeans, trying to leave behind a plague of racial oppression. Now, a multitude of ethnicities mix into the canal in search of opportunity, stability and peace. But why, after so much progress has been made in the world (what with the spread of democracy and all), do hoards of people still uproot from their homes and unload onto American shores?

Standing in Manik’s shop, I pick up a t-shirt with a picture of Calvin (from Calvin and Hobbes) looking mean that says, “New York attitude.” Digging inside of the neck hole, I locate the tag and read the label. “This is made in…” I begin to say, “…Honduras or Mexico or Bangladesh” Manik finishes my sentence.

Somehow, the fact that these shirts are probably made in sweatshops, potentially in his own country, does not make Manik angry. But I am getting mad about the American hypocrisy of proclaiming freedom with our voices and supporting slave labor with our wallets. I pose the question to Manik, “Don’t you think American’s are greedy and hypocritical?” I ask. He shakes his head vigorously. “No. Americans are nice and pleasant people. They welcome everyone to their country and here, there is freedom.” Manik points out that I wouldn’t be allowed to write this story in his country.

It’s a good point. And it reveals a significant portion of the reason for my patriotism. In America, we have the ability to speak out and organize in opposition to this cycle of capitalistic oppression. But, somehow, we seem to get sucked into only making choices about where we spend our money and what we spend it on. And most of us seem content to choose first to purchase a blindfold to shield our eyes from the fact that our mass consumption of cheap goods demands cheap labor.

But Manik sees it differently. He asks me which I would pick, if I had to choose between not eating and eating once a day. Once a day, obviously. It is this mentality that fuels people in dozens of countries on this planet to continue working for next to nothing so we Americans can buy more. It seems to me there should be some sort of rebellion. People should demand a better life. Don’t we all deserve vacation time and sick leave? But this, too, is an American mentality.

I felt a severe existential pang rising in my stomach. It must have shown on my face because Manik smiled again and told me that I should continue to be a pleasant American. Perhaps I should. After all, I am just an American woman stuck in an economic train wreck trying to use my writing as one small set of breaks. If this fails, I can always join forces with the politicians and the capitalists by purchasing one of Manik’s Che Guevara t-shirts and, instead of action, support the revolution by wearing his face on my chest.