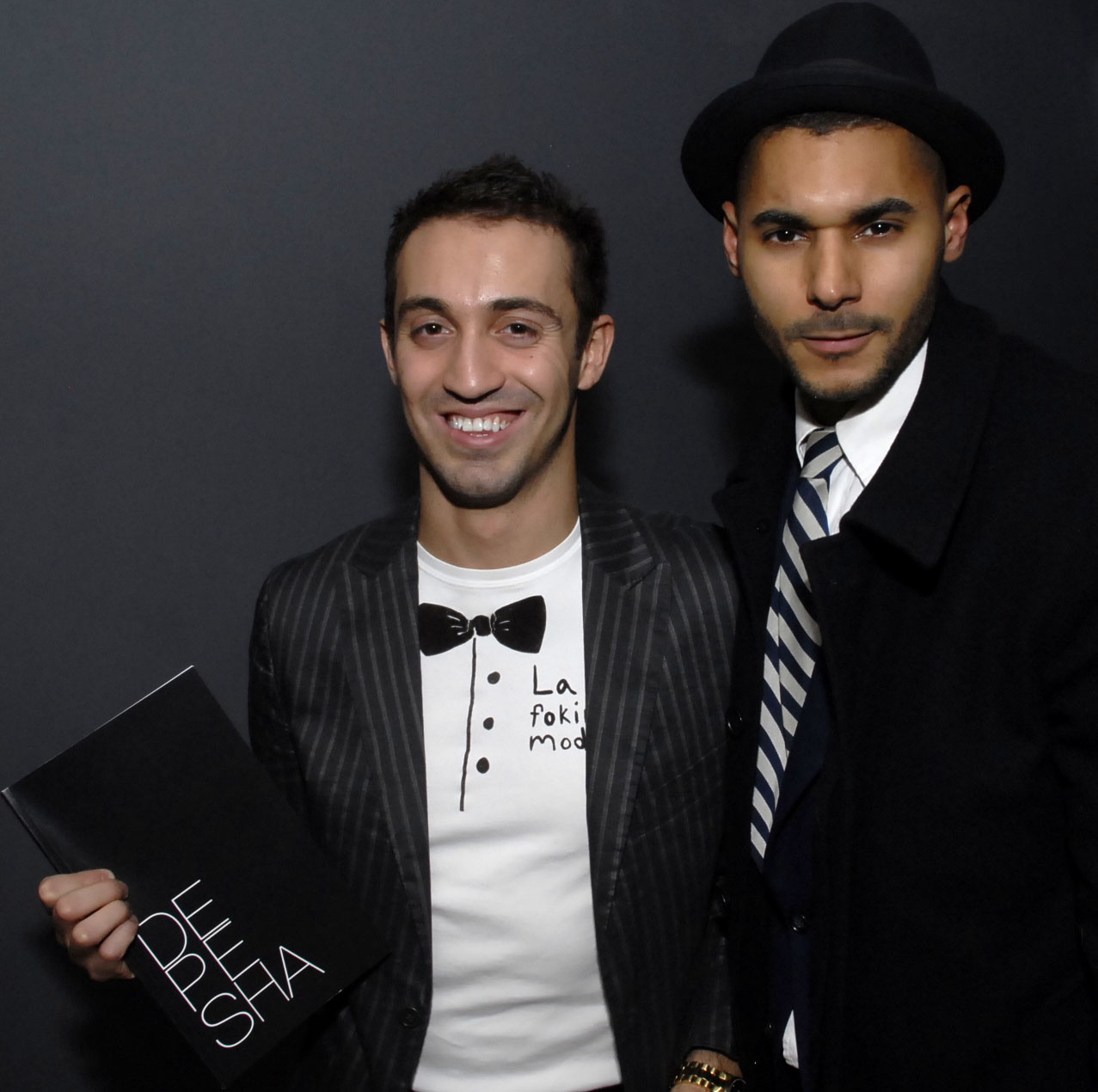 There’s nothing worse than being the first one at the party. The untimely arrival of being perfectly on time to any festivity can steal away one’s opportunity of making a good entrance.  And let me tell you, I like to make a good entrance.  But given the restraints of a busy Thursday night itinerary, I had little choice but to arrive on time (early), to Depesha’s party at Vlada Lounge and make the best entrance I could with what small audience I had.

Fortunately the first to notice me was editor and chief of the magazine himself, Stephan Rabimov, who was quick to introduce himself and set me up with a vodka. Now let’s get one thing straight, most Russians are tacky. Especially the ones who think that they aren’t. So it was a pleasure to meet Stephan who not only acknowledges his “euro-trashiness” but also, embraces it for all of its glory.  With Russians being the third largest and one of the fastest growing luxury markets in the world, Stephan has decided to put out a magazine that doesn’t just advertise the latest trends, but aims to educate its Russian readership about the origin of current trends, designers, and all of the name brands that his people are buying up.

“It’s a nice magazine, tell me about the name.”

“It comes from the French word “depeche” which means dispatch or telegram.  In Russian it is similar.  I like the name because we are sending out an important message.”

Stephan takes my copy of the magazine, scribbles something in it and hands it back to me.

“Am I meant to read that now?”

Before creating the magazine, Stephan was paying his way through university as DJ Eurotrash and decided to revive the old character for his party.  As a wicked Chemical Brothers remix of Kylie Minogue’s Slow flirted with my ears the guest began filling in and flirting with my eyes.  I met an amateur jewelry designer who had an affinity for Swarovski crystal by the name of Nicole. She was cute, but she wasn’t what I was looking for. I asked her, “Where are the Russian models?? Where were those beauties with legs to the moon, desperate and malnourished?”

“Well why else would I have come?”

“My friend here is an ex model from Russia.”

As Sherry Vine made her entrance and with time working against me, it was becoming clear that I would be showing up to the next party alone.

“Stephan! Where are the Russian models?”

“You would like Russian models?” He hands me his card. “That can be arranged…but I’m coming too.”

As Sherry takes the stage I make my way out thinking, “Oh Bacchus, give me joy till morning…”

You can’t buy good taste, but with Depesha Russians will be able learn all about it and hopefully it will inspire the younger generation to perhaps create their own luxury instead of buying someone else’s. So what did Stephan write in my magazine?  Well that’s between him and I…