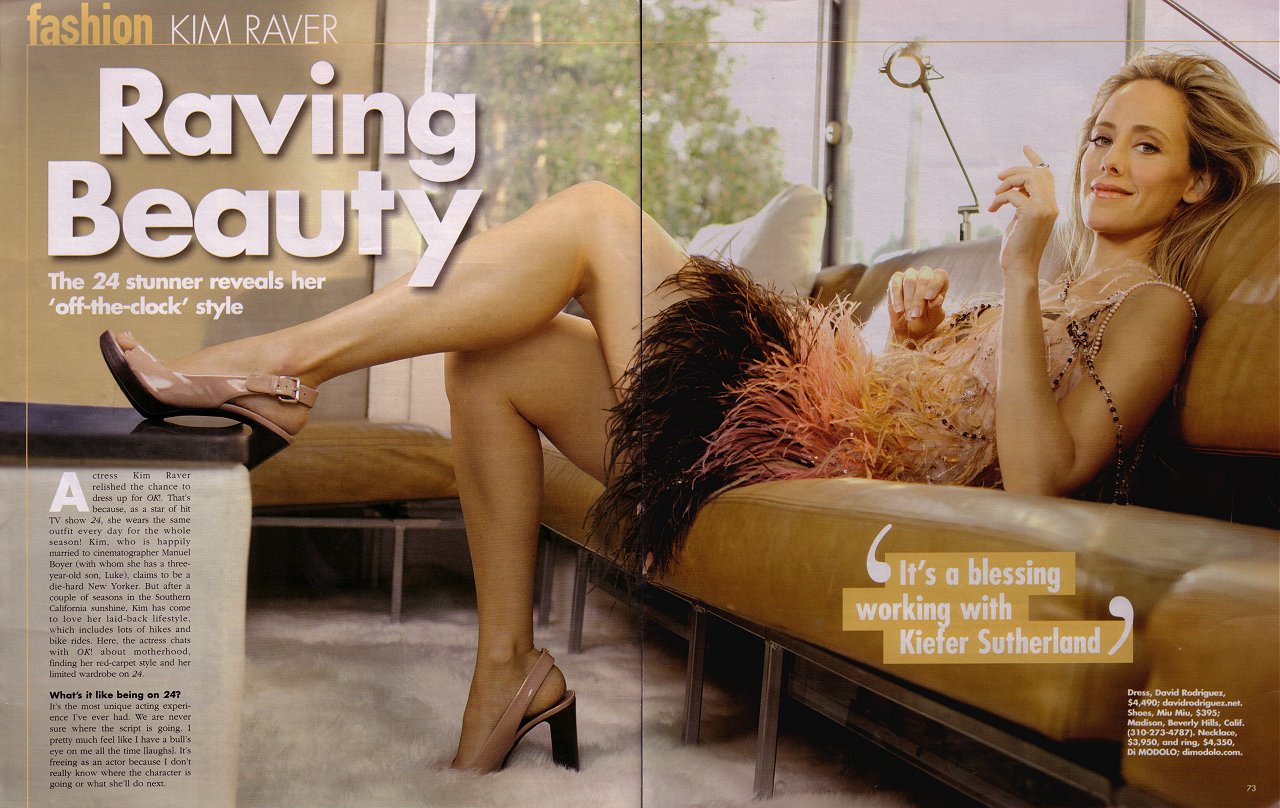 Like all good things we sometimes wonder how they come to us, that said we here at Scallywag and Vagabond decided to share Fixx Invictus with you as well. Sit back and brace yourself as this enfant terrible embarks upon an evening of celestial wonder and gate crashing at a scene called ‘celebrity.’ –Scallywag.

Lydia Grant started off each episode of Fame by telling her students;

“You got big dreams.  You want fame.  Well fame is gonna cost.  And right here is where you start paying…in sweat!” 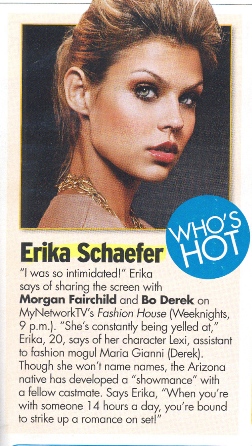 She never said anything about networking parties, mixers, or general social climbing because apparently, the only way to success was through painful stretching, perfect posture, a black leotard, and the ability to do 32 fouettés. Not anymore.  These days one can be famous for absolutely anything and even worse, most everyone wants to be famous for absolutely nothing. We owe this to the tabloids that have romanticized, chastised, and glorified human beings just like us, most with the only talent of being themselves.  Do you photograph well?  Do you know how to say things you shouldn’t say? Do you have a problem with exposing your private life (parts included) to the public eye? If you said yes, then have we got a position for you.  You want fame?  Well fame starts right here, at Haven on E 51st street.

As far townhouses turned into bars go, this place is a success.  Damask wallpaper, check.  Leather wing chairs, check. Red chandeliers, check. BBW’s, che…wait a second… BBW’s? I better get a drink.  Stoli, rocks, twist, drink and repeat.  I turn to my trusty sidekick Tim and say, “okay, lets see what they got.”

Upon entering the second level the first thing I see is Noah G Pop wearing a jacket that looks like it’s covered in unicorn vomit latched onto Zelda Kaplan and think, well that seems like a good place to start. “Noah!  How’s your art coming along? Great! Zelda! You look fantastic.  Can we get a photo? Amazing! Thanks!” It was after that were things got a little confusing for me.  To my left was a table BBW’s. BBBW’s to be more exact.  (should there be any confusion as to what that means, it’s Big Black Beautiful Women.) To my right was a table of French 20 somethings. I looked left, I looked right. Left, right, left, right. On one half you had the ghetto. On the other half you had Paris.  Choosing one could potentially polarize me from the other.  They didn’t seem to be mixing very well for a mixer.  In the end I based my decision on who actually would read the OK magazine that was strewn across all of the tables with Barack Obama on the cover and made my way to the left (To the left, to the left.).

I sit next to Kim.  She has long black extensions, lips like a balloon animal, and tattoo on her partially exposed right breast.  Kim is flipping though OK magazine.

“So you actually read that?”

“Nah, I mostly just look at the photos.”

“So you have no interest in the stories? “

“I mean sometimes, it depends who it’s about.”

“So what’s more important, how celebrities look or what they’re doing?”

Across from me is aspiring model/actor Paul. He looks sort of like Adam Levine except for you know, he’s not.  He’s carrying his book with him so I ask if I can see it.

“I photograph differently than I look.”

“No arguing there.  What ya think Kim? Does he have the look?”

Paul is with an Asian beauty by the name of Muse Kato.  They’ve only met tonight and she’s trying to advise him on how the “play the game” so to speak.

“Wow, are you sure you didn’t leave anything out? I think you could fit mentor or spiritual leader on there somewhere. ”

At that point, the evening’s master of ceremonies (who bared a striking resemblance to Todd Bridges) started shouting for everyone to be quiet and pay attention. He then proceeded to explain that if you were an aspiring model or actress or “whatevah”, you needed to speak with some of the make up artists and hair stylists who were here.

I guess the mixer wasn’t mixing very well in his opinion.  Muse said she felt like she was in high school.

“Was that by any chance a catholic high school you went to?”

The announcement felt as odd and out of place as the BBW’s and after he finished nothing really changed.  The BBW’s were obviously the hair stylists and make up artists and they were obviously on their way out.  I needed another drink. Todd looked like he had one too many.

On my way down back to the bar I met the woman who put the evening together and I asked her what the main purpose of an evening like this was.  She explained that a lot of people get stuck working with the same circle of people and this was just an opportunity to branch out.

“So what does OK Magazine have to do with that?”

I turn to ask her name.

I’m real politely looking at her thinking how when I used to bartend that I would sometimes have  trouble remembering names but when it came to events, conversations, places, moments, and faces…I would never forget a thing. I’ve had three vodkas already and I might have six or seven before the night is through and I’ll be able to replay this whole conversation in my head tomorrow morning.

“Fascinating.“ I finally reply, as if her she just had said Mahatma Gandhi. 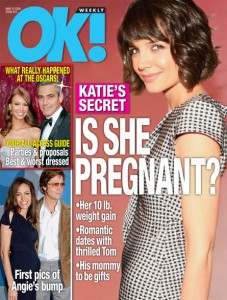 After she pointed out her husband whom she claimed looked like Woody Harrelson the actor (from where I stood I couldn’t agree) I made my way to the coat check girl.  She was cute and had an inviting personality that didn’t feel forced like some of the other guests.  I asked her if she knew that sign language is completely interchangeable between countries and that a deaf Chinese man could hold a conversation with a deaf Italian woman.  She disagreed, said it was completely false, and that if that was what Amanda thought she had no idea what she was talking about.

“So then, what’s your superpower?”

She’s a mezzo-soprano.  It’s pretty impressive.  And I wonder if it’s her who actually belongs in the networking party.  Surely there’s someone up there who’s interested in an opera singing coat check girl?

After getting another drink I go out on the balcony to have a smoke and find myself in the company of Amanda’s husband.  My god, I thought, he really does look like Woody.  Timmy (my photographer) comes out and tells me that there is an aspiring pop star that I should talk to.

“May I ask you some questions? How important is it for you to be in a tabloid?”

“Well…it’s the price you pay for fame.”

Looking for my cigarettes…

“Should you become famous, would you have a problem exposing your private life to everyone?  Is that something you’d want?”

“I would say its something that I am comfortable with.”

“You answered that rather quickly.”

“You have to be sure. And this is something that I want. “

“So which is more important?  Singing or Fame?”

“Singing of course, singing is my life.  But fame will help me make a living out of it.”

I wish her the best, light my smoke and move on. In the French section there’s a young man who keeps eyeing me up.  He’s quite attractive so I decide to play along until I realized my drink was finished.  I hate flirting with an empty glass so I am obliged to head back down to the bar.

As I relax into my drink I begin to wonder what it even means to be famous. You can’t exactly be a celebrity without being in the tabloids.  It’s pretty much what validates a celebrity’s existence  these days. In fact it pretty much validates the tabloid’s too. It’s like two rattle snakes, which one is the more dangerous one, because in the end a rattle snake will always be in the business of stinging you.

You don’t have to actually know how to sing, or act. People still do and they’re still respected for it.   But more and more, you find celebrities who used to sing or act doing nothing but being followed around by a camera for a reality series. More and more you’ll even find magazines that used to write about this or that today doing nothing but turning up to some red carpet event or another. You have to wonder where’s the talent in that? The hard work, the sweat.

Ridiculous? At least I think so, but then again you’re the one still reading this article.

Celebrities may well just have become  the new mediocrity.  The same way as there is nothing glamorous about a Louis Vuitton suitcase or whitened teeth.  Everyone has it. It’s common.  What used to be fascinating has turned out to be no better than your neighbor’s life yet you continue to watch. (Well, you the celebrities, me my neighbors) And I guess I’m just shocked that people pay money for these types of magazines.  But maybe Kim had it right? Maybe people just want to see the photos. See themselves in some magazine.

How else to explain why every one keeps stealing my photographer?

I look around and notice my reflection in someone’s sunglasses.

What’s more  important? Is how good one looks when answering a question and if there’s someone shooting them while they’re answering or the answer itself?

I now notice the French kid coming down the steps and pull myself out of thought. He looks like he’s leaving so I ask him where he’s going?

“I am looking for zee bathroom.”

I walk up the steps with the kid following me. I give him about 30 seconds and follow him.

Don’t you wanna be famous?

“Tu’es fou!” he shouts as he squeezes past me.

And that’s when I  notice a matt of wet paper stuck under my feet, a picture of some blonde girl laughing forever, her amazing cheekbones stellar. I lean over scrape her off my shoes, notice my empty glass and think to go downstairs and get myself another drink…