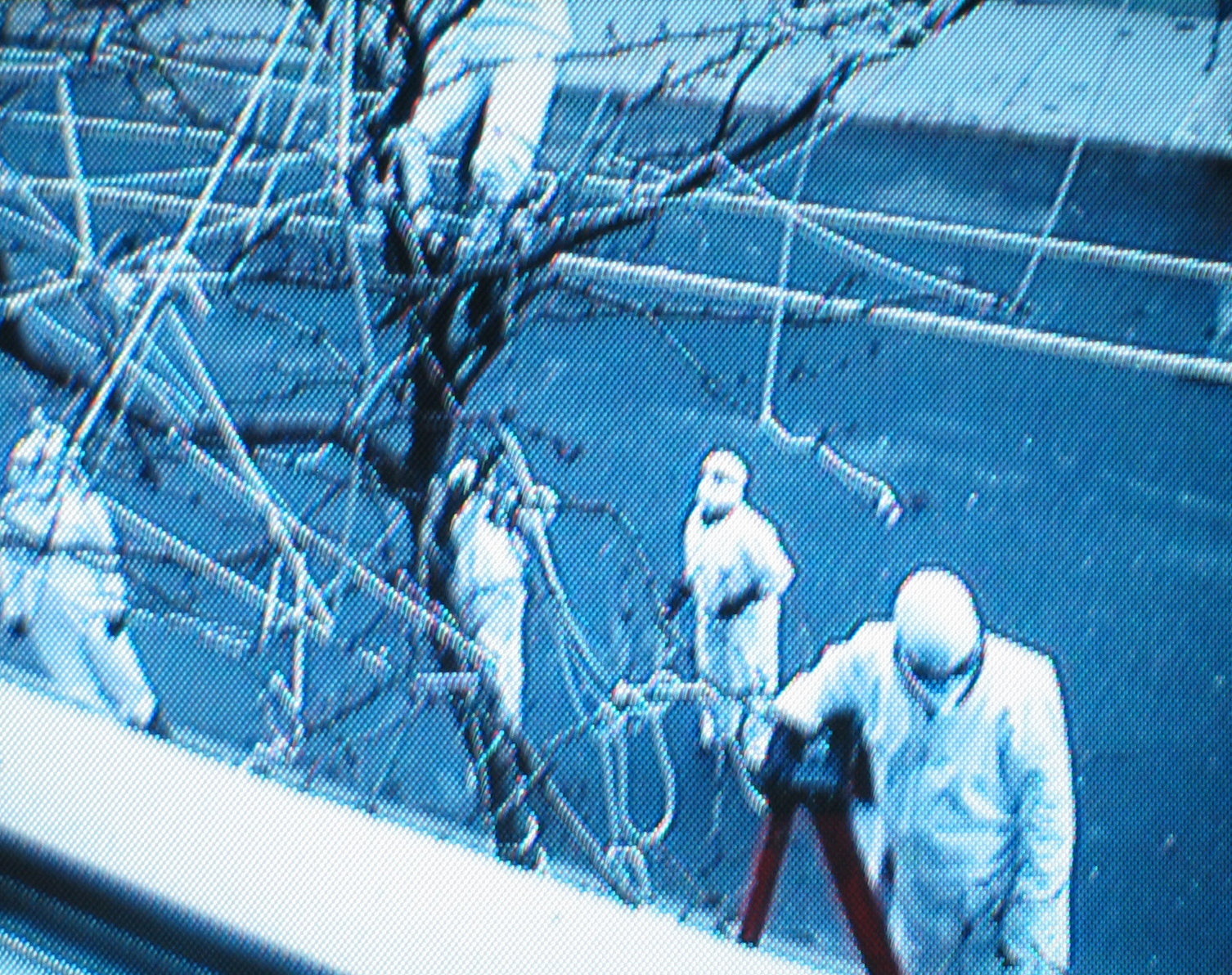 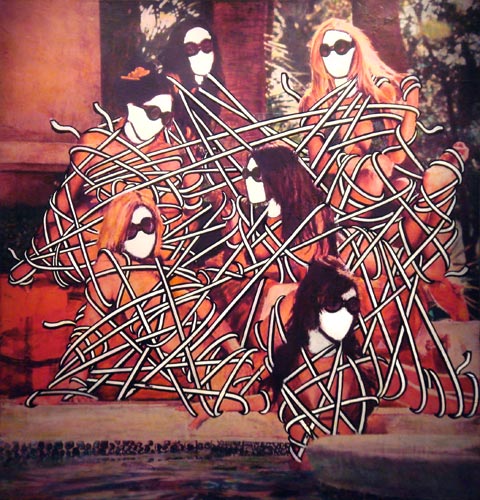 We here at Scallywag and Vagabond are quite adamant about championing provocative work from those artists whom we deem unique, highly talented, a smidgen deranged and with a sensibility that continually forces us the consumer of their work to reexamine our personal sensibilities and understanding of the world and life.

That said we decided to send the equally eccentric Lauren Goldstein this past Thursday to The Proposition Gallery to find out why Allan D Hasty and Parker Wolf were dressed in white body suits with rope careening around them and to see how this could manifest in a greater sensibility and a re aligned vision of perception…. Heightened reality or super reality? There’s more than one way to be held hostage, sometimes the best hostage takers are ourselves…-Scallywag. 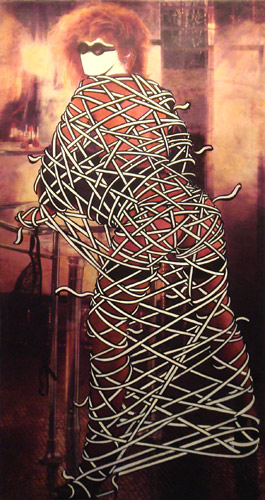 SCV: This is a bit of a departure from your earlier works that I saw. Can you tell me what inspired this?

SCV: So you restrained the trees because ….?

SCV: So would you say you have a problem with nature?

(this scallywag is of the female breed)

Allan: We are the masters in the short term but in the long term no. We arrogantly think we can restrain. In a weird way its about responsibility. We tied up the trees to save them. She wanted them dead.

SCV: So this woman, the owner, she wanted the trees dead because they were blocking her view?

Parker: A lot of people don’t see trees as alive in winter.

Allan: We waited for the winter so the leaves would be gone so people didn’t feel that we were hurting the trees. But if the trees had leaves and we tied them up it would be the same.

SCV: So people look at trees as dead when they are bare?

Allan: Yes most people see just a skeleton they think it’s not even alive. That’s why we chose this time of year. We didn’t want people thinking we were hurting the trees.

Parker: And we worked with an arborist. And the city and the Parks Department.

SCV: So have you thought a lot about restraint since you’ve been working on this project?

Parker: Yeah definitely. Like I can’t walk down the street without thinking about tying things up. I’m gonna have to un-think like that.

SCV: How do you think we as humans are restrained?

Parker: Well you’re stuck in your whole body. You can’t get out. That’s the whole point of the walking man, You can’t get away from what you look like and instantly the human being judges the other human being by their face, how they’re dressed, how old they are…

SCV: By recreating the illusion of restraint what do you hope to say?

Allan: The things that you only say to yourself at three o clock in the morning. 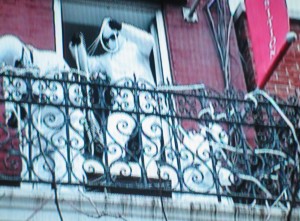