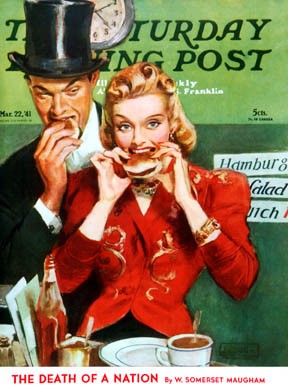 We’ve been wondering about the media’s preoccupation with status lately (and by default ours too) and what this portends. The trophy life styles, the well appointed celebrity poster boys making their late night tv rounds, the dazzling cars and the gazelle like models wandering with affected vacant expressions with attached ‘Louis Vuitton,’ bags and let’s not talk about the professed arbiters of culture in their private jets and their million, billion dollar campaigns.

What makes it all the more interesting is the acute times that we are living. Acute, because that part of the world that is now falling is the one that is never supposed to fall (at least not frequently and not without the good graces of the government’s help).

Day in day out, the new mantra is how celebrities (an interesting acquired state of status indeed) are beginning to fall behind, have to re admit to self help clinics, and have resorted to canceling dinner appointments (amongst other things) to their favorite restaurants or where ever one goes to put on a show.

Let’s take Damon Dash, the founder of ‘Roc-a-fella Record’s’ quick rise to meta fame and wealth and now an equally dizzy ungracious fall back to the inner city life. The ‘Huffington Post,’ for example was getting off on his uncompromising demise, the unpaid legal fees, the vacant Tribeca condominiums and his 1300 pair of shoes. Let’s not even talk about the recent suicide of the hip hop label head Shakir Stevens (the post recently relinquished by Jazz-y) of ‘Def Jam Records.’ A man who called being the head of the eponymous label only three months ago his ‘dream job,’ or so we wonder. MTV news article

The suicide game of course is not just limited to the ivory league but has now managed to trickle down to the professionals, and the every day audience that normally watches such events on their tv’s as opposed to actually living them. Article after article see Huffington Post one can find stories of people who until recently were the beneficiaries of their peer’s respect, contempt, envy and rising home and equity portfolio and of course the burgeoning customers of ‘Louis Vuitton.’

This is not to say Louis Vuitton is personally responsible for such calamity, but rather the desire to affect such lush countenance has led to scores of people being unable to cope with their demoted reality and status. The only plausible solution and save of face being suicide.

What does one make of this? A poor man will not suddenly kill himself because he can only eat 4 slices of bread with a tab of peanut butter as opposed to the 6 he could afford yesterday. It’s the guy who went from dining out at ‘Boulud’ for instance and now sulking past ‘White Castle’ who is contemplating the wretchedness of life….his life, who is bewildered and astonished at his new fate despite his ardent beliefs that he is entitled to live the AMERICAN DREAM.

But what is the American dream? Is it freedom, prosperity, health and mobility or is it really super reality shows, over extended school loans, underpaid vocations, debunk credit cards and vacuum cleaners that once cost him a thousand dollars and the pride of his wife? If they could do it on tv why couldn’t they do it in their shopping malls and big sprawling hummies and SUV road huggers that took them there? Even here General Motors and Ford, the behemoth American car manufacturers have had the public lose faith in them.

So what was going on? What was compelling us to spend and live beyond our means? Was it the idea of entitlement, that because we were all powerful, went to see baseball games where ball players (I repeat BALL players) where earning million dollar plus salaries, starring in our own reality shows, seduced and introduced by the media (and still…..) that made sane healthy people choose to live a very unreal reality show called their life?

What about the subcultures? After all status comes in many different guises.
Let’s take life in the inner city. It’s clearly understood by the city dwellers that life isn’t going to get too fancy anytime too soon, although with hard work, talent, introductions and commitment things are still possible. What distinguishes people who live in these and similar cliques is the status conferred upon those members who wear a certain shoe perhaps, their sexual conquests, their swagger or dare we say the mixed wonder and contempt of a hustler selling crack, dope and other illegitimates. The only difference maybe between what they do and what our preferred derivative dealers do is the former is obviously illegal and the latter legally and socially sanctioned. Never mind that the people who can most afford and do consume the contrabands are often the ones in the esteemed professions.

This presents us with a delicious irony, those of us which until recently had resided in the public’s large love and valor have now seen themselves capitulated as the scornful malevolent greedy ‘sons of bitches’ who got us all in the current financial mess. Recall how congress couldn’t initially get the required votes to push through with a 700 billion dollar bail out, all because people got on their phones and started harassing their congressmen with contempt for such measures. Equally ironic because until a little while ago we were all queuing in line to get our own adjustable mortgage and highly leveraged home equity lines. Of course now that game is over (for now and while we wait for a new game to replace that one) the public is bitter and disenfranchised, even if they still watch their fantasy shows and still believe in the allure of celebrity liposuctions and testimonials.

Peanut butter sandwiches you think, I’ll have mine with strawberry jam, with out the high corn fruit syrup if you don’t mind……