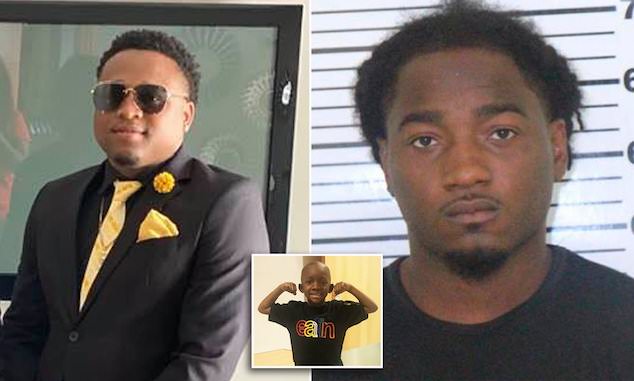 A 26-year-old father has been shot dead in Iowa while attending his eight-year-old son’s funeral following the child dying from cancer.

Jeramie Shorter of Davenport was shot in the parking lot outside the Weerts Funeral Home in Davenport in eastern Iowa on Saturday morning.

Shorter, who had a total of 17 children, died in hospital shortly after.

The funeral home said the shooting happened following an altercation between two attendees in the parking lot.

To date investigators have declined to release a motive for the shooting and it is not clear if the two men knew each other.

Of note, the victim according to social media had previously been charged with firing gun-shots in Davenport in 2016. It remained unclear what connection the victim’s past may have had with him being gunned down over the weekend.

Shorter had been at the funeral home for a visitation period ahead of his son Jermier Leon Shorter‘s funeral.

His son had died on July 18 following a lengthy battle with cancer.

Jamie Delaney Shorter, who is the victim’s father, told KWQC that he couldn’t fathom why anyone would bring a gun to a child’s funeral.

‘Him losing his son. I’m losing my grandson to cancer that he fought for many years. We went through that two weeks ago, then to go through this? Now I don’t have him. It’s hard,’ he said.

‘Why would you want to bring a gun to a kids wake? To a baby’s wake? No matter what’s going on. Where was your mind thinking?’

Police said they started receiving 911 calls at about 11.30am reporting that a man had been shot outside the funeral home.

Officers responding to the scene spotted the suspect in an Infiniti sedan without plates and attempted to pull the car over.

The suspect sped off and police say they disengaged for fear that a high-speed chase through residential areas could injure bystanders.

Police later found the suspect, who tried to flee on foot, but was caught and arrested.

During the chase, the suspect – threw a bag containing a gun over a fence, police said.

Laster is prohibited from having a gun because of felony convictions from 2018.

He appeared in court on Sunday on charges of first-degree murder, eluding, being felon in possession of a firearm and interference with a weapon.

First-degree murder, a Class A felony in Iowa, punishable by life in prison without the possibility of parole.