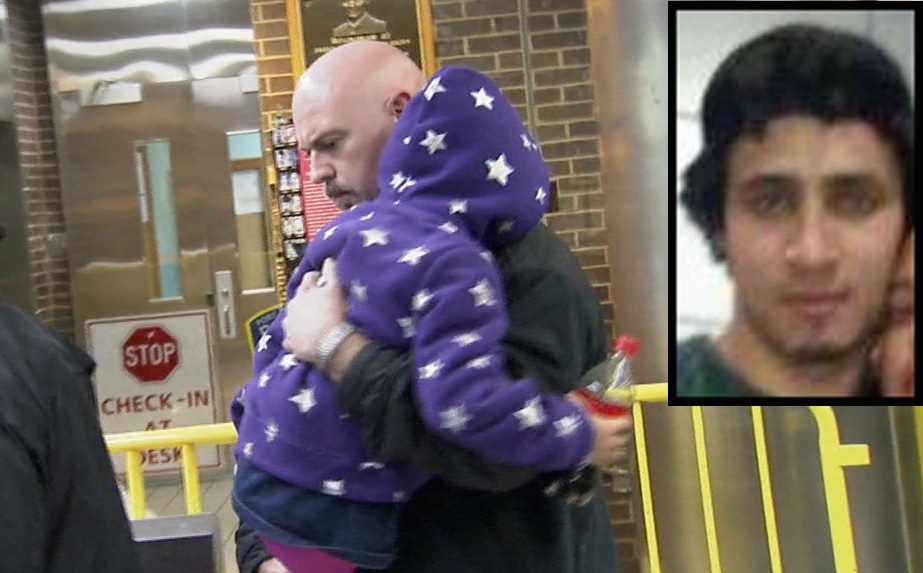 What led to Elmer Gomez Ruono abandoning his 5 year old daughter by Port Authority Bus Terminal? Did he murder the mother of his child in a love triangle gone wrong?

A 5 year old girl abandoned by her father at NYC‘s Port Authority Bus Terminal Monday morning has led to investigators seeking the toddler’s father after the girl led them to the family home where they came across the daughter’s dead mother.

Wanted is 32 year old Stamford, Connecticut man, Elmer Gomez Ruono who authorities have since described as a ‘person of interest’ after the man went missing after dropping off his 5 year old daughter by a Hudson Newsstand at Port Authority.

Questioned by police, the daughter told how her father told her to wait after the pair had taken a bus to the bus terminal only to never return.

It wasn’t until passerby’s came across the girl who was still waiting by the newsstand circa 10am yesterday morning that police were called.

Told a source via the nypost: ‘She’d been sitting there for some time . . . The kid told the cops that her father had told her to wait there.’

The girl, who spoke mostly Spanish, was taken into the care of cops. She was then able to give them enough information to locate her Stamford, Conn. home.

When cops went to the address, they found her mother, a Guatemalan in her early 30s, dead inside.

A report via the the Stamford Patch cited police saying there were no signs of a struggle inside the family apartment. That said authorities believe an argument between the parents may have broken out leading to the woman’s death.

Yet to be necessarily understood is how the mother died and whether the father, Elmer Gomez Ruono, still on the run, was involved in the woman’s death?

Police believe the child, her mother and dad had just moved from New Jersey a couple of days ago.

Of note, a report via the Advocate tells of the family hosting a party Sunday night to celebrate their new home.

‘We are trying to find out more about the family because they only moved to Stamford from New Jersey today [Monday] or yesterday,’ Stamford Police Captain Richard Conklin, head of the department’s Criminal Investigations Bureau told via the nypost.

Conklin added that the department was pursuing the death ‘as if it was a homicide,’ although the local medical examiner had yet to rule on the cause of death.

A second ‘person of interest’ was seen escorted out of the Port Authority police station Monday afternoon, and cops said the situation appears to be a ‘love triangle gone bad.’

In the interim the five year old girl remains in police custody as authorities tell of ‘working on placing her.’

The missing father is described to be approximately 5’8” tall and weighing about 140 pounds and having long black hair, a medium build and medium complexion. 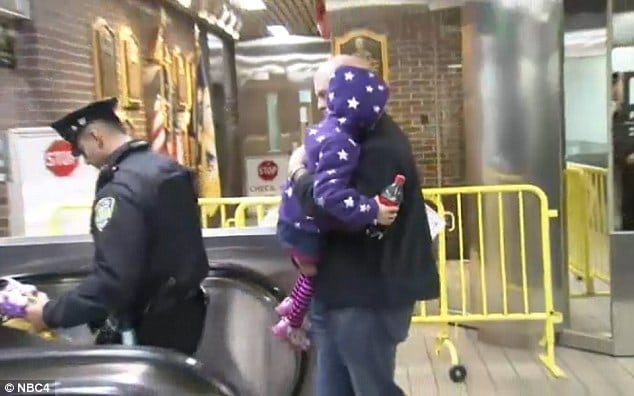 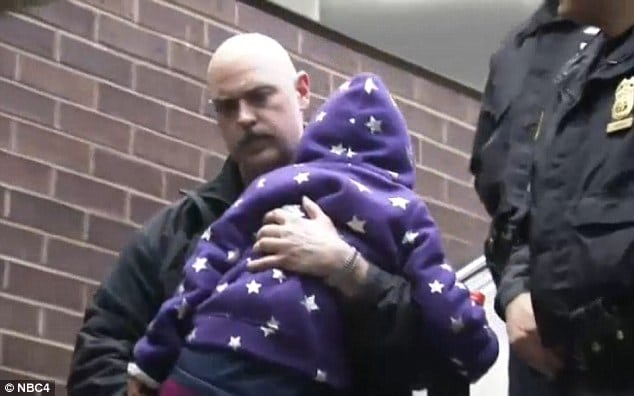