How Claire Fielding a young mother succumbed to an unrelenting cocaine addiction. Could one mother’s death have been averted? An inquest makes a ruling.

Out of Bolton, Greater Manchester comes a cautionary tale of young mother Claire Fielding who literally killed herself after picking up an insatiable habit of snorting no less than 4 grams of cocaine a day in a bid to self medicate. Remind you of anyone?

According to a report via the UK’s express the 34 year old retail assistant (who knew ‘sales hands’ could make so much money to afford unwieldy habits?) had picked up the habit along with guzzling half a bottle of red wine to chase the ‘good stuff’ down after struggling to a ‘severe condition of tinnitus.’

Tragically the woman died this summer past, on July 22 when one morning Claire Fielding called out to her partner while struggling down the stairs with ‘blue lips,’ unable to breathe and pleading for an ambulance to be called.

By the end of the day the mother of two would be dead. The result, medics said of Fielding having used an obsequious amount of cocaine daily for 14 years. To self medicate of course.

A subsequent inquest told of the now dead woman having been and ‘outgoing and bubbly’ (do you suppose?) while at the same time having ‘retreated into her shell’ due to the ‘hearing condition’. Or ‘cocaine addiction?’

Told her boyfriend of 17 years, 41 year old man, James Goodyear: ‘She had hearing problems which deteriorated more recently. She also had problems with panic attacks and with her breathing. There were two or three occasions where she had struggled to breathe.

‘She did drink about half a bottle of wine most nights, regularly. She suffered from tinnitus and that’s what calmed her. It was this buzzing in her ears all the time.

‘I knew that she took cocaine at weekends sometimes. It was a form of self medication for her. She was quite a private person really. She never really said what was going through her head.

‘The week that she died had been quite a hot week, and she had started to lose her voice and it was quite croaky. She had problems with her breathing two or three times before that I knew about, and twice at work.

‘On the day of her death I went upstairs and woke her up, because she couldn’t hear the alarm and went back downstairs. She came down into the kitchen, she was gasping for breath and she said ring an ambulance.

‘She was in the kitchen, she must have been she wasn’t talk she was going to the back door for some fresh air but as I was on the phone to the ambulance she started to go to the front door.

‘I had seen her like this before. Her lips had started to go blue but they had gone back to normal by the time the ambulance arrived. She wasn’t in a good state.’

Of curiosity is to what extent if any the live in boyfriend participated, abetted in Claire Fielding’s addiction and whether the man had made attempts to get the woman to get a grip? Or at the very least seek alternative therapy, given that he after all had seen her lips turn ‘blue before?’

Mr Goodyear was asked if he knew if Miss Fielding had taken any cocaine the night before her death but he was unable to say if she did or not and added: ‘She could have done. Claire lived her own life. All the medical stuff she did herself. We only know what she told us.

‘I think because of her Tinnitus she put herself in a shell. She just sat there and she didn’t want to go out. She was an outgoing person she used to go out all the time.’ 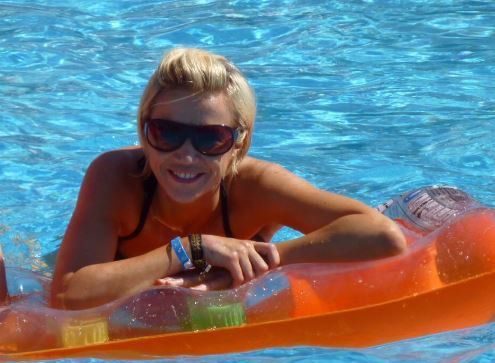 The inquest heard how Dr Anindita Paul from the Royal Bolton Hospital had been treating Claire Fielding for her tinnitus and inflammation of the throat from 3 February 2016 and last saw her in May.

Told Dr Paul: ‘Claire has to be stabilized at that time with the tracheostomy and some steroids were found to be helping. Claire also had a collapsed nasal bridge. She was a very bubbly person.

‘She obviously had difficulties at the time with her tracheostomy but felt the steroids were helping to improve. My job was to identify the cause of the infection. The toxic infection in this case was due to cocaine use. She told us that she was using the substance by inhalation rather than injecting.’

And what action did Dr Anindita Paul to take to help her client get better? Which is to ask was there really anything the medic could have done or said to get Claire Fielding to stop loathing herself and seeking to constantly escape her existential void except perhaps finding the courage to life live full on and head on?

Recording a conclusion of a drug related death Assistant Coroner Rachel Griffin said: ‘Claire has been described as a very bubbly and very caring young lady. She had struggled during her life with drug use and particularly her use of cocaine.

‘She was warned about the risk of using cocaine and she was fully educated from her own research of cocaine. It is clear to me Claire died from a cardiac event due to her drug use.’

Adding: ‘I hope that if any good can come out of Claire’s death it is a warning to others about use of cocaine and the dangers of using cocaine.

‘It is a very dangerous drug even in small amounts even with a one off use or long term use it can have fatal consequences.’ 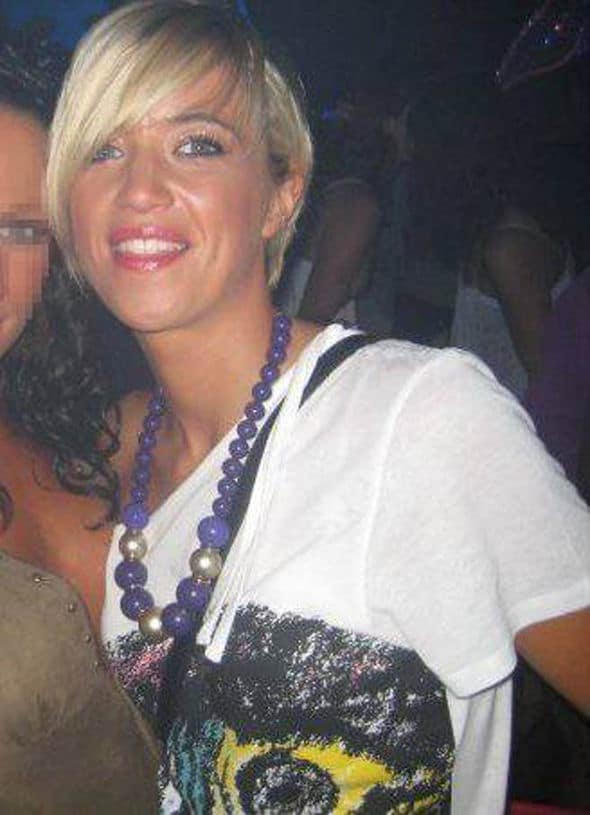