Who killed Darren Seals activist? Social media erupts with theories as to who may have wanted the Black Lives Matter activist dead.

Authorities have described the death of activist Darren Seals as a homicide after the 29 year old man was found dead inside a vehicle that had been set on fire in the streets of St Louis.

Shot fatally in the head before the car was set alight, police have told the motive behind the activist’s death remains unclear.

The discovery of Seals body came after St Louis Police responded to a call of a car on fire in the early morning hours of Tuesday morning in the northern county. How or who set the automobile alight is yet to be necessarily understood.

During protests, the rising activist had sought justice for the shooting death of Brown after a white police officer shot and killed the unarmed black 18 year old.

To what extent Darren Seals murder is connected to his activism is yet to be necessarily understood.

A report via the St. LouisAmerican told of Seals being a factory worker and a hip hop artist.

In an interview with MTV News, the activist said gun violence plagued the city, telling: ‘What people don’t understand is, we actually live in a nightmare.’

Adding: ‘We actually live in a place where gunshots [are normal]. We hear gunshots everyday.’

Going by the name of King D Seals on his twitter page, the artist/activist called himself a ‘Businessman, Revolutionary, Activist, Unapologetically BLACK, Afrikan in AmeriKKKa, Fighter, Leader.’

Previous posts included Seals often speaking out over social justice issues, including police brutality, along with being critical of groups, including Black Lives Matter, which he considered to be outsiders who came into the Ferguson community. 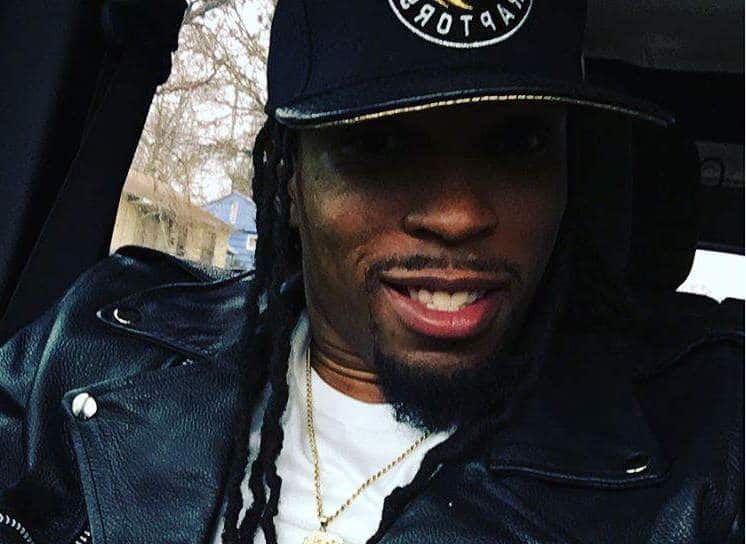 The message is being sent loud and clear from BLM leaders, org or movement. He called them out, they don’t say his name #DarrenSeals

Of note, some commentators on the web have wondered whether the black activist movement may have killed Seals as a form of retribution, while others wonder if his murder was the result of local crime, a robbery gone wrong?

Wrote one user: ‘Don’t bite the hand that feeds you. Talk shit about BLM, you’re going to eat shit.’

Others have wondered to what extent Darren Seals death may be connected to that of the police force itself?

The murder of activist Darren Seals is raising a lot of red flags. Here was a tweet he sent a couple of months ago https://t.co/ysbtM9Dm4I

Given what we know and what we’ve seen, should St Louis police or any police force in that area be investigating the Darren Seals case? Ijs

A car set on fire & explodes erases the evidence Yet cops know it was #DarrenSeals & that he was shot. The car was a fireball. U do the math

Most recently, Seals voiced his support of San Francisco 49ers quarterback Colin Kaepernick, after the football player refused to honor the national anthem at NFL football games to raise awareness of racial inequality in the United States.

In the aftermath of Darren Seals death, outpouring for the activist on social media has seen an avalanche of condolences and praise.

Tweeted DeRay Mckesson, a prominent Black Lives Matter activist: ‘We can live in a world where people don’t die by violence. Nobody deserves to die. We did not always agree, but he should be alive today.’