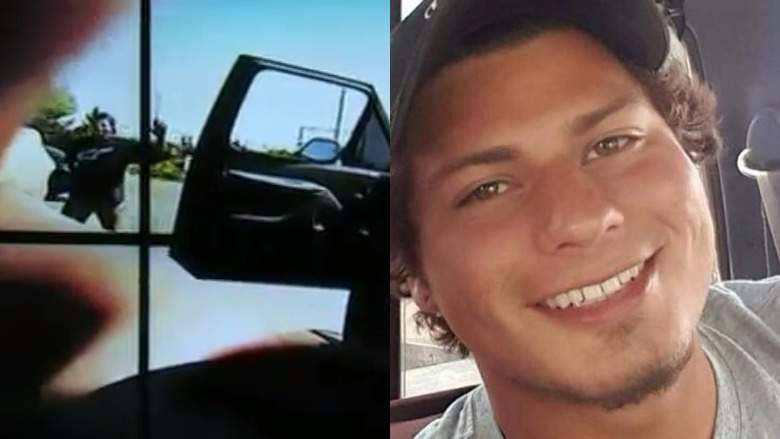 Fresno, California police on Wednesday held a press conference in which they released body cam video (see below) of the moments leading to the June 25 shooting death of Dylan Noble.

Prior to the release of the video, the police department held it would not share the video with the public until an internal revue had been completed. Until then, the video had been shared with the victim’s family on July 8.

After watching the footage, Noble’s family launched legal action against the city alleging that the shooting was ‘an inexcusable use of excessive force’.

At the time, Darren Noble, Dylan’s father had told: ‘They just wanted to shoot him,’

Offering his condolences to the 19 year old teen’s family, the police chief described how officers were heard ordering Dylan Noble to show his hands and get out of the ground during after having asked him to get out of his pick-up truck.

The call to action came after a suspect matching the truck being driven by Noble was alleged to be a carrying a rifle.

Police claim that the officers believed Noble had a gun, though they later learned he had no weapons on him or in his pickup truck. 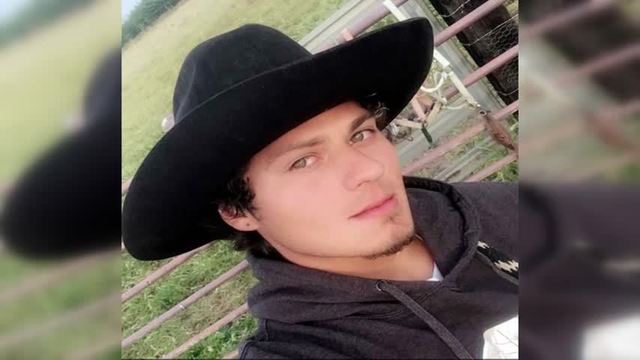 What becomes apparent is that Noble at no point does exactly what officers ask of him, giving the impression that he might have something to hide or he might be willing to be antagonistic.

Demanding that the teen keep his hands up at all times, Noble does otherwise, while keeping his left arm up, and at another time turning his back towards officers as he walks away from police officers with his hands reaching towards his waist, it becomes apparent that Noble for reasons not necessarily understood refuses to abide as requested.

At one point the teen is then heard saying he ‘hated his life’ and at that moment raising one of his hands. Once again the viewer is left wondering, is Dylan Noble tempting fate and whether in fact he is courting suicide by cop?

Having raised his hand, one of the two officers who had sought to contain Noble then fires off two gunshots, with Noble then seen falling to the ground.

From there the teen rolls over where he is observed reaching underneath his shirt, with his right hand, into the waistband.

Dyer said the officer who fired the first two shots then fired a third shot.

Officers were later heard telling Noble that if he reaches one more time, he will be shot again. Afterwards, Dyer said Noble reached under his shirt for a second time. At that time, Dyer said the second officer, who has not fired a shot, fired a shotgun blast at Noble.

It was disclosed that an object in Noble’s hand, believed initially to be possibly a weapon, whilst on the ground, determined to be a 4-inch plastic container with malleable clay.

Dyer then showed a second body cam video, taken from the officer who was armed with a shotgun.

Dyer said the time was right to release the video, after considering questions on maintaining the integrity of the ongoing investigation. Dyer said Noble’s family was shown the video first, before members of the community had a chance to see it.

According to a report via KSEE-TV Dyer said that on July 1, he requested the FBI monitor the investigation, in addition to conducting its own investigation into the incident, for any possible civil rights violations. 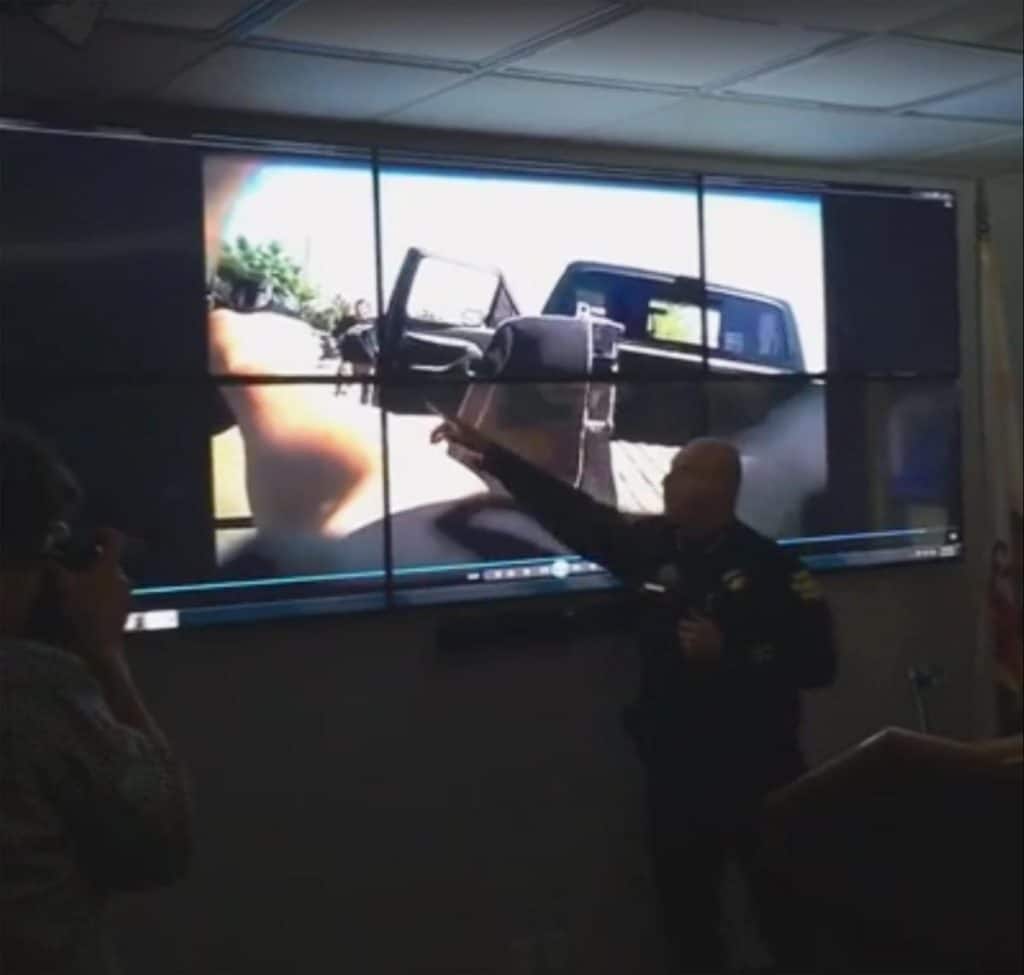 During his presentation, Chief Dyer said the investigation would seek to determine whether each bullet was justified and if there were alternative actions the police could have taken.

Of particular note, the chief acknowledged the video would ‘raise questions’ about whether the last two shots fired were justified.

Offered Chief Dyer: ‘Were the last two rounds fired by the officers necessary? Based on a reasonable fear, did the officers have to use deadly force? I do not have the answer to that today,‘ he said, adding: ‘That video was extremely disturbing to watch.’

The video’s release comes just a week after cell phone video of the officer-involved shooting was released by a law firm representing Noble’s family.

That video only showed part of what happened, with the crucial seconds leading up to the first shots being fired not seen. That video is shot from behind the wall of the gas station, and the identity of the person who shot the video is unknown.

Of note, Dyer declined releasing the names of the officers, whom are now on administrative leave and have a collective 37 years of police experience

Following the release of the Dylan Noble body cam video, family attorney, Stuart Chandler, told in a statement along with his talks with experts, that he was now ‘more certain than ever that the shooting death of Dylan Noble was the result of an inexcusable use of excessive force.’

On Tuesday, a law firm representing the Noble family filed a Claim for Damages with the City of Fresno in connection with the incident. 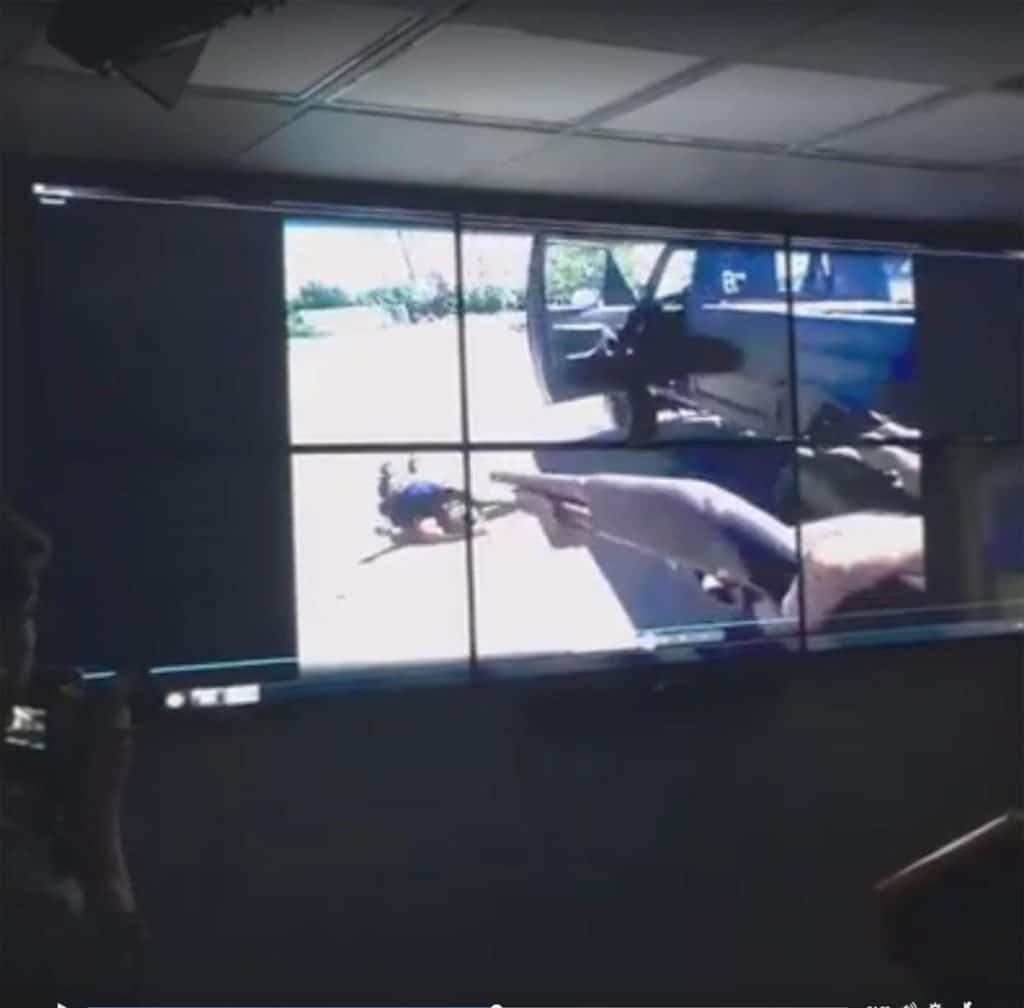