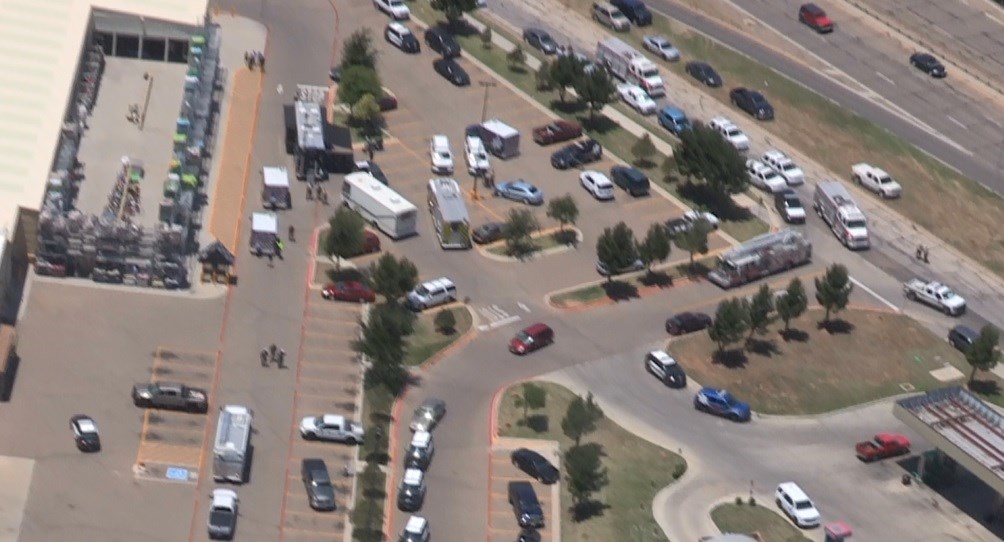 What led to tensions between Mohammad Moghaddam and fellow Walmart management escalating to the point of him turning up with a gun?

Mohammad Moghaddam a 54 year old former Amarillo, Texas Walmart worker has been shot and killed after walking into his former place of employment, mid Tuesday and firing gunshots and taking two hostages.

The Iranian emigre’s shooting death at the hand of a SWAT team came after Amarillo police received a call late Tuesday morning over a former employee who’d barricaded themselves in after taking two hostages at a local Walmart store.

Police said the incident came after the former employee felt shunned after failing to be promoted.

Told Amarillo Police Sgt Brent Barbee: ‘This individual had an ongoing difference, dispute or feud with a manager at Walmart.’

Reacting to concerns of possible terrorism, police released a statement in which they told:

‘There is no indication that this had anything to do with terrorism or the shooting that happened over the weekend in Orlando.’

At the time of the Walmart Amarillo shooting, a report via News Channel 10 told of Mohammad Moghaddam entering the store in the 4200 block of Canyon Drive and firing at least one shot toward the ceiling. An initial report said the suspect took a hostage and went into an office at the back of the store, police said.

Police don’t believe he fired any other shots.

About 12:20 p.m., SWAT officers saw what they believed to be the only hostage come out of the office. The officers went into the room and found a second hostage and the suspect, who was still armed with a handgun.

Police said the first hostage taken was the manager, Glen Jones involved in the dispute. No information was available about the second hostage, though neither was injured.

Immigrant Mohammad Moghaddam Takes Hostages at Amarillo
Is Shot Dead by Police
ANOTHER SHOOTER BROUGHT TO YOU BY DHS https://t.co/1lSX9V7fKm

A report via the Amarillo Globe-News told of Mohammad Moghadddam, his wife, Adel and their two children moving to Amarillo from Iran eight years ago. His wife also worked at Walmart.

Told the wife who also worked for Walmart: ‘I saw him this morning. He was happy and ate breakfast and then went to work.’

In a Facebook post, the sheriff’s office thanked everyone who helped ‘spread the word today during the intense hostage situation.’

‘Your shares helped us keep the area clear during an extremely dangerous situation…and helped us inform the public in a very timely manner,’ the post said.

Of note, Watchdog.org reports Amarillo has recently taken in 1,000 refugees from the Middle East, giving the city of less than 200,000 the highest refugee ratio in the country. The refugees tells a public health department are coming from a ‘myriad’ of countries, according to the Amarillo public health department, including Somalia, Iraq and Iran.

Police have yet to have disclosed how long Moghaddam had worked at his most recent place of employment, what his job was and why for that matter the man felt he was owed a promotion.

And then there were these tweets below that landed on social media which piqued this author’s curiosity….

Another Muslim immigrant involved in a police shootout. These ppl need to all be physically removed and repatriated https://t.co/Gr003gBpkq

APD: NO confirmed gunshot victims at Wal-Mart. Officers are inside. No shooting ongoing at this moment pic.twitter.com/wRNDbeIvjB