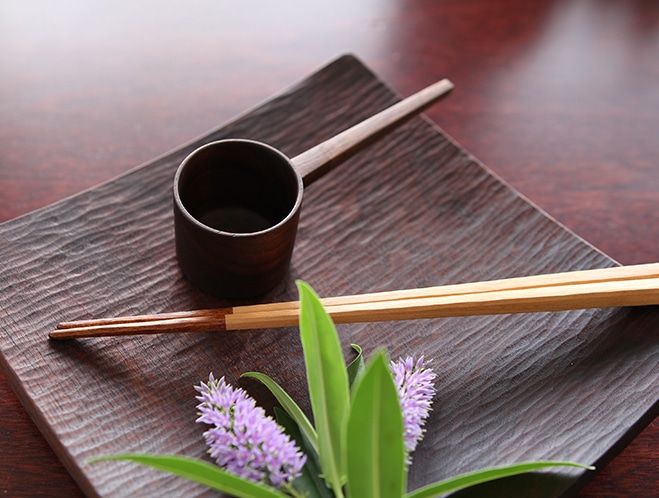 Japanese man, Michikazu Ikeuchi, 51, has been arrested after admitting ‘accidentally’ stabbing his elderly father to death with a 30 centimeter chopstick during a family feud.

The man’s arrest comes after stabbing his 8o year old father in the throat with the long wooden chopsticks after a fight broke out at the family’s Osaka home.

Denying the murder charges against him, Ikeuchi told police he hadn’t meant to kill his father according to a report via Yomiuri Shimbun.

Told Michikazu Ikeuchi: ‘My intention was not to commit murder.’

Adding: ‘I was annoyed by my father’s speech and conduct.’

Told a police officer from Yao Police Station via japantimes: ‘Ikeuchi told us he had tried to stop his parents from arguing and he did not intend to kill his father.

‘He said in his anger he waved the chopstick in front of his father but before he knew it, it got stuck in him.’

The chopstick used in the fatal incident was a large cooking utensil.

Upon realizing he had killed his father, Michikazu Ikeuchi, who lives with seven people including his parents and his brother’s family, called emergency services to turn himself in.

A report via the dailymail tells of chopsticks having been a staple utensil in Japan since 500AD with the Japanese the first to create the now popular disposable set which are made of bamboo or wood.