Anthony Michael Sanders, how one Texas father with a history of physical abuse came to kill his toddler daughter after interrupting a video game he was playing.

Anthony Michael Sanders, a 31 year old Watauga, Texas man has been charged with capital murder after beating and killing his 2 year old daughter after distracting him from a video game.

The charges against the father on Friday come after the December death of two year old toddler, Ellie Sanders, at the family’s suburban Fort Worth home.

In a press release, Watauga police Sgt. Jason Babcock said investigators believed an enraged Anthony Sanders bruised the toddler all over her body, bit her on the back and killed her when when he held her down with his hand over her face.

Told the policeman: ‘He’s very involved in computer gaming…That’s something he did constantly,’

Tarrant County medical examiners ruled earlier this month that Ellie’s Dec. 12 death was a homicide by asphyxiation, with Watauga police arresting the father on April 15, the day after the finding. A judge set his bail at $1 million.

A report via the Houston Chronicle told Anthony Michael Sanders had been watching Ellie and his 5-year-old son while his wife went to an art show.

It wasn’t until the son checked on his little sister in a bedroom of the Fair Meadow Drive house after his mother, Cassie Wright came home around 8:30 p.m., that other members of the family had come to be aware that something was seriously very wrong with Ellie.

Offered Sgt. Babcock: ‘He tried to wake her up and she wouldn’t wake up,’

‘He went in there and told them that she was sleeping and wouldn’t wake up.’

From there, Anthony Sanders shouted for his wife to call 911 with North Hills Hospital medical personnel declaring the toddler dead later that night. 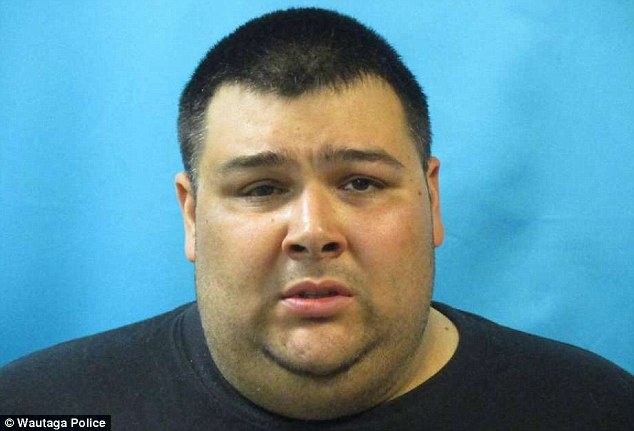 Told of disturbing injuries that Ellie had incurred, detectives suspected foul play after doctors told of the toddler having ‘raccoon eyes‘ bruises around her eyes, blood behind her ear and two adult bite marks on her back.

Unable to explain how the toddler sustained her injuries, the father insisted he’d changed Ellie’s diaper about a half hour before his wife came home.

Told Anthony Michael Sanders at the time according to a police affidavit: ‘She appeared fine and was up watching television in the bedroom laughing.’

Yet by his own admission, the father conceded he was the only adult at the time home during the time of the toddler’s injuries which caused her death.

Of note, murder charges against Anthony Michael Sanders come after the father was arrested in 2011 on charges of choking his future wife, but a grand jury declined to indict him at the time.

After Ellie’s death, Child Protective Services took custody of her brother, now 6. He has been placed in the care of a relative, CPS spokeswoman Marissa Gonzales said Friday.

KXAS-TV reports that Sanders is being held at North Richland Hills Jail in lieu of $1 million bail.