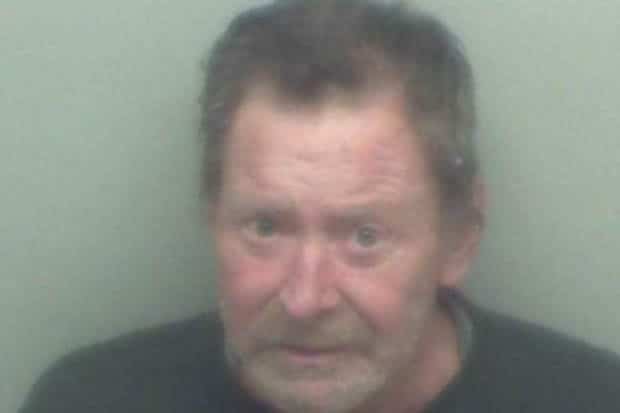 UK man, Paul Neaverson, 61 has purchased a one way ticket to jail after the bungling would be bank robber turned up to a bank demanding that the cashier put cash directly into his personal bank account.

According to police testimony read at Maidstone Crown Court, Neaverson walked into a branch of Nat West in Rainham, Kent with a knife and demanded that a cashier put ‘£500 in my account’ on March 16 this year.

As the man, who until now had no previous convictions waited for the cashier to oblige, the female cashier set off an alarm causing the man to flee.

According to a report via the dailystar, Neaverson also tried to hold up another bank just 400ft away, a branch of HSBC the same day, but again fled without any cash after the cashier told him he ‘did not have £500 in his cash till’.

Shortly after fleeing from the second attempted bank hold up (if you don’t succeed at first, try, try again kids..) cops would catch up with the man.

Defending our collective hero, lawyer, Danny Moore told the court that his client had never been in trouble with the law before and that his attempt to become a bank robber was ‘ridiculous’.

Offered the hapless lawyer: ‘It was ridiculous. It only had one ending – and here it is.

‘He has led a law-abiding life and now finds himself staring down the barrel of a very long sentence indeed.’

The court heard how Neaverson told police that he had no money and needed the cash to book a flight to Corfu, where interestingly he had an interview to become a golf coach.

Pleading guilty to two attempted robberies and possession of a blade, the court sentenced our collective hero to two years jail on Monday this week (Sept 7).

Told Detective Sergeant Dan Barker: ‘Neaverson was previously of good character and has learned the hard way that crime is not the answer when you are struggling to make a living.

‘He thought his only chance of starting anew was going to Corfu and this is what led to him committing these offenses,’

‘However, if you are desperate, there are support services available and there is no need to turn to crime.

‘He will now have plenty of time to learn the error of his ways.’

What do you think? Have you ever contemplated becoming your own errant bungling bank robber too…?