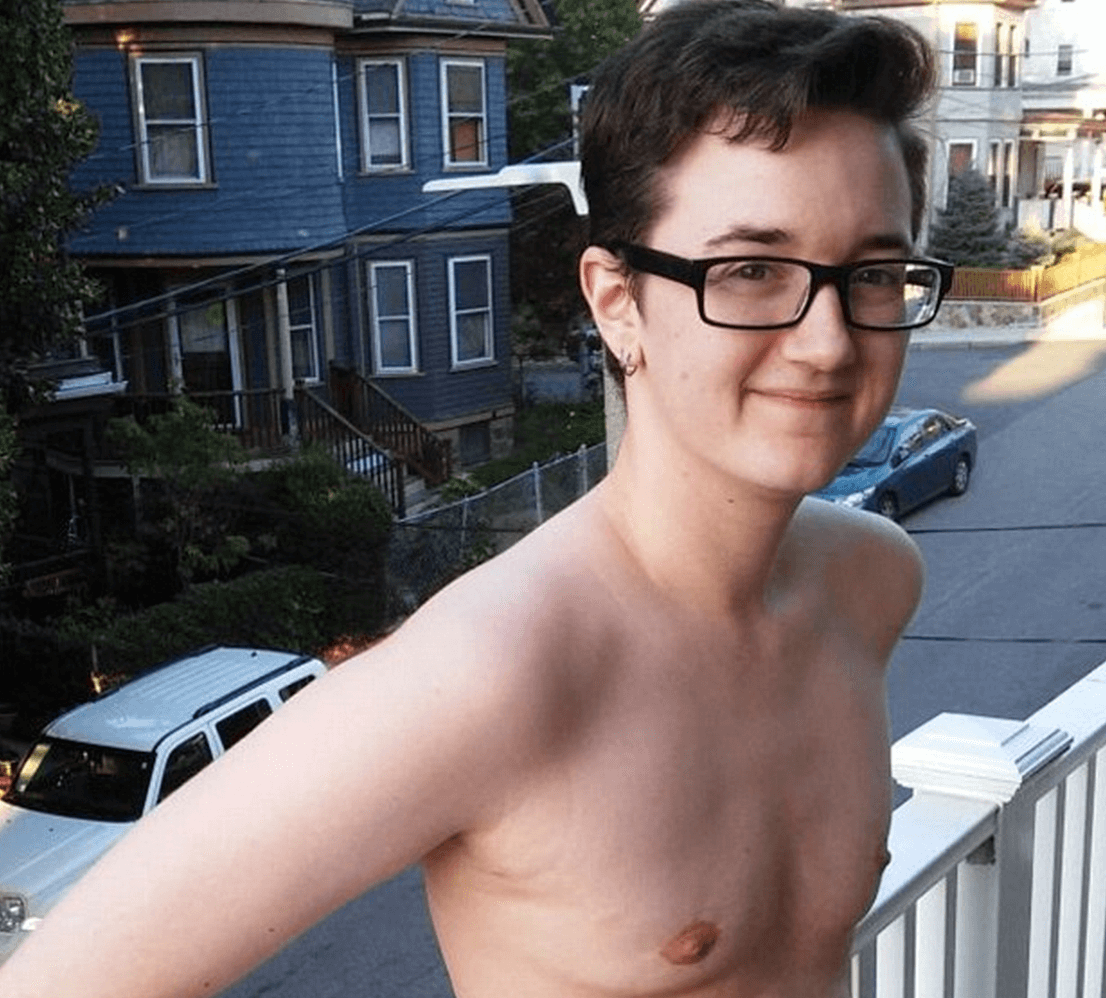 Lore Graham a Boston based writer has told that since removing her breasts and uterus she is at last at peace with herself.

Graham a self described ‘non binary’ person in an essay for xoJane, “I Was Sterilized and Had My Breasts Removed and I Couldn’t Be Happier” explains the decision to have an elective double mastectomy and hysterectomy came in a bid to ‘harmonize’ her brain and body.

Since finalizing a series of operations, Graham tells she is is relieved and happy to at last have a body that feels right.

In her essay, the novelist explains how she did not like to be called ‘her‘ or ‘he’, preferring ‘ze’ instead. While born biologically female, Lore felt encumbered by breasts, ovaries and a uterus, leading to the decision to remove them.

Up until recently, Lore lived as a feminine cisgender girl – meaning, Lore was biologically a girl and also projected as one.

Nevertheless that lifestyle didn’t sit right with Graham, and being a typical ‘girl’ wasn’t a perfect fit. Not identifying herself as totally transgender, and not wanting to be a boy either , Graham decided a complete sexual reassignment surgery was not the solution.

‘I felt weird having breasts and I despised my body’s ability to get pregnant,’ Lore explained. ‘I started taking testosterone three years ago, which improved my mental health and body image but didn’t solve the problem of my chest or uterus.’

Reiterates Graham: ‘It’s empowering to have made a decision about my body that’s based on what I truly want, rather than keeping a body I was uncomfortable in because society insists that everyone wants biological children. I live in my own body, that I’ve customized to better harmonize with my brain, and it’s working wonderfully.’

Over the summer, Lore went under the knife for both breast and reproductive organ removal – two major surgeries that were performed in the span of about a month.

Leading up to the procedure, Lore was a bit worried that, when it was all said and done, there would still be a sense of unhappiness about the way it looked. But those fears turned out to be unfounded. Once the drugs wore off, Lore was able to get a look at the results, and instantly felt relieved and happy to have a flat chest.

The ordeal wasn’t without struggles, however. The recovery period was tough: Raising arms and lifting anything heavier than five pounds afterward was off-limits, drains were inserted under Lore’s armpits, and a week’s worth of bed rest was mandatory. After five days, Lore had the drains removed, a process which was described as ‘horrifically unpleasant’. For weeks after that, Graham wore a special compression garment and continued to bleed occasionally.

The breast removal involved a peri-areolar procedure, ensuring there would be less scarring while allowing Graham to retain sensation in the nipples. Graham’s partner, Q, has also undergone this surgery and identifies as non-binary. 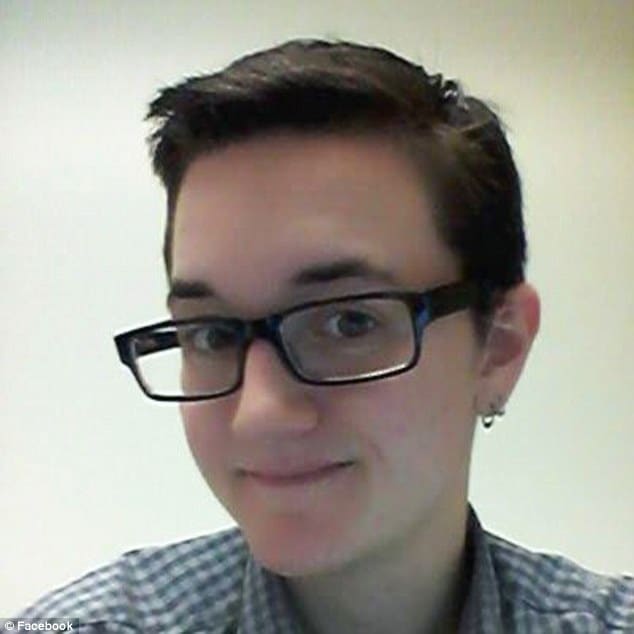 A follow up operation involved the removal of the cervix, ovaries, and uterus, with the vagina renaming unchanged.

Luckily, this surgery, too, went off without a hitch: ‘My abdomen hurt but luckily my vagina didn’t, and the doctor said everything had gone swimmingly.’

That is, until later. After a surgery like this one, patients are required to pee before they are discharged in order to make sure everything is still working properly. Lore ddin’t pee for an abnormally long time, even after chugging water and ginger ale, and was only allowed to go home after being fitted with a catheter. Graham would show normalcy soon with the catheter removed the next day.

Though Lore was in pain, there were no drains or restricted movements, and there was also the relief of being finally finished. Also, because Lore was already taking testosterone, there were no menopausal side-effects, which are typical after hysterectomies.

Lore also got to see some ‘pretty cool’ before and after X-rays, and learned from a doctor that ovarian cysts had been present before the hysterectomy – which made Lore even more glad to no longer have ovaries.

Two months later, Lore still doesn’t have nipple sensation, but is happy that they can still get hard. Even better, Lore no longer have to deal with ‘chest management’ while hanging out or having sex, and has found that getting dressed is less complicated.

‘If desired, I put on a shirt. That’s it. No bras, no binders, no support or compression, no back pain, no worrying about what type of shirt, nothing. It’s f***ing great,’ Lore said.

The self-described ‘androgynous, neuter person’ now smiles while looking at the scars from surgery. Lore used to suffer from ‘serious anxiety’, but now feels relieved to never feel worried about getting pregnant or getting a period.

According to Lore, who no longer feels stuck in a stranger’s body, making a decision about one’s own body, independent of what society thinks or expects, is empowering. 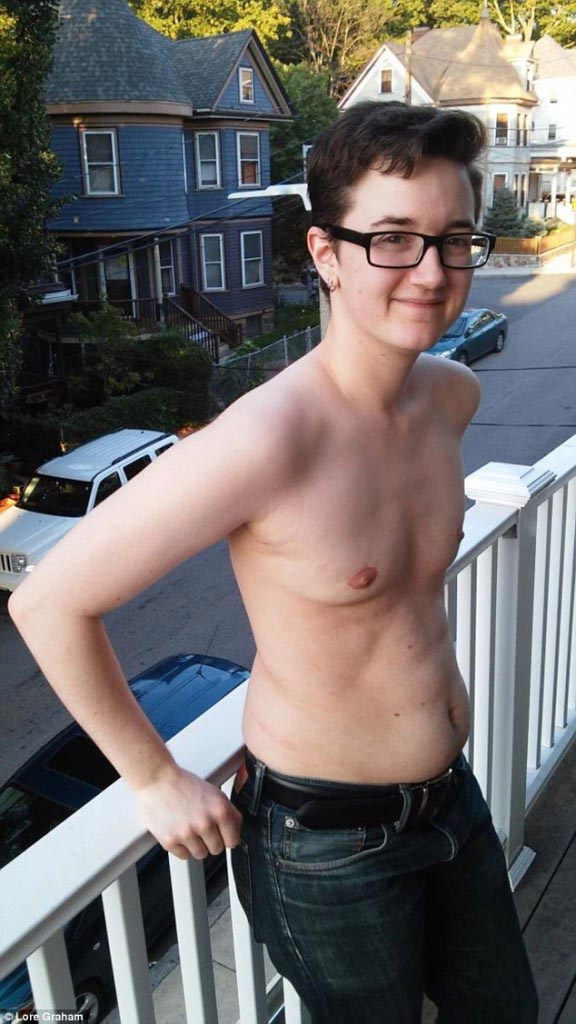 And then there were the following comments on the web that made me wonder. See what you think?

Your body, your life, your choice.

Have we created a third sex yet? If not then they are either male or female regardless of what medical procedure has been conducted.

Neuter or binary person has sex with partner, another binary. Is anyone else wondering about this and as confused as I am???