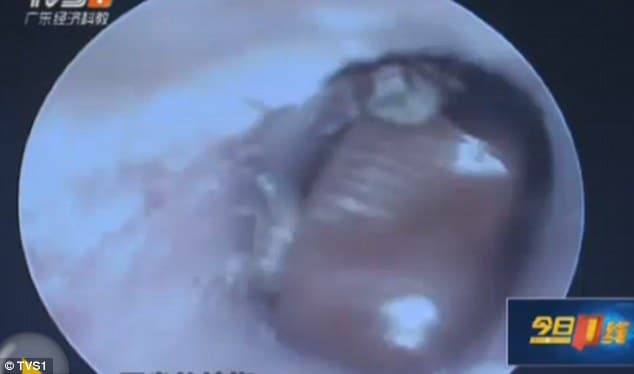 A 19 year old man, Mr Li from the provinces of Guangdong, southern China has caused disconcert after doctors discovered a cockroach living in his ear. A cockroach that would go on to lay a batch of 25 babies and cause the discombobulated man a sudden ear ache one evening.

Upon arriving at a local hospital complaining of having woken up with a burning sensation in his right ear doctors were left aghast at what they would soon come to discover.

Upon inspecting the pained man’s ear, doctors, according to a report via ,The People’s Daily Online informed Mr Li that the inside of his ear was crawling with insects. A prognosis which left Mr Li aghast.

Attending doctors would later tell that they believed a female cockroach had made herself a home in Mr Li’s ear canal several weeks prior before laying eggs in the unsuspecting man’s inner ear.

Offered Yang Jing a doctor from Chang’an Xiaobian Hospital in Dongguan via TVS: ‘We saw an insect-shaped object blocking his ear canal completely.’

The doctor according to a report via the dailymail later extracted a cockroach, measuring 0.3 inches long, from Mr. Li’s ear.

After further checks, Dr. Yang found another 25 baby cockroaches in his patient’s ear, which were thought to be laid by the female roach.

In total, doctors recovered 26 roaches from Mr Li’s ear: the mother, plus 25 babies the size of small mosquitoes.

After removing the insects, doctors told Mr Li that if he had not come to hospital when he did his ear ‘would have been destroyed.’

Depending on temperature, a typical batch of cockroach eggs can take between 24 to 70 days to hatch, which means the mother cockroach may have been living in Mr Li’s ear for some time.

Cockroaches are among the hardiest insects; some species are capable of remaining active for a month without food and are able to survive on limited resources.

They are mainly nocturnal and prefer dark, warm conditions – such as those found in the ear canal as Mr Li can personally attest to. 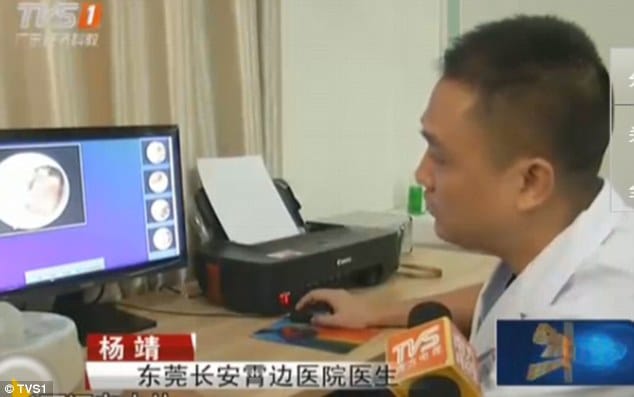