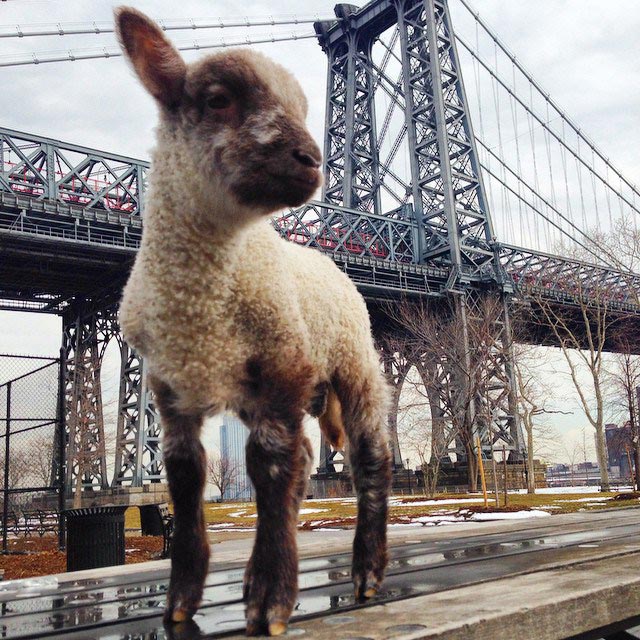 A NYC couple who adopted a lamb, since named Smokey Da Lamb have been told by NYC city officials that they must remove the animal from their Manhattan residence in the Lower East Side.

Taken in by restaurant owner Sandy Dee Hall, 34 after getting a call from a farmer client of his recently and very much welcomed by his live in girlfriend, Maxine Cher, 24 who at first demurred the couple told the UK’s dailymail that giving up the lamb has hit them particularly hard.

Offered Maxine: ‘Unfortunately Smokey has got to go back to the farm – we’re not allowed to keep a lamb in the city,’

‘I’ll be sad to see him go because he’s so loving but we’re officially adopting him which means he will never end up on a dinner plate.

‘We’ll visit as often as we can – Sandy has even taken lamb off the menu at his restaurant The Black Tree, in tribute to Smokey.

‘Smokey has caused a few disasters while he’s been here but he’s a farmyard animal so it’s to be expected.

Which reminds this author of the time as a young lad coming home to discover not one but three lambs running around in the family backyard. Running around until to the chagrin of one young boy it was time to quietly slaughter them and make a feast out of them. 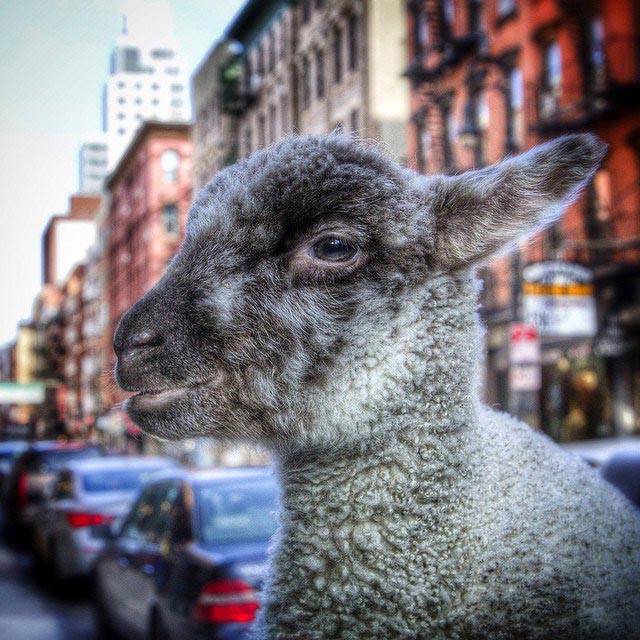 Reiterated Maxine: ‘Everybody should own a lamb – he is great and so loving.

‘I guess he’s like a dog which has not been potty trained.’

According to Smokey Da Lamb’s human parent, Smokey was born at Violet Hill Farm, upstate New York but was abandoned by his mother and would have likely died in the cold.

From there the owner of the farm reached out to Sandy who runs Manhattan-based restaurant Black Tree, agreeing to take the lamb which saw Sandy Da Lamb smuggled into his tiny apartment in the city’s Lower East Side

‘Sandy told me that he had adopted a lamb and I said he was crazy – we couldn’t look after a lamb,’ Maxine explained.

‘But when I saw him my heart melted – he was so cute.

‘He must have been around 3 or 4 pounds and was wearing a little diaper with his tail sticking out. He was so sweet and loving.’ 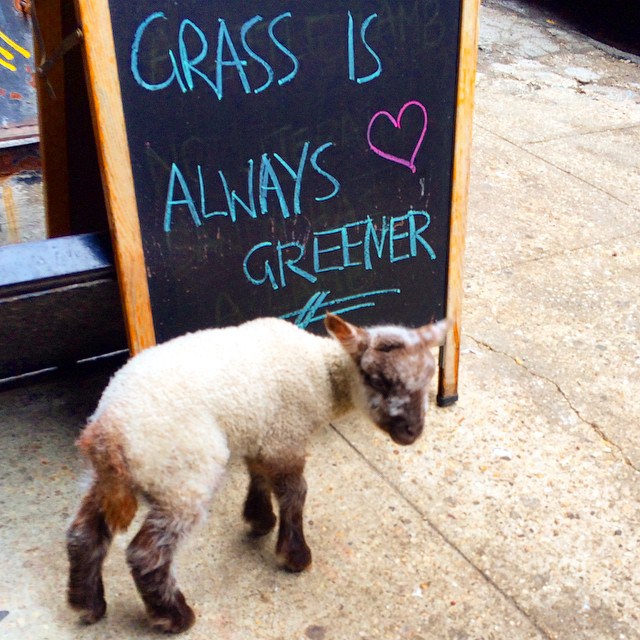 From there we are told Smokey is bottle-fed three times a day, along with being burped after his had his formula.

Other human touches include regular baths and only being washed with Woolite (as opposed to soap) so as not to shrink its fleece. That of course never stopped one young boy from riding on the back of the lambs in the mud as he clung on to their tails as they desperately tried to escape the clutches of an errant lout.

Other human touches include regular walks in the park (not to fear I made sure the lamb in our backyard got plenty of exercise) with Maxine acknowledging that she has never known that sheep could pee or poop so much. Something that this author and his irate mother who was forced to clean up after him can certainly attest to.

‘We can’t let him in the bedroom because he will make a big mess in there.

‘People in the city love him, it’s hard to get too far when you have Smokey with you. They’ll do double takes then run back to stroke him and take pictures – he’s so popular.’

Because who can resist the sight of an innocent bleeting lamb who has no idea of what destiny awaits it…. 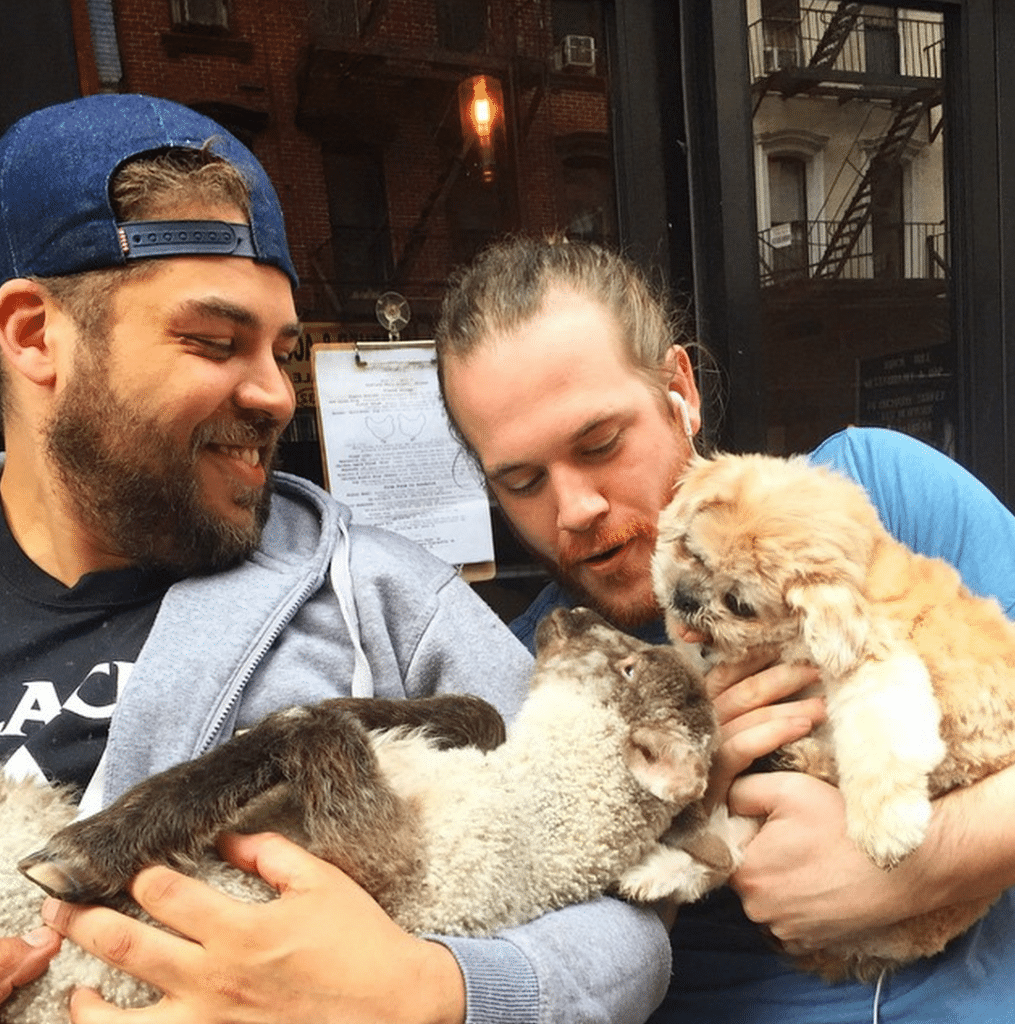 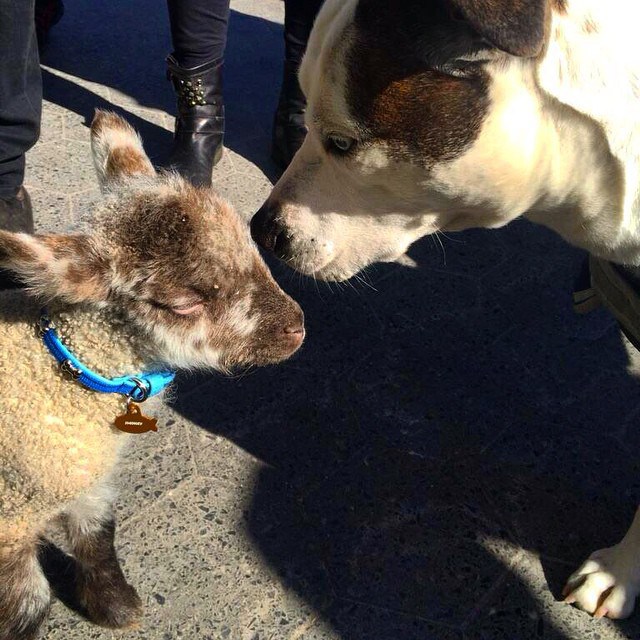 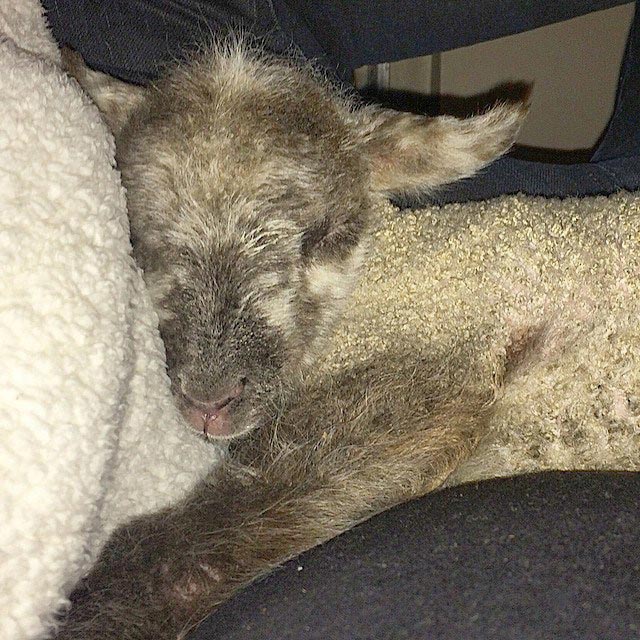