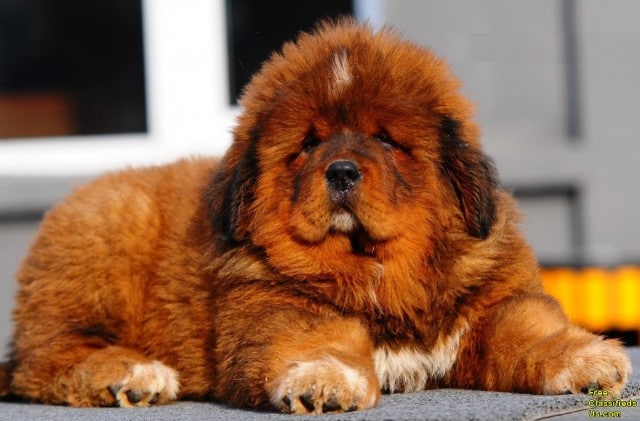 Boom and bust might be one way to describe the phenomenon which has seen one prized Chinese mastiff dogs in China sold for as much as $200 000 only to now find the same breed less than two years later being sold off to slaughterhouses for $5 a head.

So dire has been the trend of desperately wanting to own once prized Tibetan mastiff dogs (where they originate from) that according to a report via the nytimes the animals are regularly being found stuffed in meta chicken grates along with other dogs bound for slaughterhouses.

Laments the nytimes: China’s boom-to-bust luxury landscape is strewn with devalued commodities like black Audis, Omega watches, top-shelf sorghum liquor and high-rise apartments in third-tier cities. Some are the victims of a slowing economy, while others are casualties of an official austerity campaign that has made ostentatious consumption a red flag for anticorruption investigators.

Once the doyen of the illustrious set and the must-have accouterment for status-conscious Chinese the demise of the China’s mastiff dog is a gaudy reflection of what currently pervades the grab and then throw away mentality of China’s elite.

Continues the sobering report: These days, those mastiff breeders left in the business are suffering from overcapacity, as it were. Buyers have largely disappeared, and prices have fallen to a small fraction of their peak.

‘Han Chinese consumers have been willing to pay a premium for anything associated with the romanticism of Tibet.’

Explains Gombo, a veteran breeder in China’s northwestern province of Qinghai: ‘If I had other opportunities, I’d quit this business.’

Adds Gombo: ‘The pressure we’re under is huge,’

In addition to falling out of favor with well-to-do Chinese, stories about attacks on humans and bans on breeding in major cities have also contributed towards curbing the mastiff’s popularity reports the shanghaiist.

Since 2013, about half the 95 breeders in Tibet have gone under, according to the Tibetan Mastiff Association, and the once-flourishing Pure Breed Mastiff Fair in Chengdu, in the southwestern province of Sichuan, has been turned into a pet and aquarium expo. Indeed…