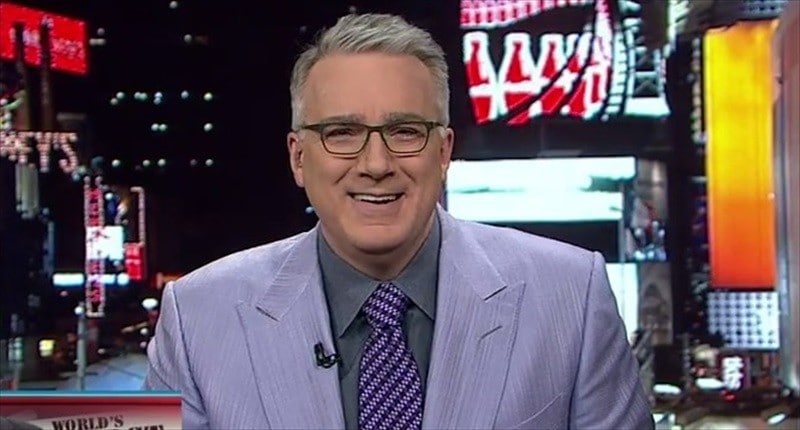 Cantankerous media head Keith Olbermann has found himself once again in trouble with bosses, this time being suspended for tweets he made in which he called Penn State students pitiful. The brow beating comes after Olbermann earlier this year took exception to the NCAA restoring Penn State’s wins under disgraced Joe Paterno which at the time led to the outspoken host calling the school as the ‘worst’ in his ‘world’s worst’ segment on his espn tv show. Tensions would rise to the fore after Penn State’s 46 hour dance marathon led to the raising of $13.02 million towards pediatric cancer research and the ire of Olbermann who held some residual antipathy towards the school. Tweeted Olbermann: Pitiful The tweet would receive an avalanche of responses including this one from alumni, Dave Seidel (twitter handle @dave_seidel) who tweeted:

So @KeithOlbermann says PSU students raising over $13m for pediatric cancer research is “pitiful.” No sir, u r the definition of the word.

Rather than leaving it that, Olbermann either in search of his former glory, his rights to be an ogre, the devil’s advocate or simply a spoilt sport once again took to twitter where he responded to Seidel:

@dave_seidel No, Son. I said PSU students were pitiful. Had nothing to do with fundraising #AlsoPSUReadingComprehensionAppearsToBeWeak

This in turn led to Seidel responding:

.@KeithOlbermann The students (I am an alum, gainfully employed in DC) are “pitiful” for running an organization that raises millions? Okay.

.@dave_seidel Again – get your $ back – you didn’t learn how to read. PSU students are pitiful because they’re PSU students – period.The exchange would soon find its way up the ladder at ESPN who decided that the media host had overstepped his boundaries, deciding to suspend him for the balance of the week (paid no less).

The exchange would soon find its way up the ladder at ESPN who decided that the media host had overstepped his boundaries, deciding to suspend him for the balance of the week (paid no less).

Offered the network: ‘We are aware of the exchange Olbermann had on Twitter last night regarding Penn State,’

‘It was completely inappropriate and does not reflect the views of ESPN. We have discussed it with Keith, who recognizes he was wrong. ESPN and Keith have agreed that he will not host his show for the remainder of this week and will return on Monday. The annual tradition of THON and the efforts of the students of Penn State to fight pediatric cancer should be applauded.’

Olbermann not surprisingly would recant and offer the following about face: ‘I apologize for the PSU tweets. I was stupid and childish and way less mature than the students there who did such a great fundraising job.’

I am not sure about the sports culture at Penn State, but it does seem like accusing 18 year old kids of enabling a pedophile seems like a stretch.

THON had great results, but to me it always seemed to serve as a vessel for, fraternities, sororities, and those that crave attention to pat themselves on the back. There are a lot of people who participate selflessly, but the most vocal element are those that want the attention for “doing a great thing.”

The students have raised money to help find a cure for pediatric cancer for years. Trying to associate their cause to the Sandusky matter is not only stupid, but misguided.