A British father, Devinder Kainth, 40 has beaten to death Sandro Rottman, 43, a German tourist and presumed paedophile after the father noticed the man filming his daughter at a Spanish restaurant in the well to do district of Sotogrande along Spain‘s Costa Del Sol on Saturday night.

The ex- pat reports the UK’s dailymail was enjoying a family meal when he spotted the man filming his daughter. It wasn’t after repeatedly asking Rottman to stop that Kainth a local real estate and boxer grabbed the German tourist’s iPad.

When Kainth discovered pictures of his daughter on the tablet, he threw it on the floor and allegedly punched Rottman in the head before leaving the restaurant.

Rottman, a graphic designer who had been arrested a few days previously for possessing child pornography, was taken to hospital but died from his injuries.

Police confirmed that the blow had caused Rottman’s death but one witness said Devinder Kainth, known locally as Victor, also kicked the German.

When officers arrived at the scene in the early hours of Sunday morning, they found Rottman with ‘very serious’ injuries.

According to testimony, Devinder Kainth and his wife and their three children were out for a meal at chic boiterie, the Spinnaker restaurant when they started chatting to Rottman.

Offered a police spokesman: ‘The incident happened because of a video the victim had been recording of the British man’s daughter. He snatched the tablet he was using and when he discovered there were images of his daughter on it, threw it to the ground and assaulted him.’

Identified by witnesses, Devinder Kainth would later be arrested him at his nearby home, before being remanded in custody accused of homicide.

The Spinnaker owner, who asked not to be named, said: ‘It all happened very quickly.

‘The German man appeared to be taking pictures of everyone, not just the British man’s daughter. It all seemed very innocent to me. The British man was with his family. He seemed to get very upset all of a sudden and punched the other man before anyone could stop him.

‘He’d already paid for his dinner and left immediately. The German man is very normal. I knew nothing about him being arrested last month.’ 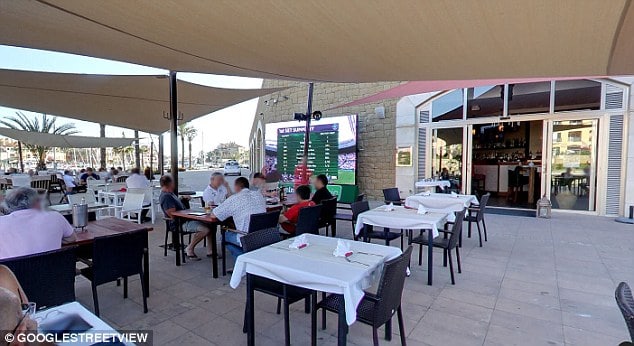 Nevertheless a manager of another restaurant in Sotogrande said: ‘The German Sandro had a bad reputation locally and was banned from various bars. He owed money in various places and walked with a limp and was quite an odd fellow.’

Adding: ‘As I understand it, he was in there with his iPad and taking pictures of people in the bar,’

‘[Mr Kainth] was looking through the photos on the tablet and saw photos of his children. Then he went further back and saw pornographic pictures of other children and just went crazy. He punched him to the ground and started kicking him.’

‘We don’t believe he had any idea about the German man’s arrest for possession of child pornography.’

A witness described Devinder Kainth as ‘short and stocky’ and ‘a very well prepared fighter, possibly a kick boxer.’

Sotogrande is one of Spain’s most upmarket resorts and is known for its large houses which overlook the Mediterranean and golf courses such as the world-famous Valderrama Club. The exclusive Andalucian estate is a favourite of Tony Blair, Sarah Ferguson and her daughters Princesses Beatrice and Eugenie.

A Foreign Office spokesman has since told: ‘We stand ready to provide consular assistance if requested.’ 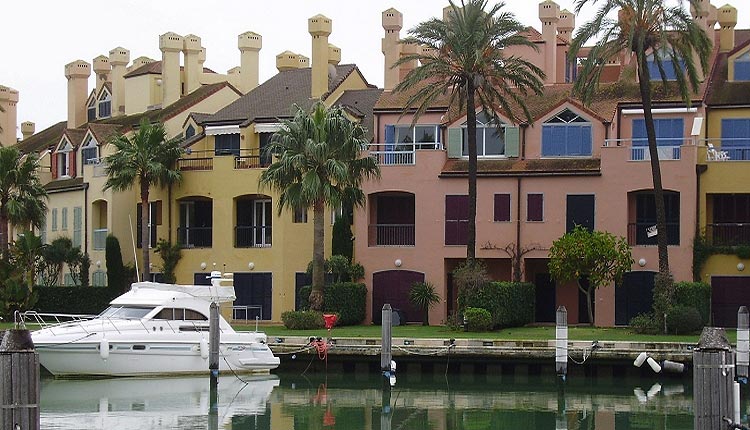