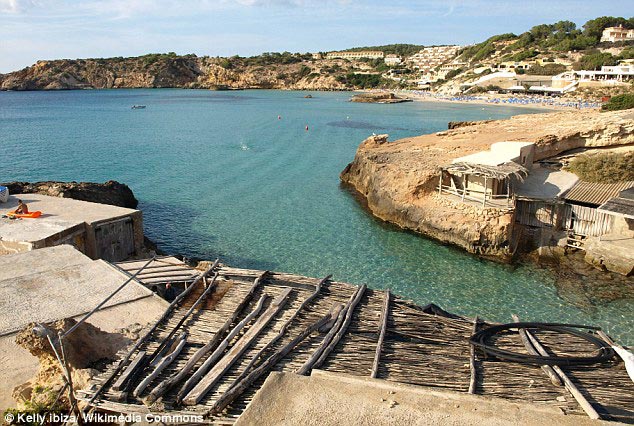 Dimitrina Dimitrova, 29 a holiday maker in Ibiza has died after falling over a cliff whilst jumping for joy after her boyfriend momentarily proposed marriage to her.

Police say the woman lost her balance as she jumped up and down in excitement after her partner asked for her hand in marriage.

The pair, from Bulgaria, were at a beauty spot famed for its sunset views. The incident happened around lunchtime on Tuesday reported Journal of Ibiza.

Police would add that the woman would die after suffering a heart attack, brought on by injuries caused by the 65ft fall in the tiny resort of Cala Tarida on Ibiza’s west coast.

She was alive but unconscious when paramedics arrived but died at the scene minutes later.

Told a local Civil Guard spokesman: ‘Everything is pointing towards the death being the result of a tragic freak accident.’

Added a source: ‘Her boyfriend lived and worked on Ibiza. She had arrived two days earlier to visit him and look for work.

‘She fell seconds after her partner surprised her by proposing to her as she jumped up and down with emotion.’

It is believed the dead woman’s waiter boyfriend had singled out the beauty spot to make his marriage proposal.

The incident caused great emotional impact boyfriend and friends, who also found it difficult to explain what happened because of language barriers, as explained some witnesses.

About 20 workers from a nearby construction site also witnessed the bride to be’s fall.

Last August a Polish couple fell to their deaths while taking a selfie at a cliff’s edge in the popular tourist spot Cabo da Roca, Portugal.

Their children, aged fix and six, witnessed the accident and were taken into care before returning to their homeland to live with relatives. 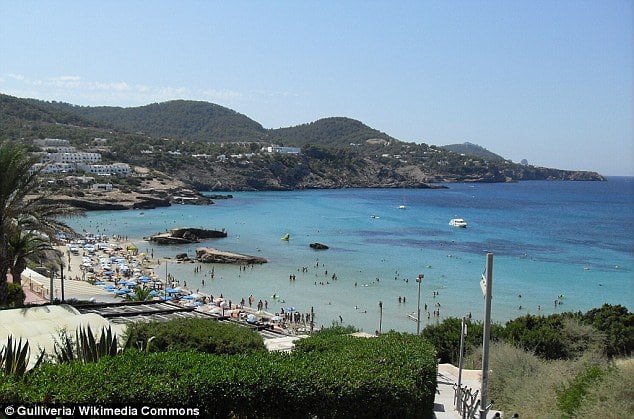