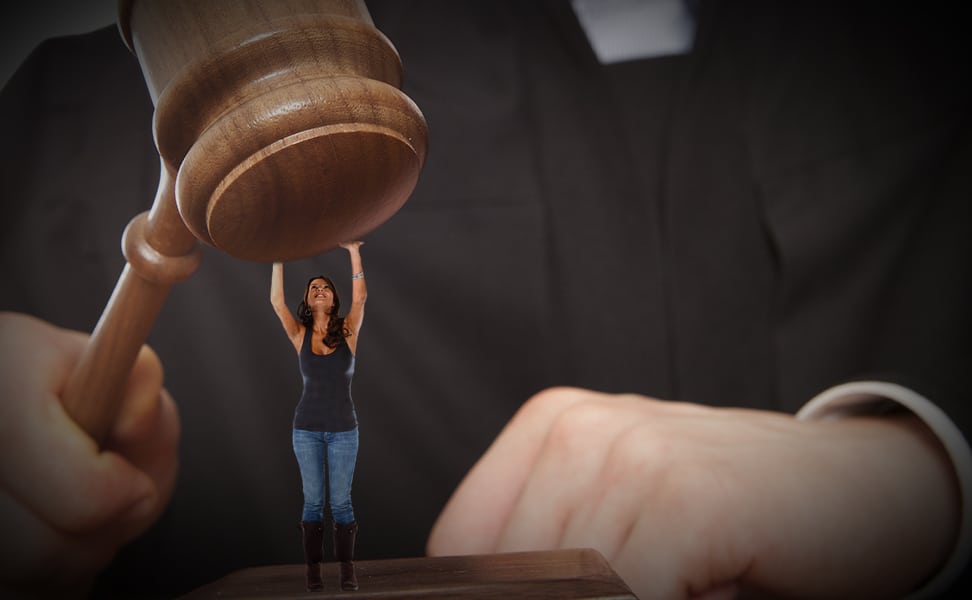 A former court secretary, Sharon Sabbagh has launched a sexual harassment lawsuit against her former employer, Judge David Schmidt after being fired after complaining about the judges behavior.

Prior to her dismissal this past January the Orthodox Jewish secretary of 24 years told how she would be forced to give Judge David Schmidt hugs before she left work along with picking up his soiled underwear.

The suit would note that her firing would come a day after she complained about his behavior to administrators.

The lawsuit notes the nypost also claims Judge David Schmidt stroking the woman’s face, often strutting about his chambers shirtless as well as often regaling her with ‘seedy stories about his sex life with his mistress.’

The Brooklyn Supreme Court suits says he told her he bought his lover underwear from Victoria’s Secret and that they have phone sex regularly, adding: ‘When I have sex with my wife, I think of her.’

The judge, who was elected to the bench in 1995,  also allegedly told his secretary that when his mistress ‘sits across from me, she sits with her legs open so I can see her crotch, she wouldn’t do that if she didn’t want me’.

The suit names Schmidt, the state Office of Court Administration, the state, and the two other judges who were told of the judge’s sleazy behavior.

It states Ms Sabbagh complained about Schmidt to a judge on the court’s anti-discrimination panel last year but received no assistance.

And when she took her complaint to the court’s most senior judge, the judge told Schmidt who then fired her.

According to the suit, Judge Schmidt also forced her to look at a handwritten ‘sex poem’ he wrote to his mistress, and made fun of her religious head covering.

She claims he told her in a packed courtroom: ‘Ew, that’s an ugly sheitel, I hate it.’

Told Sharon Sabbagh through her attorney Jack Tuckner: ‘I’m extremely sad and hurt that I lost my job with the court system because of my complaints about how Judge Schmidt dehumanized me, even though everyone who worked with me knows what he’s like and how he treated me.

‘I’m embarrassed to have to bring this lawsuit but what else could I do?

‘No one deserves to be treated this way, especially by judges who are supposed to uphold the state’s human rights laws.’

At present Judge Schmidt has refused to comment to media interests on his former secretary’s allegations last night. Can you guess why?