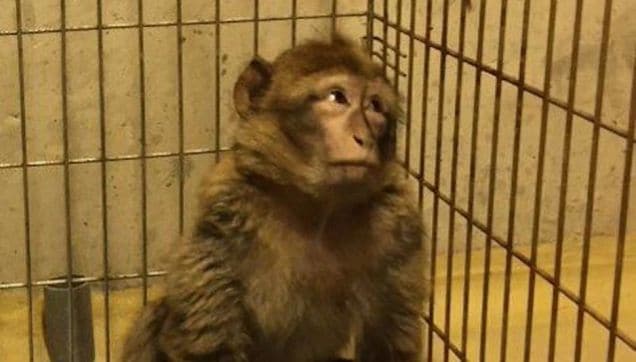 Oh dear what to think what to say, best to put your sweets away and rein in your sugar high, including you Mr French monkey addicted to your chocolate fix.

This week’s crazy story of the day involved that of a French monkey, a North African macaque who had to be restrained via a stun gun courtesy of cops after it went on a rampage fueled in part by chocolate given to it by children. Until it wanted more…

Shit would get out of hand in a Marseilles neighborhood after the moribund monkey (reports tell its previous owner had abandoned it) took to scratching children at a local elementary school after a sugar rush set in and the monkey’s desire for another fix came to naught.

Reports upi: Marseille police said the monkey had been the subject of more than a dozen calls to authorities from the Castellanne area in recent weeks, including one occasion when it “caused bedlam” at an elementary school and “scratched some children,” but the primate always managed to flee before officers arrived.

Cops would eventually subdue the monkey who by now had gone on another rampage with the use of a stun gun.

Entrusted to the SPA Marseille, the monkey is now set to be sent to a specialized association of Saint-Etienne in the coming days.

Interestingly one of the restraining police officers would later tell how their hand came to be bitten at before he and responding officers were forced to resort to tasering the sugar addicted and dare one wonders emotionally traumatized animal.

Raised illegally. Abandoned as an adult. Survived only with the bare essentials and abused by the system. To top it all off the goddamn police tased him. It’s ok little guy. I’m black in America. I can feel your pain. 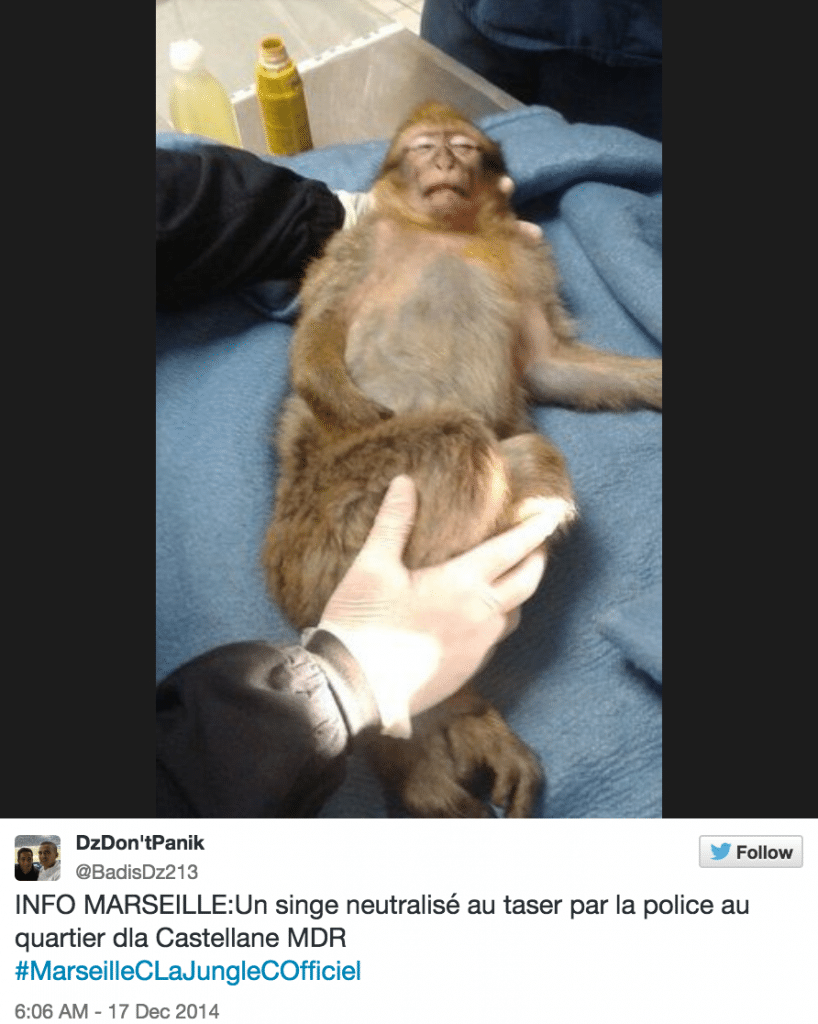