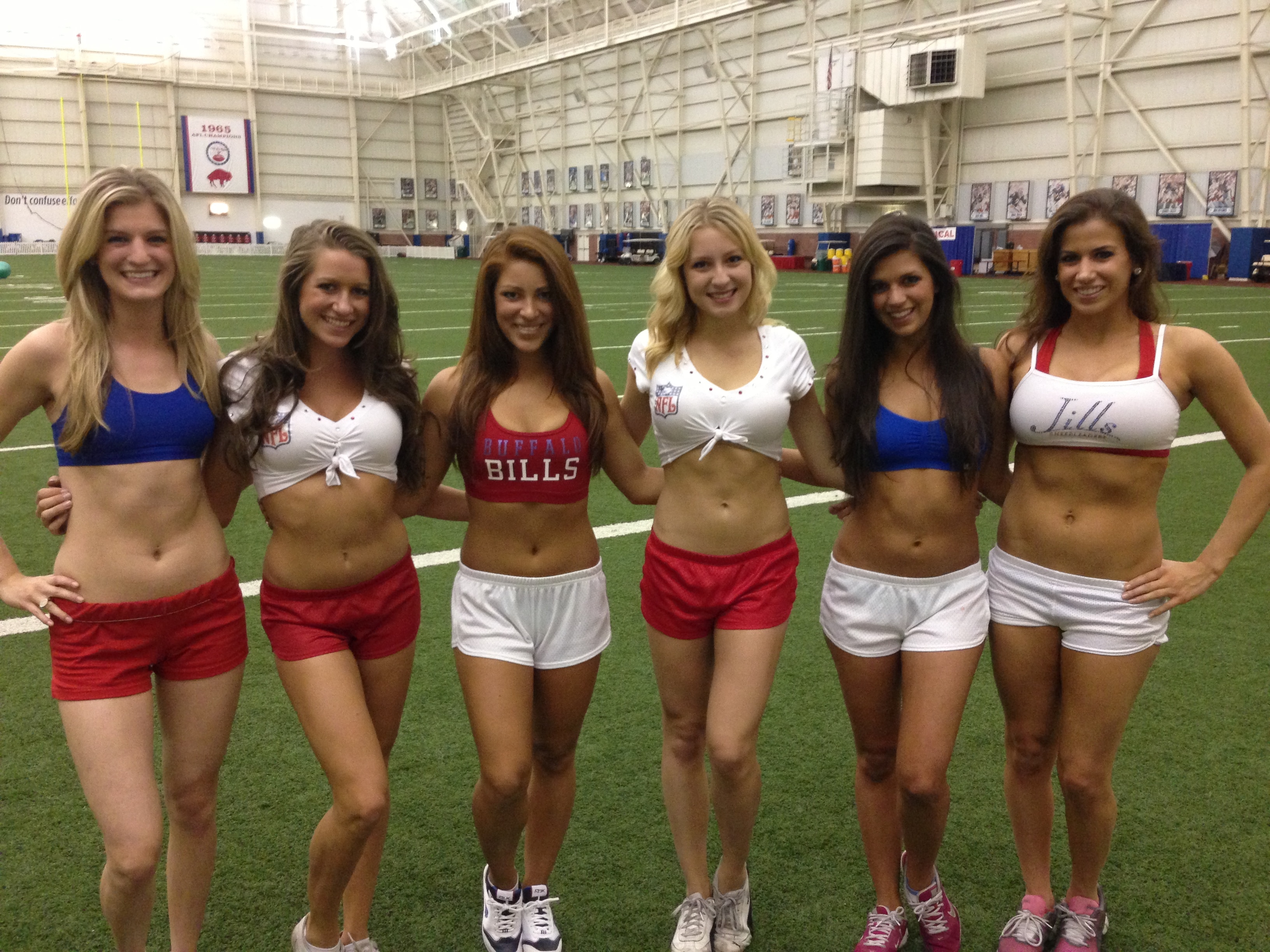 Alyssa U a former Buffalo Jills cheerleader, one of five who has initiated a lawsuit against the Buffalo Bills has told of her harrowing account as a former NFL cheerleader where she found herself being ‘treated like a piece of meat’ and forced to adhere to a strict retinue of tests and demands that ensured she would always be a local favorite amongst male hanger ons.

Some of the dubious procedures tells the 23 year old Buffalo Jills cheerleader included undertaking ‘jiggle tests’ to determine fitness level, being made to warm up in a frigid storeroom that smelt of gasoline as well as having to put up with leering men at the cheerleader calendar release party.

Thrilled to have initially be invited as a Buffalo Bills cheerleader, Alyssa U would be chagrined to find out that she was expected to pay up to $650 for her own uniform, attend ‘humiliating’ events that left her open to groping and sexual comments as well as adhering to a strict set of rules dictating how she should live her life.

Adding insult to injury the former cheerleader would tell despite the long hours and strict stipulations which she and fellow cheerleaders were expected to adhere to, how little they were paid, earning money from just a few small tips and occasional appearance fees.

Alyssa, who does not wish to disclose her full surname, reportedly made only $420 for more than 800 hours of work, while her teammate, Maria, earned just $105.

Reiterated Alyssa U: ‘People really thought we had it good, that we were paid well and had this luxurious lifestyle,’

‘Seriously? I ended up feeling like a piece of meat.’

Speaking of her decision to leave the squad and never again return, she added: ‘It came down to this: What self-worth do I have? I am 100 percent happy with myself without this.’

In May, Alyssa, Maria and three other cheerleaders sued the Bills – a team that each year makes revenue in excess of $200 million – alleging flagrant violations of state minimum wage laws.

They claim they were wrongly classified as independent contractors by Stejon Productions, which manages the Jills and failed to compensate them for hundreds of hours of work in 2012 and 2013.

‘We had always dreamed since we were little girls of becoming Buffalo Jills cheerleaders and unfortunately it was anything but a good experience,’ Alyssa told WIVB.

‘[They made us do] everything from standing in front of us with a clipboard and having us do a jiggle test to see what parts of our body were jiggling and if that was something she saw, then you weren’t performing at all.’ 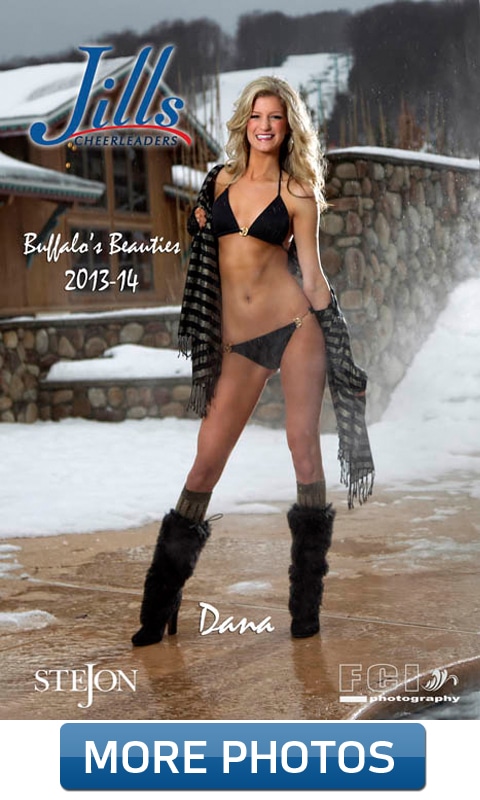 In addition to ‘jiggle tests‘, Jills cheerleaders were also reportedly forced to cover their own travel expenses during team appearances, and purchase and resell 50-75 swimsuits calendars.

Once, they were required to attend a ‘Men Show’ at a casino, where they were leered at and grabbed by punters, while a calendar release party started at midnight at another casino, it is said.

And at a charity golf tournament, they were apparently auctioned off and made to sit on the winners’ laps. They were also made to don bikinis to do backflips and climb into a dunk tank, it is alleged.

In both their personal and cheerleading lives, the women were reportedly subjected to a shocking and ‘onerous set of rules dictating how the women could walk, talk, dress, speak and behave’.

A handbook offered to the cheerleaders even went so far as to advise them on how to wash their bodies – including their private parts – and what kind of tampons to use.

It instructs: ‘When menstruating, use a product that (sic) right for your menstrual flow… A tampon too big can irritate and develop fungus.

‘A product left in too long can cause bacteria or fungus build up. Products can be changed at least every 4 hours. Except when sleeping, they can be left in for the night.’

It details everything about being a Buffalo Jill, from what sort of nail polish is appropriate and how to wear your hair – in well-managed curls, but not ringlets – to how to sip soup at a formal dinner.

Responding to the accusations, Stephanie Mateczun, the owner of Stejon productions who has since suspended operations until the resolution of the lawsuit, told: ‘I am incredibly disappointed by the lack of accountability on the part of the Buffalo Bills organization as it relates to this complaint,’

Adding in a subsequent statement:

‘The Buffalo Bills own the trademark for the Jills; they control the field and everything that happens on that field, from the uniforms the cheerleaders wear to the dances they perform. Yet the organization appears content to attempt to wash their hands of any connection to their own cheerleading squad.’

Speaking to the New York Times, Stejon Productions claimed the cheerleading side was a front operation, saying: ‘The Bills control everything, from the moves to the uniforms to the dances.’

But that is not necessarily the way the suing cheerleaders see it, insisting along with mandated to adhere to strict rules, their contractor reportedly ordered them to visit a sponsor who was a plastic surgeon and offered a small discount if they opted for breast augmentation.

‘If you complained, you were told: “This is a privilege. Deal with it!”,’ Alyssa said.

The cheerleaders’ civil action, which was filed in state Supreme Court, seeks unspecified back pay and legal fees. No trial date has yet been set as the Buffalo Bills enter the 2014 season with no cheerleading squad…

Interestingly the NFL has made no comment on the allegations within the lawsuit. Can anyone guess why? 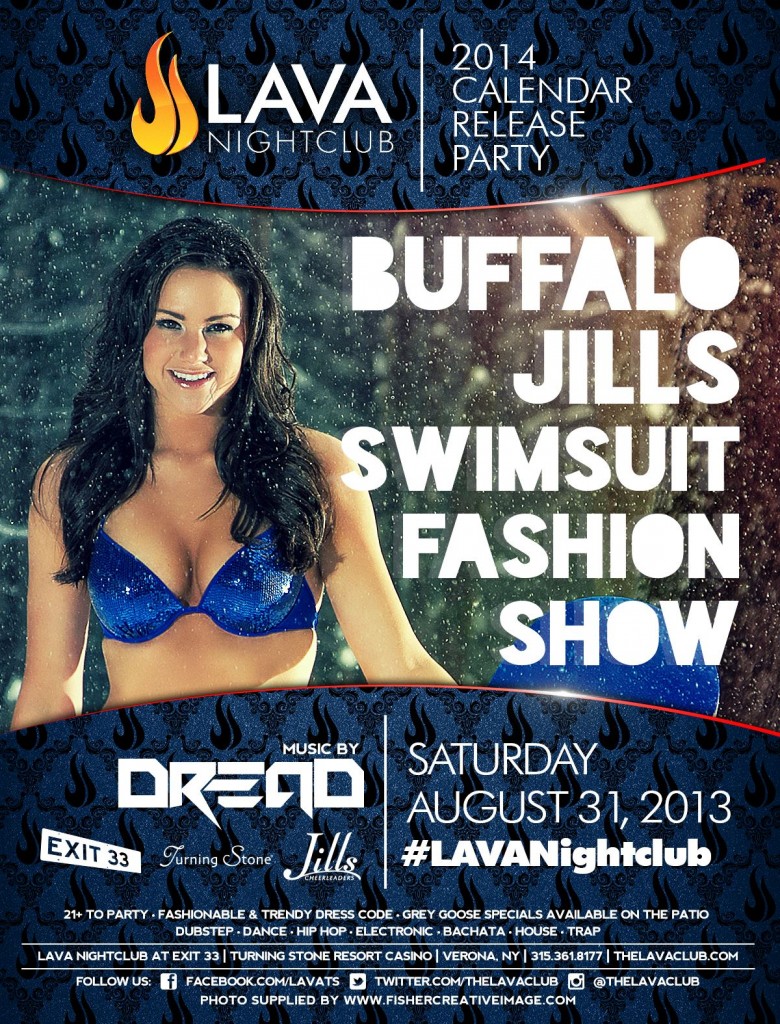 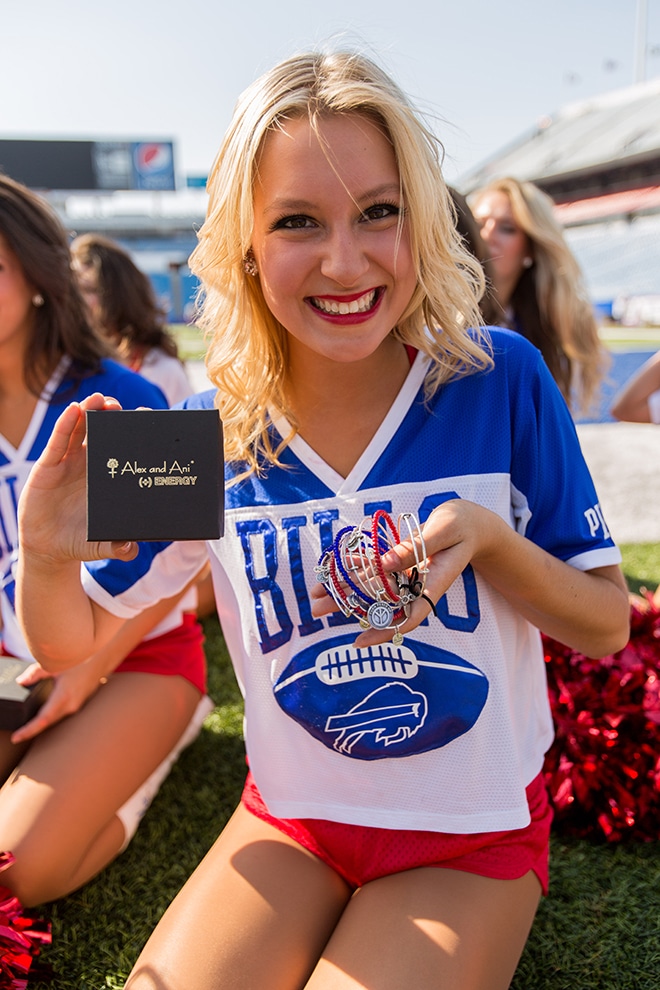