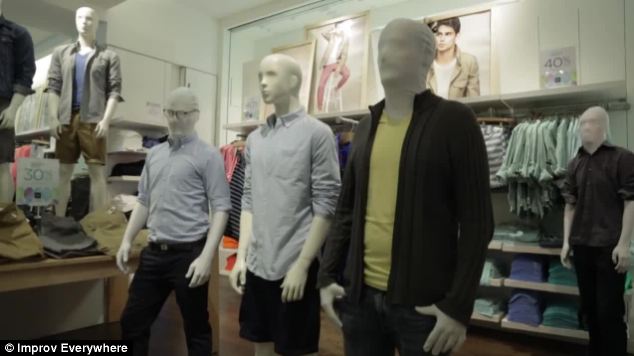 It seems prank group Improv Everywhere had the surprise on them as the group on Tuesday came to find themselves outfoxed by police as they attempted to stage an impromptu flash mob at a 5th ave Manhattan Gap store.

Before even being able to completely pull off their stunt, standing about as make believe mannequins, members of the group came to find themselves unwittingly being arrested by police. Whether police were tipped off prior to the event has yet to be determined.

At the time around 40 individuals entered the Manhattan Gap store donned in white bodysuits underneath ordinary clothing before taking to zipping the suits up at a predetermined time and posing along with actual mannequins.

While members of the public and some Gap staff were filmed finding the stunt amusing, it wasn’t long before one shop assistant called 911.

Concerned by a spate of burglaries disguised as flashmobs at other nearby stores, officers promptly cuffed around 20 of the human mannequins before laying them out on the floor. 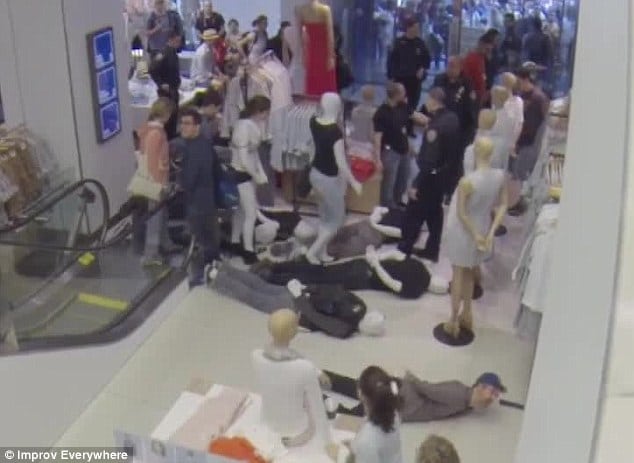 ‘We were very surprised at the response,‘ Improv Everywhere founder Charlie Todd told Mashable. ‘It was distressing to see these people who were just helping me out down on the floor in handcuffs.’

Some participants saw what was happening, and managed to leave the store unnoticed after unzipping their suits. However, 20 people, including Todd — who did not pose as a mannequin, but identified himself as the organizer — ended up handcuffed on the store’s tiled floor.

It was only when cops realized participants were just part of an innocent stunt, they decided to let them go.

The store manager said he considered banning the participants for life, but had decided against it.

By strange coincidence, it turned out that one policeman recognised some of the group’s organisers, because he had taken part in one of their flashmobs last summer.

On that occasion 7,000 people dressed up like tourists and went to New York’s South Street Seaport as part of an MP3 experiment.

They were asked to download a track on to their MP3 player, then press play at a predetermined time and follow the instructions they were given.

Improv Everywhere has carried out roughly 20 pranks in stores including Staples, Macy’s and Starbucks, all of which passed off without much of a fuss.

Commentators on the web were mixed with Gap calling police, with some saying they were simply guarding against the possibility of a flash mass robbery whilst others offered that Gap ought to have video taped the incident and used it to help endorse their counter culture cool factor. Which theoretically would be compelling except to say Gap are generally not known for ‘cool’ and counter culture and certainly not embracing flash mobs as intellectually rigorous as they may be… 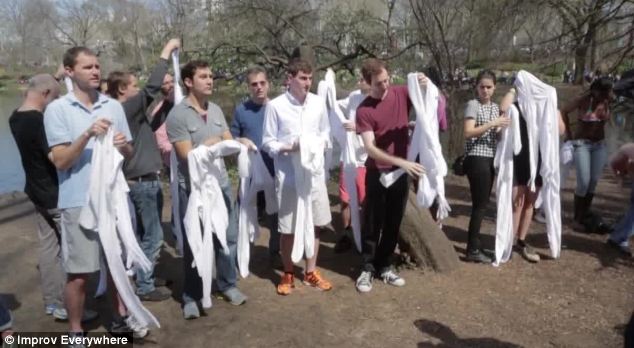 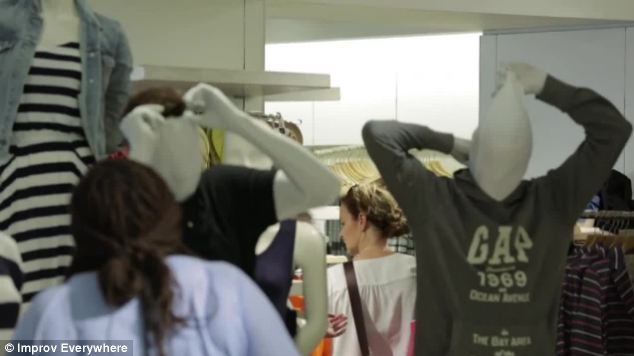 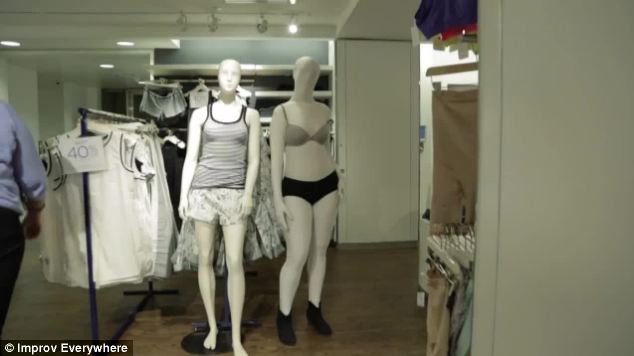