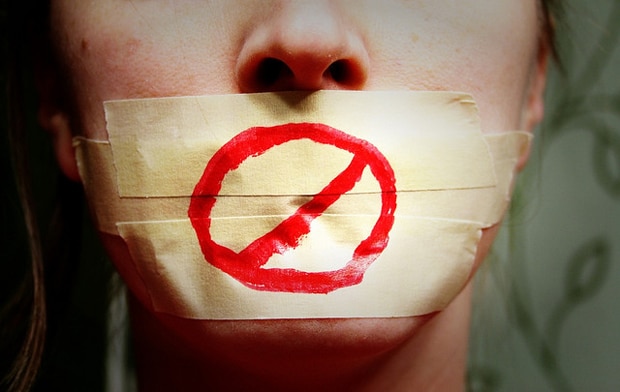 Dear Harvard you win. Or do they ?

A Harvard student has written a damning open letter accusing her school of their indifference to an alleged assault she incurred at the hands of a fellow student.

The anonymous student posted the letter in the universities’ online journal, the Harvard Crimson, where she voices her frustration over what she perceives to be the school’s lack of support, alleging she was discouraged from pursuing charges, which meant she had to continue living in the same dorm as her attacker.

In her harrowing account, the student tells the incident took place in a friend’s dorm on a Friday night ‘after too many drinks.’

In her essay, she writes how her purported attacker took her shirt off and started biting her skin:

‘I pushed back on his chest and asked him to stop kissing me aggressively. He laughed. He said that I should ‘just wear a scarf’ to cover the marks. He continued to abuse my body.’

‘I was intoxicated, I was in pain, I was trapped between him and the wall, and I was scared to death that he would continue to ignore what I said. I stopped everything and turned my back to him, praying he would leave me alone.’

She writes how he started getting impatient and made an explicit demand to which she wrote: ‘It did not sound like a question. I obeyed.’

The student then writes that she was discouraged from seeking charges against her alleged attacker because her assault did not fit the narrow language of Harvard’s student handbook which was written in 1993.

‘When I told my House Master that I was considering an Ad Board process, I was told it was a bad time of the semester, that there would be consequences for my assailant anyway, and that we shouldn’t go through the process if it was going to be fruitless.

She explains that although she was offered the chance to move to another House early on she declined because ‘transferring felt utterly disempowering. Moving to a different House would have felt like giving up and granting even more power to my assailant.’

She also explains she wanted to be near her friends and tutors and details how she is now on anti-depressants and is now falling behind on her school work because she finds it difficult seeing her alleged attacker up to five times a day.

‘I spend most of my time outside of class curled up in bed, crying, sleeping, or staring at the ceiling, occasionally wondering if I just heard my assailant’s voice in the staircase.’

Since the incident the student writes she has spent ‘most of 2013 fighting the Harvard administration so that they would move my assailant to a different House, and I have failed miserably.’

But after her ordeal she writes: ‘I will be moving out of my House next semester, if only—quite literally-to save my life.’

According to the Centers for Disease Control, 19 percent of undergraduate women experience attempted or completed sexual assault since starting college.

According to AAUW 42 per cent of college women who are raped tell no one about the assault.

They state that ‘While there are many reasons why people do not report, the most often cited reason in a 2009 investigation by the Center for Public Integrity was institutional barriers on campus. Two examples of these institutional barriers are administrators who respond to students with disbelief or other inappropriate behavior, and campus judiciary processes that are difficult to understand and follow. Many students who were discouraged because of these barriers transferred or withdrew from their schools, while their alleged attackers were almost uniformly unpunished.’

Reiterates policymic: Harvard has taken steps in the past towards better supporting students, such as with the creation of the Office of Sexual Assault Prevention and Response, but many believe that without legislative changes this isn’t enough. The school’s sexual assault policy was adopted more than 20 years ago in 1993, and its language clearly is in need of an update. Students agree: Last fall, more than 3,000 undergraduates voted for Harvard to re-evaluate the policy, which defines rape as “any act of sexual intercourse that takes place against a person’s will or that is accompanied by physical coercion or the threat of bodily injury,” and that “unwillingness may be expressed verbally or physically.”

The campus organization Our Harvard Can Do Better, officially endorsed by the Undergraduate Council in December 2013, has demanded that the university implement a more expansive policy of “affirmative consent” that would redefine sexual assault “as occurring in the absence of enthusiastic verbally or physically expressed consent.”

Harvard is the only Ivy League school not to have adopted this policy.

Culture of indifference, privilege, insensitivity or just not willing to dare to admit that such things take place at their elevated station? Time will tell if any of this makes any real difference to policy towards on campus sexual abuse, but that too might be a function of how well the school fares after being brought to account.

Naturally the open letter brought a variety of commentators to the fore, some of which I have reprinted here. Make of them as you will…

I dont care if this ruffles a few feathers but I am going to say it anyway. Your word is NOT good enough in rape cases. If you have been raped then you need to go to the police. Not Campus police..the real police. Every american regardless of gender is entitled to the right of due process but this quick rush to judgement based on an accusation is whats WRONG with this whole topic not whats right. NO ONE has ever said that a rapist should not be punished for their crime, regardless of gender, but our system requires the alleged victim to provide proof that a crime was committed. Just as every American is entitled to a proper legal defense.

We often hear stories of students demonstrating great strength by coming forward regarding their school’s unsatisfactory sexual assault policy and making a change, but I hope that this student’s story will shed light on the reality of the majority of victims’ situations.

Harvard has a depraved indifference to social responsibility especially if it conflicts with their image and interests. 60 minutes did a segment on Harvard’s famed MBA program that one professor said, almost with pride, that they don’t teach their students ethics, which is equivalent to Detroit making cars with no brakes, that it’s the responsibility of the parents, which of course avoids any social responsibility.

This is HARVARD. It’s a school for rich kids and those who are well connected. Even if this girl went to the “real” police, she would be raped once again by the justice system. All she wanted was for the S.O.B. to be TRANSFERRED to another dorm….and the officials couldn’t even do that.

I don’t know about Harvard specifically, but many universities have their own campus police and 911 calls get directed to them. Plus, college students live, eat, work and socialize inside the bubble that is their university; you can’t blame them for being even less inclined to venture out of that bubble when they are traumatized and in shock than they are on any other day.