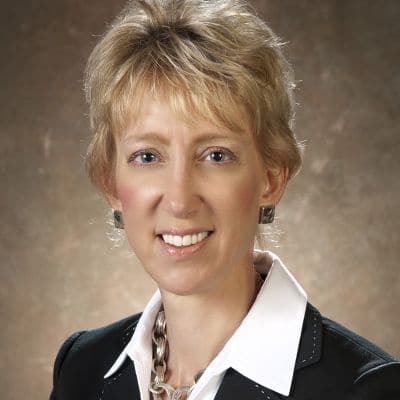 Kelly Blazek, a marketing executive who describes herself as a passionate advocate for job seekers has come under the wrath of the internet after sending a job seeker a vitriolic and dismissive email.

It all came to be when Diana Mekota, a 26 year old job seeker sent Blazek who runs a successful online job bank a Linkedln invitation in the hopes of securing placement.

To her horror, Mekota, a graduate of John Carroll University moving back to the Cleveland area from Rochester, N.Y.,  would instead receive a dismissive response which she ten took to posting on her Imgur account, ‘Your humility lesson for the year from a ‘professional”’.

Wrote Kelly Blazek at the time to Diana Mekota: ‘Your invite to connect is inappropriate, beneficial only to you, and tacky.

‘Wow, I cannot wait to let every 26-year-old jobseeker mine my top-tier marketing connections to help them land a job.’

Continued Kelly Blazek, who happens to hold an award for ‘Communicator Of The Year’: ‘I love the sense of entitlement in your generation. And therefore I enjoy Denying your invite, and giving you the dreaded ”I Don’t Know” **** because it’s the truth.

She went on to tell Mekota that she had been denied from her job bank, saying: ‘I suggest you join the other Job Bank in town. Oh wait – there isn’t one.

‘You’re welcome for your humility lesson for the year. Don’t ever reach out to senior practitioners again and assume their carefully curated list of connections is available to you, just because you want to build your network.’

In closing, she wrote: ‘Don’t ever write me again.’

Yes kids, I’m digging my head in a sandbox of shame too.

The original email from Mekota on February 19 had been a short description of her education and professional achievements after she sending Blazek a LinkedIn request to join her 7,300-member job board.

The 26-year-old had sent the LinkedIn invite and email because she had been advised not to send her resume by a friend.

Mekota replied to Kelly Blazek saying that she did not mean to offend and simply wanted to join her job board.

She would later tell in choosing to repost Blazer’s response that she had not done so in revenge.

Reiterated Mekota: ‘This was never a personal attack simply because I was turned down. More than anything, it was about the fact that this senior professional was treating young professionals like this, in a time when it’s already difficult to find a job.’

Since the reposting, Blazek’s initial response has been met with harsh rebuke, including the creation of a fake profile of Kelly Blazek on LinkedIn and a parody Twitter account.

Responded one user: ‘It’s smoke and mirrors. She is not passionate about keeping and attracting talent, she’s arrogant and a bully.’

Blazek has erased her presence across social media, deleting her LinkedIn and Twitter accounts along with WordPress blog.

In due course, Kell Blazek also sent an apology email to the Cleveland Plain-Dealer. It read: ‘I am very sorry to the people I have hurt.

‘Creating and updating the Cleveland Job Bank listings has been my hobby for more than ten years. It started as a labor of love for the marketing industry, but somehow it also became a labor, and I vented my frustrations on the very people I set out to help.’

Miss Mekota also tweeted that she had received a personal apology: ‘Would like to let you know Kelly Blazek has sent a very nice apology email, for which I thank her.’

Yet it gets better. Since Mekota’s unfortunate dealings went public, another job seeker has told how he too received a nasty email from Blazek.

Job-seeker Rick Uldricks told WJW-TV he received an angry email from the businesswoman in December.

She wrote: ‘I suggest you join the other Job Bank in town. Oh – guess what. There isn’t one. Done with this conversation, and you.’

Told Blazek during one IABC conference: ‘I’ve always been a passionate advocate for keeping talent in NE Ohio, and we have so much of it in the region,’

‘I want my subscribers to feel like everyone is my little sister or brother, and I’m looking out for them.’

Ms Blazek has since apologized to Mr Uldricks. Blazek said she hasn’t decided if she will continue her Job Bank email blasts.