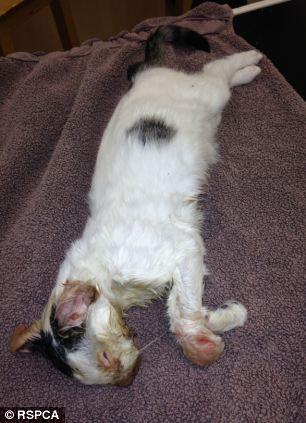 An unemployed woman, Laura Cunliffe, from Barnsley, South Yorkshire the UK has killed her four month old kitten after cooking it in the microwave for 5 minutes to teach it a lesson after it attacked her pet goldfish.

Remarkably the cat was still alive when it was removed from the microwave but came to die a short while later.

During court proceedings, Laura Cunliffe pleaded guilty of causing unnecessary suffering to an animal and was granted unconditional bail. Sentencing was set for March 13.

Brian Orsborn, prosecuting for the RSPCA, told the court that Cunliffe had had the kitten since it was a few weeks old.

Told Osborn: ‘The kitten was in a distressed state when Miss Cunliffe took it out of the oven. She took the animals to a relative’s home.

‘The kitten could not get its breath and died about ninety minutes later. Miss Cunliffe made arrangements for the body of the kitten to be taken away to be buried.

‘The RSPCA became involved and was able to trace the man who carried out the burial.’

Brian Orsborn said that Cunliffe disclosed what she had done three days later when she was at Barnsley Hospital.

She said the kitten had attacked her goldfish.

After the hearing Lynsey Harris, RSPCA deputy chief inspector said: ‘In the 13 years I have been in the job I have never dealt with a case like this before.

‘It is particularly horrendous because of the period of suffering for the kitten which would have been awful.’

Harris told that the exposure to the radiation in the microwave would have cooked the animal’s internal organs.

Reiterating: ‘It is an horrific case in the fact that the death of the cat would have been prolonged and it is unimaginable what it would have gone through taking some time to die.

‘The main reason the RSPCA  took this case in order to achieve disqualifications in order to protect animals and prevent further suffer in the future.’

‘Our main aim is to get her banned from keeping animals so there is no risk of any other animals she may come in to contact with suffering.’

He said Cunliffe had been sectioned under mental health legislation several times.

Needless to say, commentators on the web have been abrupt to say the least. 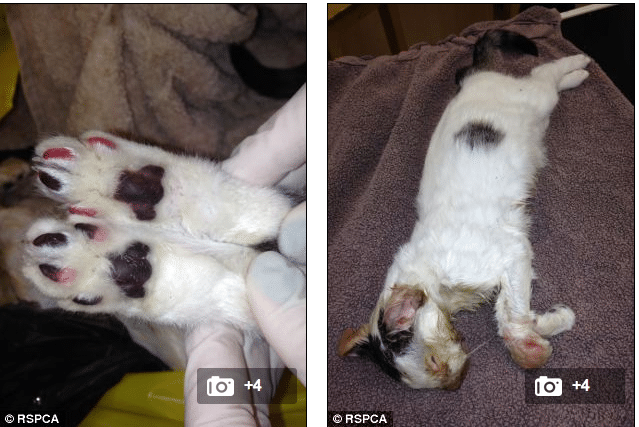