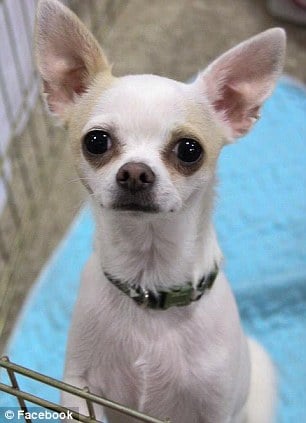 Packs of abandoned Chihuahuas have come to terrorize an Arizonian community and officials are at a loss as to how to contend with the fracas.

Maricopa County Animal Care and Control says last year alone it received 6,000 calls from the Maryvale section of Phoenix regarding abandoned Chihuahuas roaming the streets in the neighborhood and scaring children.

Told Melissa Gable with MCACC: ‘We compared the number of calls we got in 2013 from that area to similar areas in town and the calls from Maryvale were three times higher than surrounding areas,’

‘Part of it is these animals aren’t spayed or neutered, so they’re out looking for a mate and are having babies, which also contributes to the problem.’

Gable urges residents who spot any of these strays to contain them in their yards and then call animal control, who will then spay and neuter them.

Despite best efforts to round up the normally cute adorable dogs, officials tell they simply don’t have enough staff to respond to all the service calls coming from residents in Maryville.

Besides the problem of unkempt roaming Chihuahuas on the prowl, officials tells the abundance of uncollected dog feces is now beginning to make for unsanitary conditions.

Another issue has been the tendency of packs of Chihuahuas to chase after small children as packs of dogs go from yard to yard. Yes kids, your worst nightmare is about to come true, you’re going to get walloped by a pack of killer Chihuahuas.

At the root of the problem is dog owners acquiring Chihuahuas and then subsequently abandoning them, and yet there isn’t much some dog shelters can do as they are already brimming to capacity.

Arizona Chihuahua Rescue, a non-profit charity based in Mesa, recently posted on its website that it is unable to accept new dogs because all of its foster homes are full.