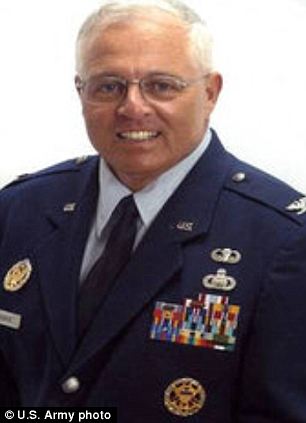 In a dispiriting tale which portends to the times, Colonel Robert Freneire a once high flying veteran who has experienced combat all over the world has come to tell that these days he has been reduced to living in his van because of his inability to find a job. But as the Colonel tells it’s not for a lack of trying.

In a feature with Philly.com, Colonel Robert Freneire describes how he has been rejected for dozens of jobs, this despite having excellent references and three graduate degrees.

When people ask why don’t you get a job as a janitor, Freniere replies: ‘Well, I’ve tried that.’

At present Freneire lives out of his blue minivan in King Of Prussia, Pennsylvania.

Freniere, who served in the military for 30 years and reached the rank of colonel, told he hasn’t had regular employment since 2012 when he worked as defense contractor.

Though receiving an annual military pension of $40,000 a year (wouldn’t a colonel receive more?), the former Air Force Colonel tells he has been overwhelmed by debt since retiring and splitting up from his wife two years ago.

With the cost of putting his two sons through college – and being unable to return home and forced to move into a van, the former Colonel found keeping abreast an untenable exercise.

Reflects Freneire’s son Eric: ‘My dad’s the most motivated person I’ve ever met in my whole life, and he’s living out of his van,’

‘A full colonel with three master’s degrees? I don’t get it at all – it doesn’t make sense to me. If he had a job right now, we’d be fine. We’re not fine right now.’

Initially Freneire stayed in motels but was eventually forced to move on after being unable to afford such expenses. To boot he tells he occasionally sleeps on friends’ couches to get by.

According to Philly.com throughout his prolific career he has served with the military in Somalia, Panama, Haiti, and Kuwait.

He started life in the army by investigating drug dealing among soldiers, before moving to the Air Force and working in intelligence.

The colonel started at the Pentagon in 2000 and says he was in the building during the terrorist attack there on September 11, 2001.

Freniere then worked as a special assistant to General Stanley McChrystal, the former commander of U.S. forces in Afghanistan, between 2003 and 2005.

After that he says he volunteered for counter-terrorism work in Iraq, but was stopped from going by necessary surgery on his back.

He went on to retire from the military in 2006 and turning to contractor work, which took him to Afghanistan twice.

Besides working in the military Freneire tells he has written screenplays, started businesses and enjoys leaning foreign languages.

Despite been diagnosed with dyslexia and attention deficit disorder, Freneire maintains that he keeps applying for jobs all day and every day. He goes to a local library where he has access to computers.

Told the beleaguered former General: ‘How many applications can you fill out in a day? And it takes you six or seven hours, and then you don’t hear from any of them. You start getting hopeless.’

Nevertheless, Freneire has acknowledged that perversely military thinking has prepared him for his current situation. ‘You stay calm. That’s what we were trained for when I went through survival training.’

Of course how calm and how sane and for how long remains yet to be seen….welcome to America.

Interestingly many commentators on the web have debunked Freneire with many wondering how much to the story is yet to be revealed ….