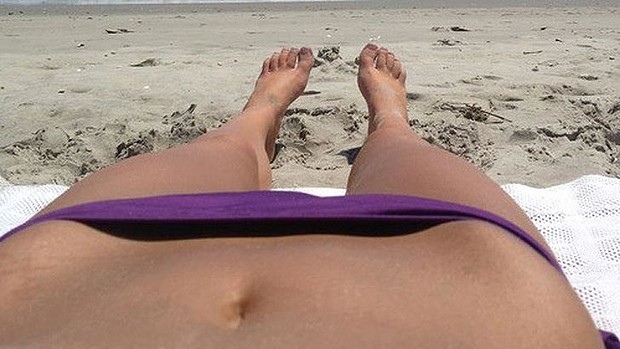 Making headway into the new year is the Bikini Bridge which has become the new selfie of young women en masse on social media sites keen to show off their bodies. Or rather how little of it they have…

The term as described by urban dictionary describes the instance where ‘bikini bottoms are suspended between the two hip bones, causing a space between the bikini and the lower abdomen.’

Rumor has it that the current Bikini Bridge trend began as hoax by the image-sharing site 4chan, but it’s a term that’s been used among teenagers for a number of years already.

Yet not everyone is necessarily obsessed with the bikini bridge, case in point, Louise Adams, a clinical psychologist specializing in eating disorders and body image who went on to tell: ‘Thanks to social media, it’s easy for something like this to become a trend so quickly and it’s just another example of the objectification of women and their bodies.’

In referencing social media sites as to how the trend became de rigeur, Adams goes on to tell: ‘Social media creates competitiveness between other women. We know this largely effects younger women and this is exactly who is using these sites. This is a generation who have grown up with social media and at the same time, eating disorder figures have doubled. We can’t point the finger squarely at social media, but it’s hard to ignore the enormous increase alongside its popularity.”

Admits one young blogger, Jessica Bell, who is an avid user of Facebook, SnapChat, Tumblr and Instagram: ‘Every 10 minutes, I’ll have a photo come through on Instagram with someone’s Hot Dog Legs. It’s sad though because it makes you feel that if you don’t look like that there’s something wrong with you. I have friends who won’t eat lunch at school because they say they want to have a Thigh Gap or a Bikini Bridge.’

In fact perpetuating the motto of the Bikini Bridge are popular media sites like buzzfeed which recently ran an article entitled ’12 perks of having a bikini bridge’ with reasons such as ‘it is the ultimate beach accessory’, ‘Harry Styles will be 857 per cent more attracted to you’ and ‘you and your girls will become the talk of the town.’

But it’s Louise Adams who gets to see up close the effects of such pursuits as she counsels young women with eating disorders resolute on attaining what many question to be unattainable and possibly unhealthy body shapes.

So why, despite an influx of plus-size models and make-up-free faces in mainstream media are eating disorder rates skyrocketing?

‘I think the balance is starting to shift but predominately most of the body image positivity is half-hearted. A magazine with one positive body image article will mostly fill the rest of their magazine with models. I see so many people in my clinic make big improvements and then go out into the world where there are so many damaging messages.’ Adams says.

And how does Adams advise her clients to buffer themselves from the relentless pressure of approximating socially mandated images?

‘I advise my clients to buffer and protect themselves from images like this. While you can’t control what’s out there, you can block certain advertisers from appearing on your site and unfollow people who are engaging this sort of behavior.’ she tells.

Adams also advises to refocus on positive role models such as Jennifer Lawrence and seek inspiration from sites such as Beauty Redefined, which, on the topic of the Thigh Gap, advised their readers to ;recognize it, reject it, and know your value and beauty is not defined by the space between your thighs.’

Adds Lucy Attley, a Dove spokesperson who works on their self-esteem campaigns: ‘The bikini bridge is yet another example of piling pressure on women to feel increasingly anxious about their bodies.

‘Our ambition at Dove is for beauty to be a source of confidence, not anxiety. We want to inspire women everywhere to feel good about the bodies they have, and not experience the constant pressure that drives beauty anxieties, portraying an ideal of beauty that is not real or reflective of women in the UK.’

Which begs the question why do so many women feel the need to succumb to attaining the ultimate Bikini bridge in the first place? 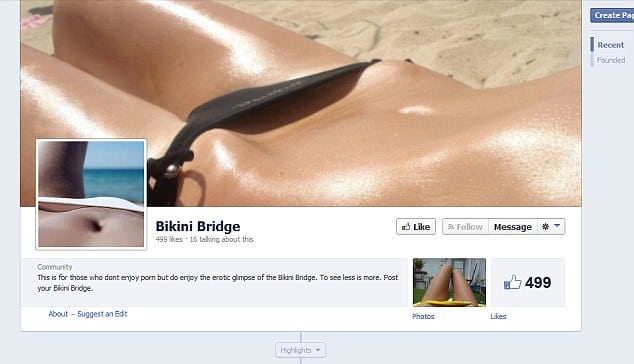 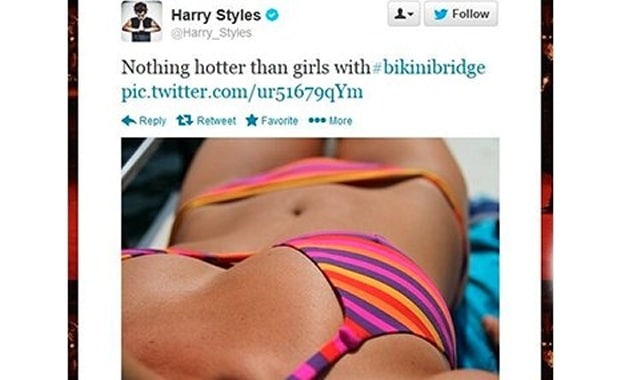