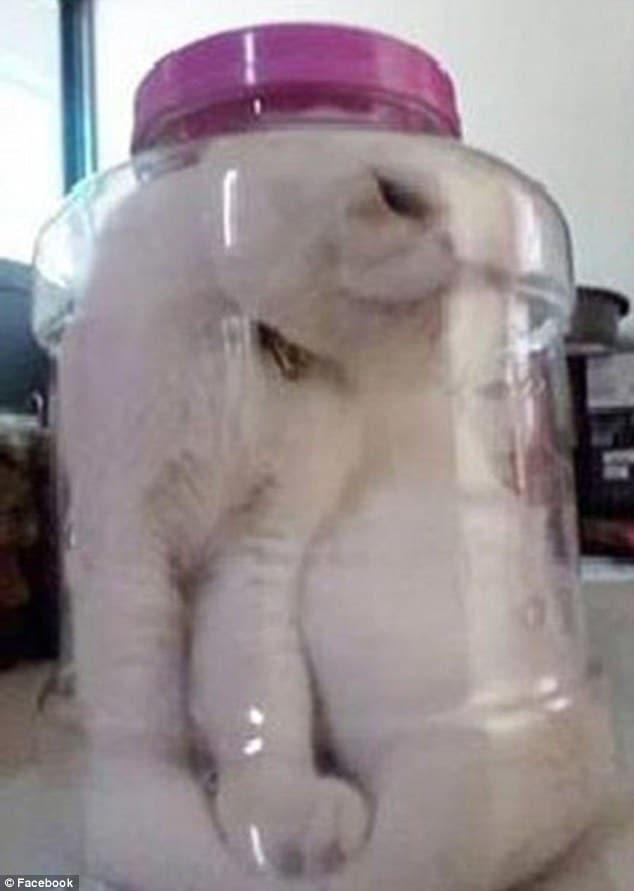 An image of a cat forced into a jar for misbehaving has led to one Taiwanese college student being charged with animal abuse after the image she posted went viral.

The student, Kiki Lin had told in her original post that the ordeal was a ‘punishment for misbehaving.’

The cat which also coincidentally happens to be called Kiki can be seen with its face pushed against the sides of the jar clearly not in the best of moods.

Since the image was posted on Facebook, many have gone on to call Kiki Lin an animal abuser.

In turn Kiki Lin responders that her critics had too much time on their hands.

“I really don’t see how it is their (netizens) place to criticize me,” said Lin, “without even knowing what happened; they have too much time on their hands.”

Following the backlash the student, who attends Taichung’s Providence University, told she had put her pet in the jar to experiment with different ways of transporting it.

She claimed that she had only tried it once, but it didn’t work because the trapped feline would not fit into a bag.

But when asked by the paper what she would say to those who had criticized her on Facebook she remained defiant.

If found guilty she could face an expensive fine, and up to one year in prison.

At present it is not understood why the student forced to put the compromising image on facebook in the first place.

Lin, currently a Junior majoring in English, claims to love her cat more than her life.