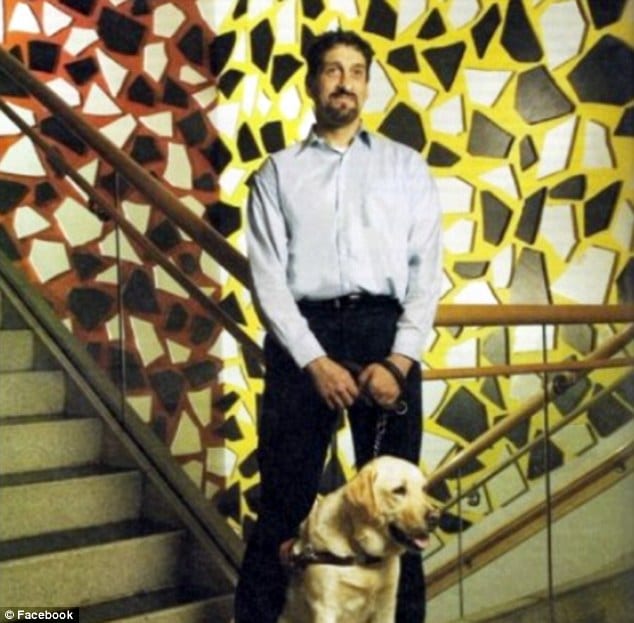 Talk about a show of solidarity.

US Air passengers last night in a rare sight of taking matters in their own hands went on to revolt against the airline after it ejected a blind man and his guide dog from the plane.

Believing that the man had been wrongly removed, purportedly on account of Albert Rizzi‘s guide dog Doxy becoming ‘out of control’ passengers refused to be allowed to flown to their destination of MacArthur Airport on Long Island, NY. The flight had been scheduled to depart from Philadelphia.

Passengers ultimately ended up at their final destination by bus circa 2.30am whilst others remained behind.

In refusing to fly, passengers argued that Rizzi had been mistreated by a flight attendant.

According to reports, the flight attendant would not allow the plane to take off because Albert Rizzi’s guide dog was not fully under the plane’s seat. It is said the animal had become restless because the plane had been waiting on the tarmac for 90 minutes.

Told Albert Rizzi to ABC: ‘The lady comes back and gets very insistent, and I said, ”Look, I don’t understand what you want me to do.”

‘I said, ”He’s as best as he can, he’s where he needs to be.” And I hear nobody else moving, and as I’m walking to the front, I’m like wait a second, why am I the only one getting off?’

Mr Rizzi later posted on his Facebook account: ‘I cannot believe this. I was removed from the plane that I was supposed to be on to go home from Philadelphia because my dog couldn’t sit in a spot for an hour and a half on the tarmac such a joke.

‘So now I am in Philadelphia trying to figure out what I’m going to do to get home. I have never been so annoyed flying US Airways all year and this is the way the stewardess treatment!’

In describing the passengers who stood by him, Albert Rizzi told they were remarkable.

U.S. Airways has since claimed that Albert Rizzie was verbally abusive but that an investigation into the incident would take place. The airline went on to tell it’s biggest concern is for the safety of customers and crew.

Told one commentator on the web:

I was on this flight and us air is full of $h!t as usual !! the dog was sitting on the floor by mr. rizzi’s feet the entire time … he never once barked … he would only wiggle around as he was trying to get comfortable !!! us airways sucks and I will never fly them again !! when we all started to voice our distain about how mr. rizzi was being treated we were all asked to leave the plane !! they suck !! us airways sucks !!