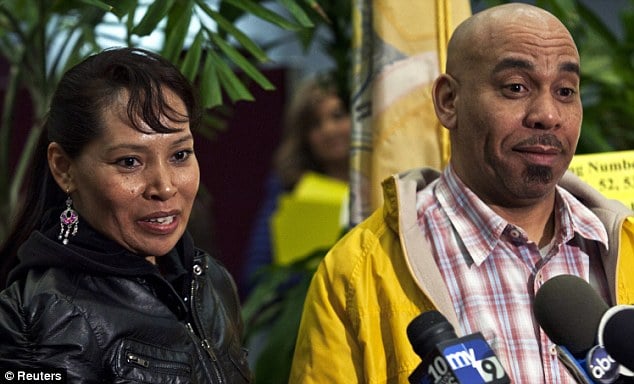 An ex-girlfriend has launched a lawsuit against her former boyfriend of ten years, Pedro Quezada, 45 after having gone on to dump her shortly after winning a $338 million lotto Powerball jackpot.

The suit alleges that Ines Sanchez deserves a portion of the winnings after her then boyfriend, Pedro Quezada promised Sanchez he would buy her whatever she wanted with the money.

The couple who went on to live for together for ten years but were never married which according to Quezada’s lawyers cuts her out of any obligation.

Not so claims Sanchez’s attorneys who tell that Pedro Quezada was only able to purchase the winning $338 million lotto ticket with earnings that they had amassed together.

After taxes the winning amount came out to $152 million.

In 2006, Quezada and Sanchez jointly opened a bodega in Passaic, New Jersey, which was run by Quezada’s son Casiano. Sanchez and Quezada have a child together as well as children from previous relationships.

On Friday Superior Court Chancery Judge Margaret Mary McVeigh decided not to throw out the lawsuit, but she did deny Sanchez’s request to freeze Quezada’s lottery money until a trial and verdict determines if she is entitled to a portion of the winnings.

In going on to make her decision, Judge McVeigh acknowledged the couple’s long term relationship as well Sanchez’s joint contributions to the household but nevertheless told she could not legally restrain Quezada’s assets.

Told the judge: ‘That’s what money does to people: It changes positive relationships into bad ones,’

‘It doesn’t always enhance a relationship, or bring out people’s better qualities. Her [Sanchez’s] life has been up-ended by this winning ticket…But I am a judge. I don’t create the law. I have to follow it.’

The Record reported that the judge went on to explain that ‘something in writing‘ was needed.

Sanchez’s attorney says that a large chunk of the lottery winnings is already gone, claiming $57 million has been sent to Quezada’s native Dominican Republic, $5 million was given away, $300,000 was spent on the home in Clifton, and $20 million can’t be located.

Sanchez has since moved out of the recently purchased Clifton, New Jersey home the couple shared and has filed a domestic violence claim against Quezada. Interestingly Quezada’s attorney declined to comment on that claim.