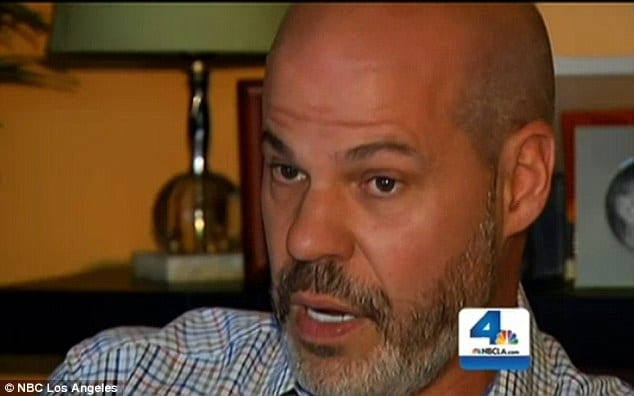 Matthew Moore has found himself outraged after a recent routine physical left him diagnosed with ‘homosexual behavior.’

The diagnoses, “Homosexual behavior (302.0),” came off the back of a list of conditions including high blood pressure,  high cholestrol. But it was the listing of homosexual behavior as a condition that had Matthew Moore floored.

Told Moore, who happens to be openly gay: “When I look up code 302.0 and its sexual deviancy or mental illness, and that code has been removed or suggested heavily not to be used since 1973,”

“My jaw was on the floor. At first, I kind of laughed, I thought, ‘Here’s another way that gay people are lessened and made to feel less-than,’ and then as I thought about it and as I dealt with it, it angered me.”

At the suggestion of an attorney and friends, Micheal Moore decided to return to the doctor’s office so the doctor could read her diagnoses to him in detail.

Moore went on to say when asked, the doctor defended her position.

Asked how one could treat homosexuality, the doctor said that “is still up to debate” and that the sexual orientation is “still being thought of as a disease.”

Moore has since gone on to tell he does not take issue with his sexual orientation as noted on his medical chart, nevertheless he does have a problem with it being listed under chronic conditions.

Reflected Moore: “Government tells us, oftentimes, that we’re not equal. Many churches tell us that we’re sinners, and now here’s a medical professional telling us that we are sick. And it’s gotta stop.”

Not pleased with his doctor’s response, Moore went on to write a letter to the Torrance Memorial Physician Network and received an apologetic note in return.

Wrote Heidi Assigal, senior director of Torrance Health Association, Inc, to Moore at the time (see below): “We fully appreciate your frustration and anger related to your experience and are committed to ensuring that such events are not repeated,”

“We would like to unequivocally state that the Torrance Memorial Physician Network does not view homosexuality as a disease or a chronic condition and we do not endorse or approve of the use of Code 302.0 as a diagnosis for homosexuality.”

Moore has since gone on to tell he does not plan to file a lawsuit against the doctor, who he asked remain anonymous to protect her reputation. He said he was inspired to tell his story to let others know that if something like this happens, “you have to speak up.”

Which of course Michael Moore certainly has and then some…

“If I was a 14-year-old in a small town in Indiana, where I’m from, and I had a doctor tell me or my parents that I was sick because they thought I was gay, it would’ve been very damaging.”

Isn’t it time you were diagnosed as a deviant too…? 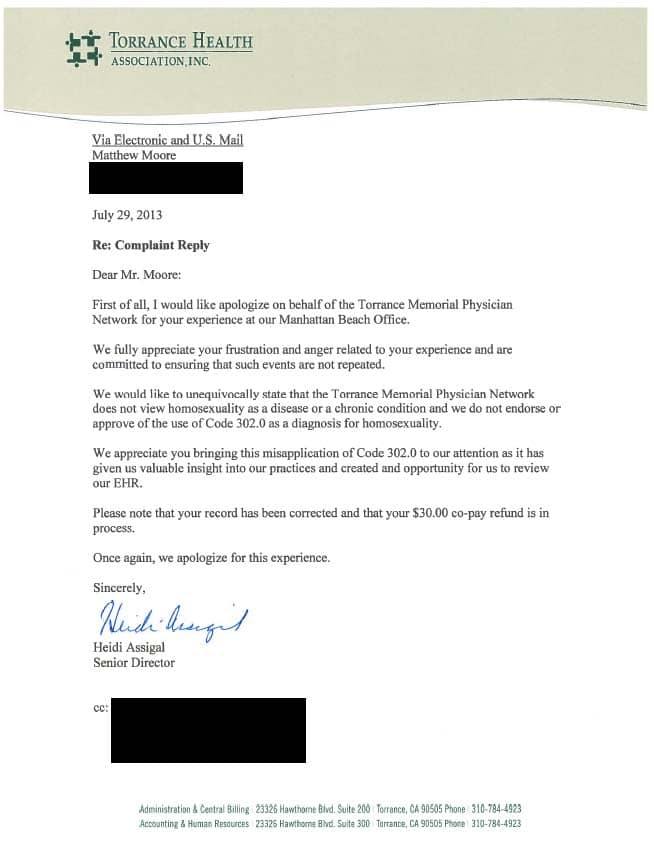