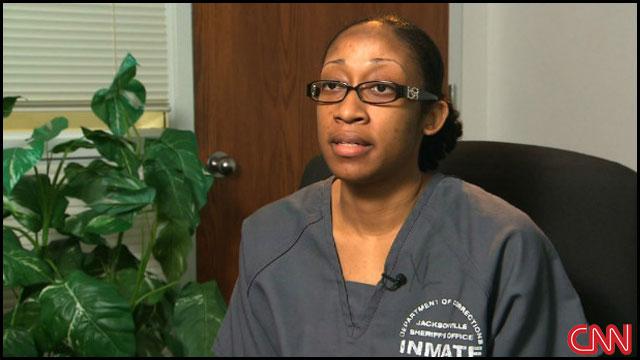 While George Zimmerman may have gotten off with a murder rap on the grounds of Florida’s debatable ‘stand your ground law,’ one individual who also sought to use it in her defense after firing a warning shot, Marissa Alexander, such efforts had little luck. Instead the Florida woman ended getting a 20 year sentence despite no one in the end being hurt. Which raises the question, how can one individual be acquitted of murder and receive no jail time whilst another individual end up with 20 years for applying the same line of defense, not kill anyone and still end up receiving 20 years? Should we dare wonder if it has anything to do with race?

At the time, Marissa Alexander, an African-American Florida woman, was sentenced to 20 years in prison in 2012 for shooting what she described as warning shots into a wall during a confrontation with her husband. Alexander’s lawyers claimed self-defense and went on to tell that her husband had a history of abuse in their relationship. They invoked Florida’s “Stand Your Ground” law, which gives people the right to use lethal force if they feel their life is threatened. The jury ultimately sided with prosecutors in deciding Alexander’s actions were not in self-defense.

Her sentencing notes msnbc fell under the guidelines of what’s known in Florida as the “10-20-Life” law, which sets certain mandatory minimum sentences for crimes committed with a firearm. The law enacted in 1999 requires that any crime committed with a gun to earn the perpetrator a minimum ten year sentence, as the Florida Department of Corrections explains. If the firearm is discharged, the convicted will receive a 20-year minimum sentence, and if shots fired from the gun injure or kill anyone, the minimum sentence is 25-years to life.

Angela Corey, who oversaw the prosecution of Zimmerman, went on to note the following:

“When she [Alexander] discharges a firearm in the direction of human beings, the legislature says it’s dangerous. And one of the reasons is because the bullet went through the wall where one of the children was standing. It happened to deflect up into the ceiling, but if it had deflected down it could have hit one of the children.”

Interestingly gawker went on to also note the following: This morning, Texas Governor Rick Perry, who spent his weekend restricting the rights of women, told CNN that the U.S. Justice System is “color blind.” Were that to be actually true, such variations in the treatment of people of color from their white (or white-looking) neighbors wouldn’t be so blatantly apparent. The idea that these are simply the findings of an anonymous jury from our country’s most whacked-out state, or that these are two cases that are kind of similar, but not indicative of our country’s deeply ingrained racism, is wrong. Because this happens everywhere in the country.

Critics have gone on to say Marissa Alexander’s case underscores the unfair sentences that can result when laws strip judges of discretion. About two-thirds of the states have mandatory-minimum sentencing laws, mostly for drug crimes, according to a website for the Families Against Mandatory Minimums advocacy group.

Told  Greg Newburn, Florida director for the group: “We’re not saying she’s not guilty of a crime, we’re not saying that she doesn’t deserve some sort of sanction by the court.”

Rather, he said, the judge should have the authority to decide an appropriate sanction after hearing all the unique circumstances of the case.

U.S. Rep. Corinne Brown, D-Jacksonville, has been an advocate for Alexander. Brown was present at the sentencing, where she and Corey had a brief, terse exchange afterward as sign-toting supporters rallied outside the courthouse.

“The Florida criminal justice system has sent two clear messages today,” Brown went on to say afterwards. “One is that if women who are victims of domestic violence try to protect themselves, the `Stand Your Ground Law’ will not apply to them. … The second message is that if you are black, the system will treat you differently.”

Yet perhaps what went against Alexander, was her choice to go back in the house to face her husband, an act which was deemed by the presiding judge not to be consistent with someone who was in “genuine fear of his or her life.”

In the end Alexander was convicted of attempted murder after she rejected a plea deal for a three-year prison sentence. She said she did not believe she did anything wrong, unfortunately for Alexander Florida’s legal system did not see it that way, something that ought to concern us given what some claim may be an inconsistent applications of the ‘Stand your ground law,’ which has some wondering if it’s just a get out of jail card for a certain sector of society?