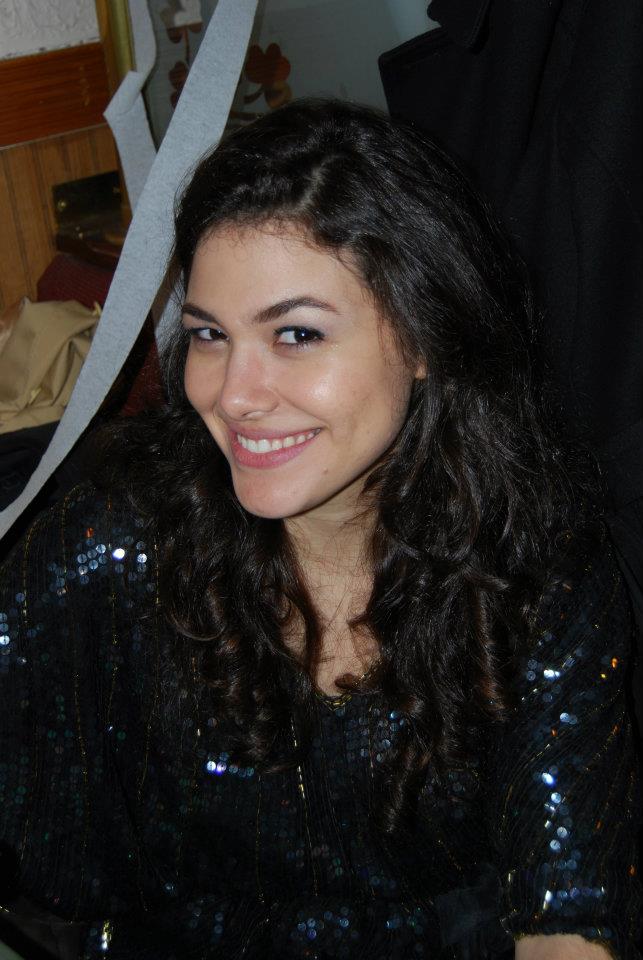 Carolina Lelis has always wanted to be a performer but unlike most performers she is comfortable in her own skin and not necessarily craving to show off or necessarily looking to take on a larger than life performance. Except that is when she gets on stage to act or sing.

Tells the 24 year old Brazilian transplant who comes from a long tradition of the arts through her own family who had a gospel band for 30 years back in Brazil:

“I came to NYC to study acting at the Stella Adler Conservatory, but at the same time I was intrigued with how one as an actress could live outside of their personal realms and adopt an alter ego whilst at the same time discover how I would behave and act if I was personally thrust in a similar situation.

Being an actress is so much about being in touch with myself and how one’s being extends outside of their comfort levels and a healthy curiosity for everything that is foreign to my experiences.”

As I’m sitting there Lelis suddenly takes on an expansive tone and starts tapping her foot as we then turn to listen to her latest EP single that she is set to release: “Dance the night away.” A song that hints at melodic tempo, throwback soul and even features the background chorus of thumping trumpets.
At once a vibrant feel good pop song and at one time hinting at the deep vocal talents of this rising star who can command a wide variety of vocal ranges I am curious to ask Lelis about her inspiration.

SCV: So nothing heavy and moody and hinting at the diabolical.

CL: Oh don’t worry those feelings are there but with this project I want a light hearted easy pop dancey feeling that will get you feeling good.

It’s a song about just getting up and being out there, no matter how you feel or what’s going on in your life. It’s about being optimistic and not denying oneself.

SCV: I take it you wrote the lyrics?

CL: It’s funny, I had never written lyrics before, and when I was told I would have to for this project I started finding that I actually had a lot that I wanted to say.
But at the same time I kept thinking here comes the moment of truth, everyone is going to discover how awful I really am and yet the more I wrote, the more I enjoyed the process and the more I became confident and was ablt to get past the fear and self doubt and just begin to express the real me.

SCV: Do you find as a performer you’re often craving attention?

CL: Actually not at all. I actually prefer keeping to myself and a small collective and don’t necessarily feel the rush to prove myself in front of people. That said I do enjoy the forum and see it as a wonderful way to express myself and come to terms with that part of me where I can take my talents and express them beyond a domain that I am ordinarily accustomed to. I like the challenge and exhiliration of that.

SCV: Are you looking to be famous?

CL: No not really. I am more interested in the artistic expression of self and where that takes me and I guess as long as I am still putting myself out there and enjoying the process I’ll be able to do good work that hopefully get me attention.

SCV: But don’t you think in the tabloid culture of today that might also require the press taking attention of your life beyond your work and what goes on in your private life?

CL: Well I know that’s certainly a way a lot entertainment people maintain curiousity and press but I am hoping that my work ethos and desire to be producing and being part of a good body of work will speak more for me than say any …?

SCV: Affair that you could have…?

At that point we begin to unabashedly laugh before Carolina Lelis begins to reflect:

SCV: Have you ever been in love?

CL: Well yes I actually have. I am glad I got that part out of the way.

SCV: I gather it hurt.

CL: Oh yeah for sure. Big time. But it was beautiful too.

CL: I’m really into underground hip hop. I just love it. It is very poetic and just blows my mind away.

I’m not that interested in aggressive gangsta rap and music that denigrates men and women. I don’t think there’s a need for it and I want to be able to enjoy and flow with the music.

SCV: If you had to be caught stealing what would it be?

CL: Actually I have never stolen anything, but if I had to steal something it would have to be a famous piece of art.

SCV: If you were to wear a shirt and it had to say something what would it say?

CL: I’m not sure. I don’t typically wear those. Maybe a funny statement?

SCV: How do you get away from it all, escape?

CL: I hang out low key and maybe see one of my favorite girlfriends but I am going to also say by taking on projects where I get to experience another world, maybe a character that I normally wouldn’t and that’s either as an actress or as a singer.

So often what we create and what we take on isn’t only to breathe and feel ourselves but to escape ourselves in the sense we are forced to experience the world from another perspective which of course ultimately helps inform you more about who you really are as a person.

CL: A person of integrity and creativity. A person who is fortunate who can get to experience a side of herself and by extension the world around her.

SCV: And maybe make us laugh and cry? 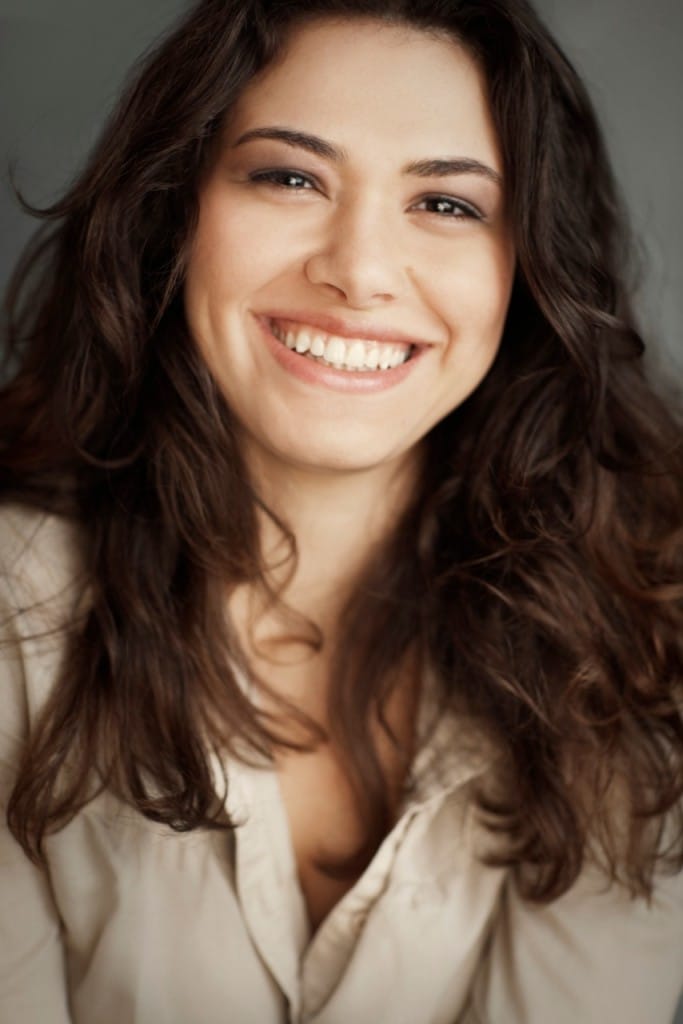 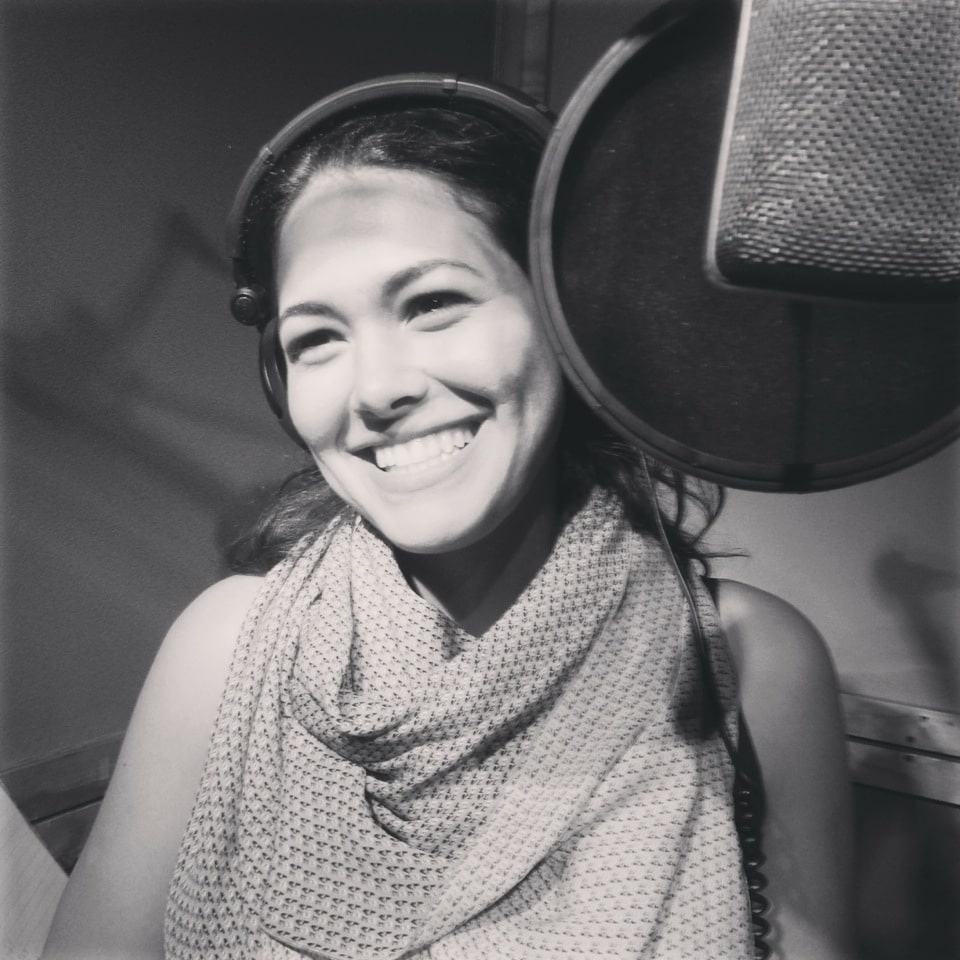