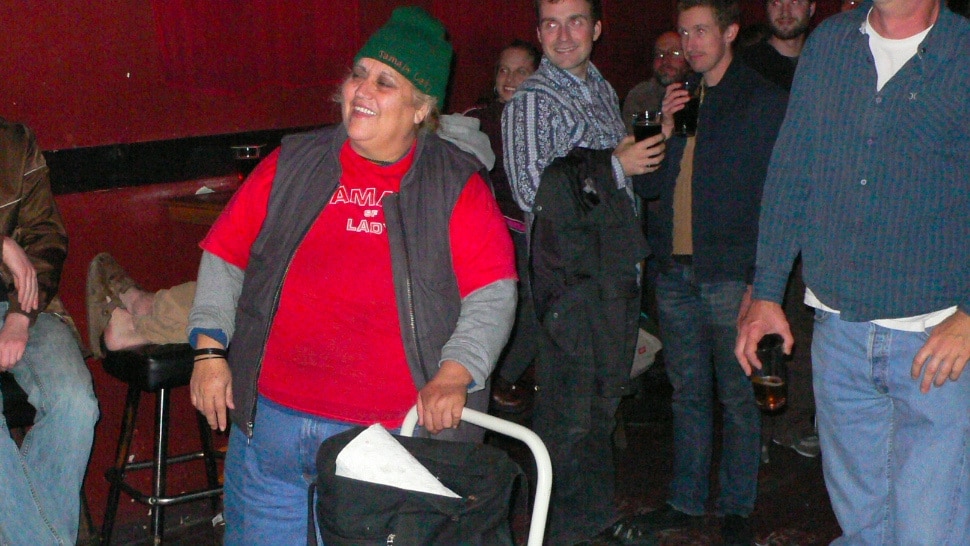 Virginia Ramos otherwise known as the Tamale lady is a San Francisco icon, but like many icons she now faces a nasty problem of how to continue extending her brand and her retinue of yummy tacos that local San Franciscans have come to love now that the bar, Zeitgeist from where she sells has asked her to move on.

Why has Zeitgest asked the Tamale Lady to move on? Because according to the city she doesn’t have a permit which in a round about way makes her an illegal vendor. This to someone who has spent the last 20 years comforting weary stomachs and souls with with her yummy version of good home made fare and indispensable advice to the love sick, existentially marooned and simply drunk and too weary of life.

Naturally this has hit some in San Francisco quite hard and a movement has begun to allow the Tamale lady to once again return to tending to the wounded souls of San Francisco and of course tending to their hearty appetite. Yes you all thought food vendors were inconsequential and replaceable, but fortunately for the Tamale lady who escaped an abusive marriage back in Mexico and who then settled in San Francisco in 1990, love is bountiful and here to stay. Not that the city necessarily cares about love.

But lest you think the city has a mean streak, Mission supervisor David Campos had this to say:

“There’s kind of a dead zone when it comes to small time street food vendors and pop-ups, unlike with food trucks and and brick-and-mortar restaurants.”

Campos rep Nate Albee said.”…We want to craft legislation that will make it clearer how to protect these vendors while assuring the public.”

“The Tamale Lady is not going down,” Campos went on to say. “We’re working hard right now to find options to make sure she stays in business.”

New options that might come to the fore include a partnership with La Cocina, a local start up that helps women launch their own businesses. Albee has gone on to tell La Cocina might be willing to fast-track Ramos into a program that would bring her up to code and allow her to still sell her heavenly tamales — hopefully still at Zeitgeist, where she loves working the most, she told SFist — or even at her own place one day:

“I come in from Mexico, I never go to school because I have to work for my kids, I got seven kids, I learn English, I write a little bit (you can see my twitters they’re really bad). But if you kids can help me, let me know. Maybe something on the Internet, so I can go sell tamales from the offices … then later when I’ve got more money then I can start my own little place.”

In the meantime, jezebel goes on to tell that San Franciscans can support (and party with) Ramos at her 60th birthday party at the Eagle Tavern on June 21st.

Doesn’t it make your heart melt when a city can take someone like the Tamale Lady in as one of their own and see to it that she’s still there to tend to their feisty appetites and jaded tortured souls… yes I’ll have two tamales thank you very much.