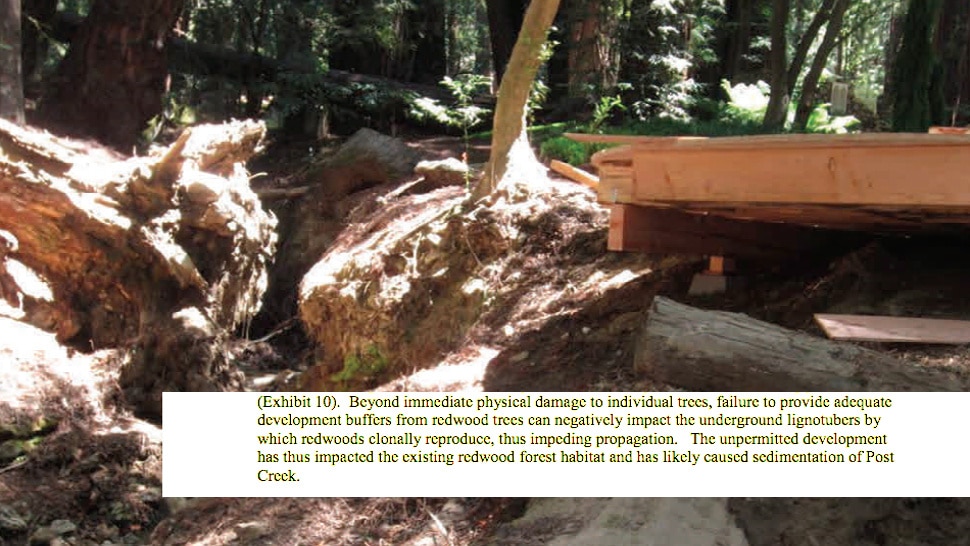 Because Sean Parker has more money than you deserve and he can do whatever his sweet self feels like.

Making the world grumpy this afternoon are the latest images stemming from the recent Sean Parker wedding to Alexandra Lenas this past weekend.

Yet the images the world is paying attention to one part founder of Facebook are not necessarily those that Sean Parker would like for you to see. Nevertheless he did what he had to and tore up the surrounding ecological landscape so he and guests could take in a one day fantasy wedding off the cliffs of Big Sur, California.

That magic only set our maestro back in $2.5 million in fines, never mind the permit he never bothered to get, yes that shit is for infidels like you and me who live from paycheck to ponycheck.

Billed ‘Neraida‘ the artificial castle landscape which was only meant to last a day has accredited itself with a litany of no no’s according to California’s Coastal Commission.

Glibly explains valleywag: The report says no appropriate anti-erosion mechanisms were put in place, and, like something out of a Disney villain’s dreams, Parker built fake fantasy amusement park walls right into giant old redwoods. “The unpermitted development has thus impacted the existing redwood forest habitat and has likely caused sedimentation of Post Creek,” the report says—Post Creek is notably home to threatened fish. Threatened enough already without being exposed to a billionaire’s dirt runoff and hubris.

Hmm, hubris that’s a big word isn’t it? But that it seems is what Sean Parker ended up creating to our collective chagrin who might never get to fully enjoy the landscape and its surrounding enclave and wildlife now that Sean Parker and co managed to suck its nutrients from out of our feet.

Continues the report, cause I want you all to see what a billion bucks buys you:

The Parker Respondents proceeded to perform unauthorized development activities within the campground. Existing roads and campsites were graded and contoured to create the appearance of ruins. Stone gateways and walls were constructed. Staircases were crafted around existing habitat and redwood trees. An artificial pond was dug and installed. A stone bridge over the pond was constructed. Several elevated platforms were created, some adjacent to Post Creek (Exhibit 9). Over 100 potted trees and plants were partially planted within the existing road beds and campsites, and lighting was installed in the redwood forest. In addition to the unpermitted development, other items to facilitate the event have also been placed on the site including tents and generators. 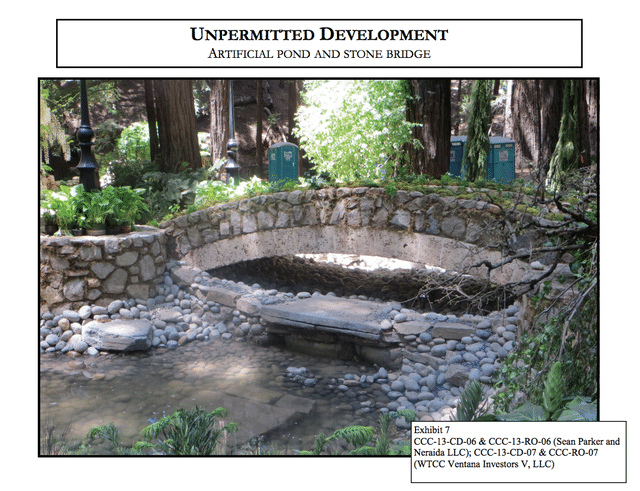 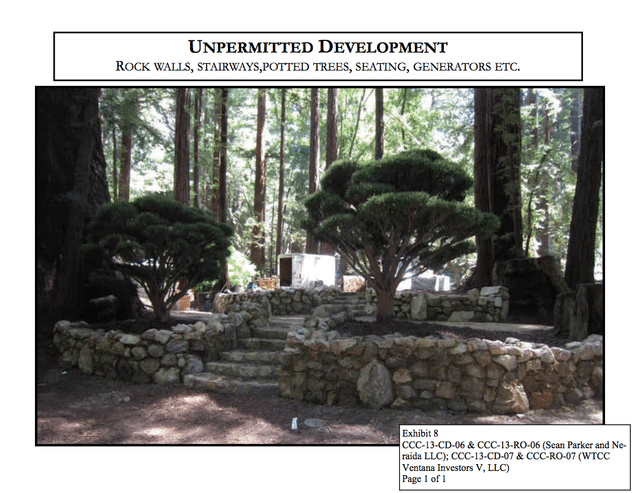 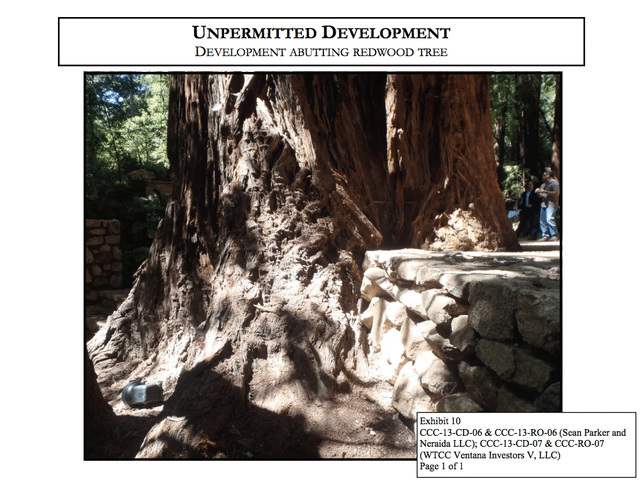 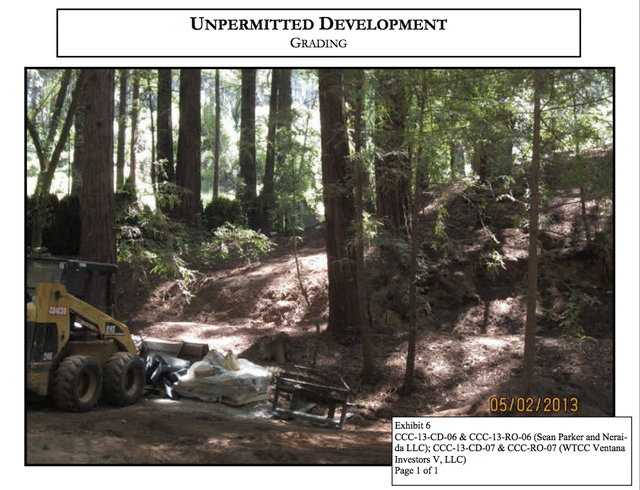 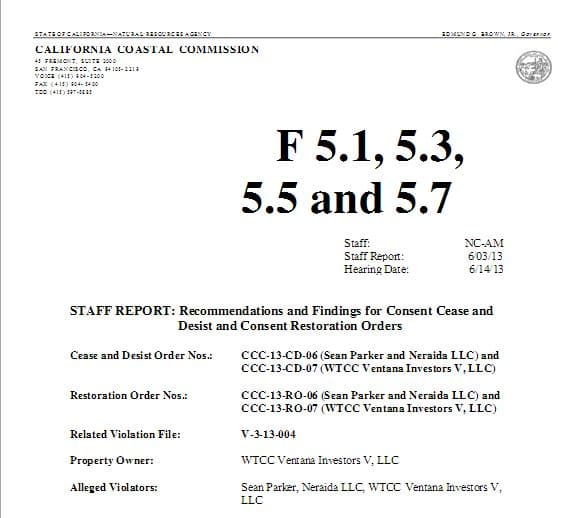