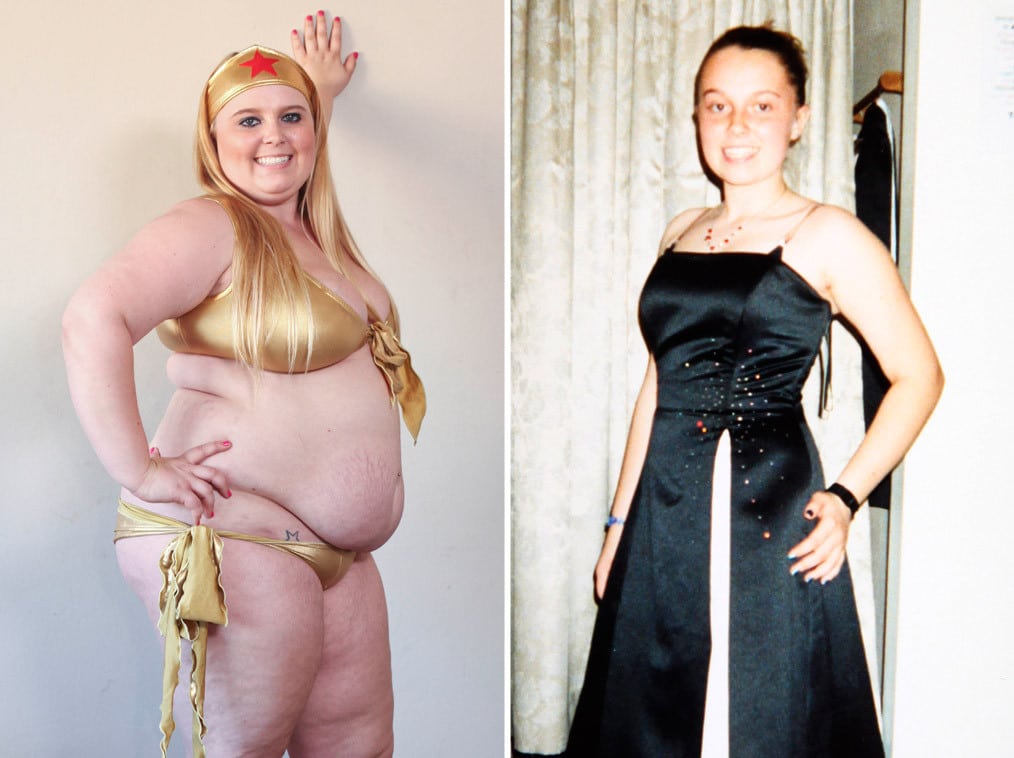 Tammy Jung, gorging herself to death for love…

Out of the Los Angeles comes the story of one 23 year old women, Tammy Jung who has made it her calling to become the fattest fetish model you ever dared hired. Fattest because Tammy Jung has worked out that is a burgeoning market that she ought to be exploiting.

The UK‘s  Huffington Post UK explains: While many young women are desperately dieting to drop the pounds, one girl is force-feeding herself with a funnel in a bid to become as fat as possible.

Tammy Jung, 23, was once a healthy eight-stone teenager who wore skinny jeans, loved playing volleyball and going out with friends.

But in a bizarre reversal of a crash diet, Tammy turned her back on her slim good looks, and spends her days indoors stuffing herself with fried chicken, donuts and whole blocks of cheese.

Fried chicken, donuts and whole blocks of cheese?Sounds like Tammy has having herself a wallop of delicious fun. Or is she?

In fact Tammy Jung She even allows boyfriend Johan Ubermen, 28, to pour ice cream milkshakes down her throat, in an attempt to put away 5,000 calories a day.

Tammy’s diet has seen her weight soar 3.5 stones every six months, and she now weighs 16.5 stone. Yet that is still far off her desired goal of 30 stone which may well mean a few more dollops of ice cream and cheese blocks. All small sacrifices reckons Tammy as she aspires to become one of the it fat fetish girls for hire.

Yet despite warnings that she may be doing her health in (you think?) and damaging her body Tammy insists she’s never been happier.

Tells Tammy: “I’ve never been happier than I am working to put on weight – nothing will stop me achieving my dream.

“I know it’s controversial but it’s no one else’s business – eating makes me happy.

“I’m making lots of money doing what I love – and I want to make even more.

“As far as I’m concerned there is no such thing as too big.”

From there Tammy sets out to explain how her daily eating regiment actually begins:

“I start the day with a huge breakfast of waffles, cream cheese, bacon and sausage then head to McDonalds for a few burgers in the afternoon.

“I can snack on cheese all day, a couple of blocks is no problem, then for dinner I’ll either eat pizzas or make Mexican food.

“At the end of the day I make a weight gain shake from heavy whip cream and a whole tub of ice cream, which Johan feeds me through a funnel.

“The funnel forces me to drink the shake even when I’m full after a day of eating.”

Nothing like a funnel to make sure every single calorie is accounted for is there? Not that her pimp and enabler Jonah Ubermen doesn’t mind giving his girlfriend a helping hand

From there Tammy goes on to explain how she finds herself getting ‘lots of requests to eat and weigh‘ herself on camera careful to note that ‘some guys even send me scripts so I know what to say.’

Because who doesn’t mind selling themselves and their life away at the hand of some punk voyeur watching their little pet project self destruct? 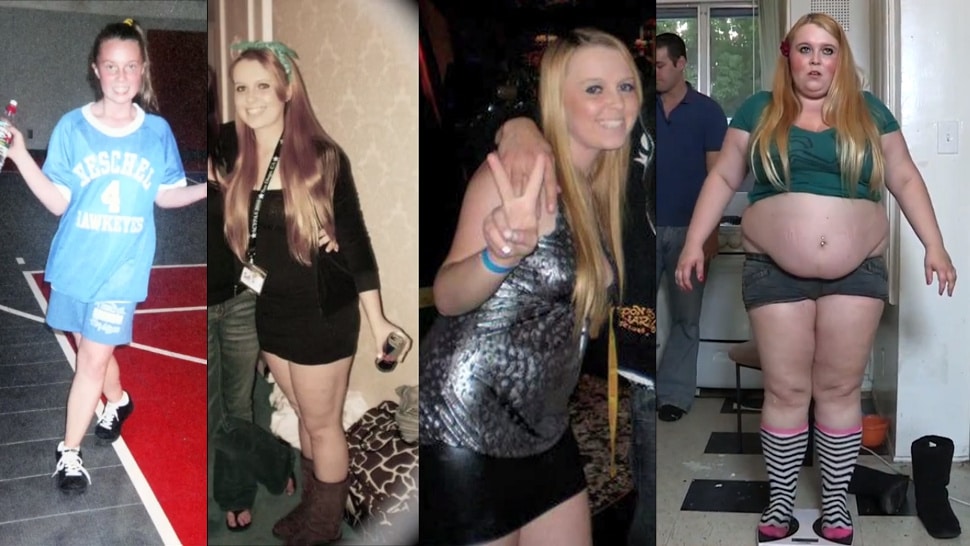 But it gets better,well in a sad way of course:

Incredibly, Tammy’s family have no idea what she does for a living – or that her weight gain is deliberate.

Tells Tammy: “My family have noticed that I am putting on weight but they still don’t know I’m doing it on purpose.

“They probably wouldn’t agree with it but I’m making a living and supporting myself.”

Tammy Jung who currently clocks in at just over 230 pounds, says she expects to reach her goal of 420 by the end of next year.  Assuming of course she is still alive come next year…

Through her fetish site, Jung expects to ultimately earn $3,100 a month.

Isn’t it time you reached out to Tammy and paid her to eat a block of cheese in front of your very eyes tonight. Hopefully her boyfriend Jonah will be there with an extra funnel or two to make sure every cheese crumb is scooped up.