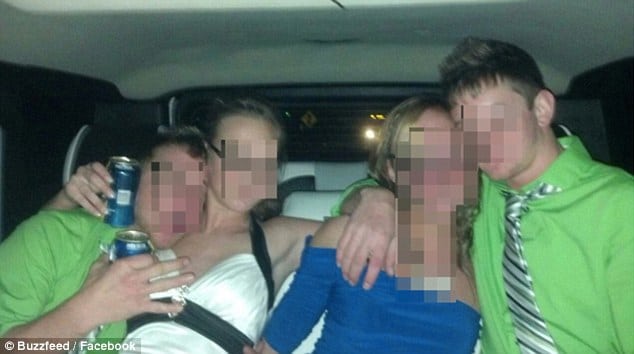 It seems Facebook has managed to court a new demographic who are hell bent on experimenting with popular culture. Known for their observance for traditional living, scorning materialism, technology and shunning popular culture, Amish teens are now using the social media site in droves to experiment during the period of Rumspringa, a traditional courting period for 15-16 year old Amish teens.

In a feature via buzzfeed the outlet goes on to explore how Amish teens have now turned to the ubiquitous social media platform to organize parties and brag to their friends about their new English (non Amish) haircuts and lifestyle.

‘They love the stuff, but they don’t have a lot of experience with it.’

Reveling in their new found freedom Amish teens have gone on increasingly to post ‘selfie’ photos, images of their drunken friends,congregating at parties as well as showing off in their non Amish clothes. Not a bad accomplishment considering that for most Amish the idea of even sitting for a photograph is seen as sacrosanct and not in keeping with the rules of the community.

Where as previous congregations may have drawn a few dozen teens, facebook has now allowed numbers to swell as wider viability has led to a greater following and participation from away counties and from even outside states. 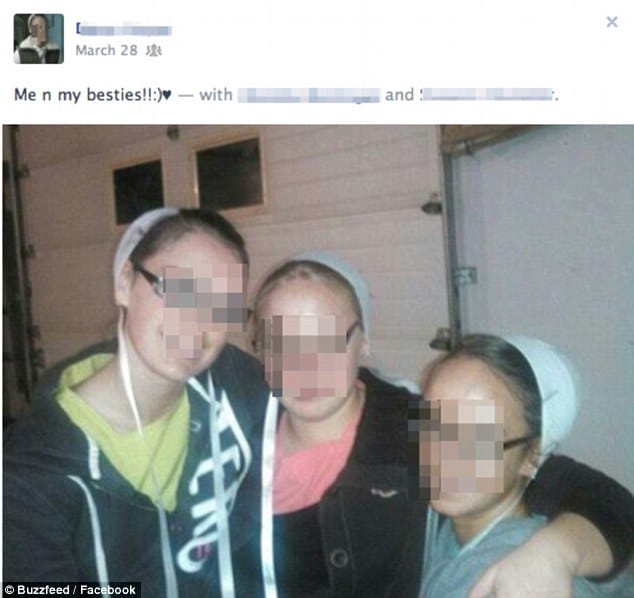 Yet here is where things get interesting, as much as facebook has served to open the corridors of social interaction, it has to date only stayed within the Amish community with most Amish shunning non Amish individuals as they seek to date within their own community.

Tells Steve Nolt via Lancaster Sunday News in a piece that first appeared in 2011:

‘It serves [as] an insulating social network – one more way that Amish youth socialize only with other Amish youth – rather than a means of expanding Amish social circles.’

Reflects buzzfeed: There is a huge spectrum in terms of how much different Amish communities embrace the modern world, even during Rumspringa. But the more liberal ones party hard, take road trips, watch tons of television, dress like non-Amish — and embrace the internet.

Computers are still rare, since they’re much harder than phones to charge on solar- and battery-operated generators, or car batteries, which they use instead of regular electricity. (Rumspringa kids usually live at home, despite common misconception.)

But iPhones are coveted. Teens in Rumspringa can be found texting and messaging constantly (“off work nw let start da wknd;)lol,” wrote one Amish girl on Facebook).

The UK’s dailymail goes on to tell that at the end of Rumspringa, the teens must choose whether to be Baptized as Amish as rejoin the community or whether to abandon their families and way of life for the modern world.

Not surprisingly the vast majority of teens choose the Amish life, even if more and more Amish teens are resorting to non traditional and much frowned upon modes of platforms to now meet each other. Modes of communication and technology that many elders and leaders within the community deeply distrust. Not a bad thing considering that elders might be shocked to see what passes for courting these days during the period of Rumspringa. 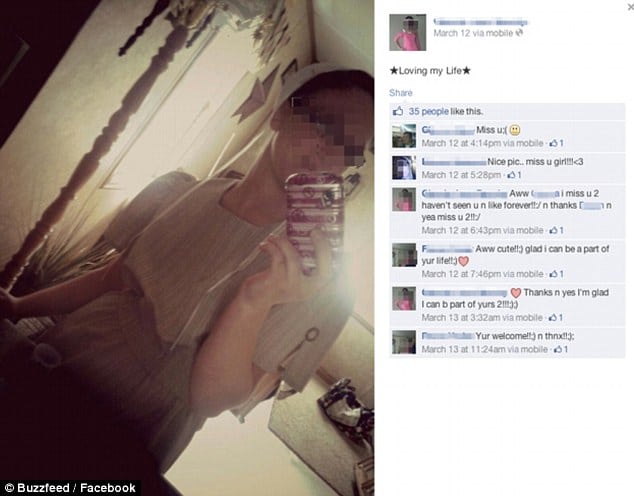