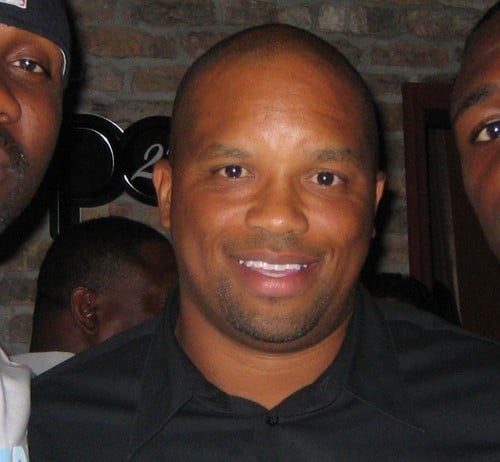 Marc Carson a 32 year old man was shot dead by thugs whilst walking with a male companion during the early morning hours on Saturday morning in New York’s Greenwich West Village. The murder has led to investigators looking at possible links to a series of disturbing gay hate crimes in the area.

According to authorities Marc Carson and his companion was approached by three Hispanic men who began harassing the pair with anti-gay remarks. One or two of those three men then evidently recrossed paths with Carson a short while later, gunning Carson down at point-blank range outside of Gray’s Papaya at West 8th Street and Sixth Avenue.

At the time the gunman had earlier that evening walked into a local restaurant and made homophobic comments to the bartender, and showed the bartender his gun, telling employees that he was behind Sandy Hook and would shoot them too.

Upon leaving the restaurant, gawker goes on to tell the suspect then apparently encountered Carson and his friend, asking them if they were “gay wrestlers.”

After running into Marc Carson a second time after earlier accosting him the gunman then asked him “Do you want to die here?” From there he blasted a shot from .38 revolver into Carson’s face and then fled.

Police say the gunman was eventually apprehended and that he appeared crazed and confessed to the shooting. But, according to reports, the gunman was carrying multiple fake IDs and it wasn’t until further investigation that he was identified as Elliot Morales. The man’s two other male cohorts were later also apprehended.

The shooting which took place in Greenwich Village, a is long associated neighbourhood with the gay-rights movement. Yes the irony couldn’t  be more prevalent.

This is a stark reminder that, despite the social progress that has been made in recent years, we can still be senselessly murdered for no other reason than daring to be openly gay. To say there are still many people who view us as less than human is not an overstatement of the current situation.

For shame, humanity, for shame.