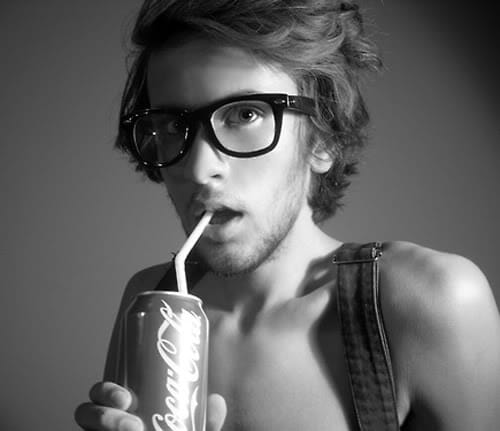 Strangely enough, I actually like hipsters. And while I normally insist on starting my columns with off handed stabs at whoever I’m writing about, I’m going to just admit that I actually enjoy hanging out with hipsters. I rather enjoy indie films, drinking Pats Blue Ribbon and discussing poetry written by deranged alcoholics, it relaxes me. And besides, hating hipsters is so mainstream now that by liking them I am slowly joining their ranks.

It is because of this reason that I was so shocked to hear that an Orthodox Jewish school recently banned the retro, thick framed glasses that the hipsters have claimed as their own.  The folks over at The New York Post, wrote about this not too long ago. Turns out that Bobover Yeshiva B’Nei Zion, a high school in Borough Parks sent a letter written in Yiddish to the school parents asking that they “buy only simple glasses”. The administration at the school continued by explaining that they will not “tolerate this new modernism” and that the glasses give the students “A coarse look”.  They continued by writing…

“The good deed that accompanied the Jews in Egypt was that they didn’t change their names and clothes, and this same strength is still accompanying us and maintaining us in exile — in all generations,”

The school administrators reportedly went to visit the local eye glass stores. They systematically went about sorting the displayed eye wear into categories of acceptable and unacceptable. Plain, rimless glasses are preferred it seems, and those hipster specs just aren’t going to cut it any more.

Oh well, the hipster armies have been taking blows like this for a while now. They have gotten really talented at getting over these things. And if I know anything about hipsters, it’s that they will do the complete opposite of what ever any authority figure tells them. And so I stand with my brothers who were doing things before it was cool to do things before it was cool.

the above image can be found here